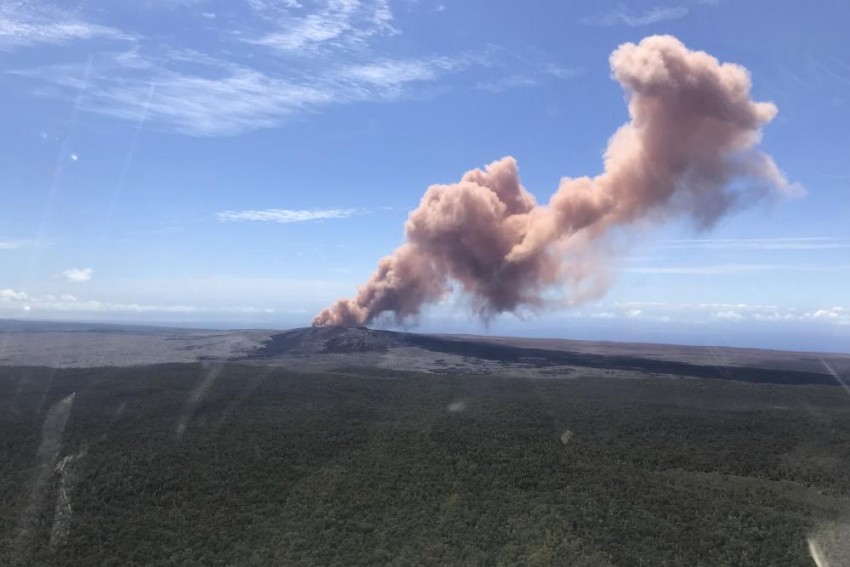 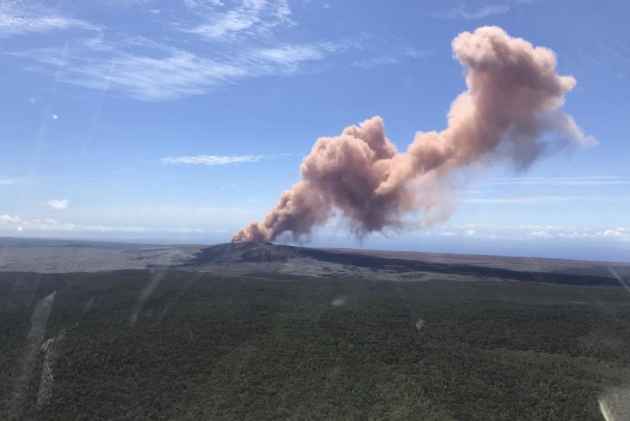 Over 10,000 people have been asked to leave their homes on Hawaii's Big Island following the eruption of the Kilauea volcano that came after a series of recent earthquakes.

"Department of Public Works reports steam and lava emissions from a crack in Leilani Subdivision in the area of Mohala Street," the Hawaii County Civil Defense Agency wrote in a Facebook post.

An official added the zone is home to about 10,000 people, and was a "voluntary evacuation." US Geological Survey authorities of the Hawaiian Volcano Observatory unit were both on the ground and headed into the air to assess the eruption, which began yesterday around 4:45 pm local time .

At 10:30 am a 5.0 magnitude earthquake south of the Puu Oo volcano cone triggered rockfalls and potential collapse into a crater on the volcano, according to USGS.

"A short-lived plume of ash produced by this event lofted skyward and is continuing to dissipate as it drifts southwest from Puu Oo," an advisory from USGS said, warning that "anyone downwind may experience a dusting of ash." Authorities said hazards linked to the ongoing eruptions could include "potentially lethal concentrations of sulfur dioxide gas" in the zone as well as methane blasts that could propel large rocks and debris in adjacent forested areas.

"Please be alert and prepare now to keep your family safe," Ige wrote on Twitter.