The Writer Will Not Dance

The situation between writers and Santhals is actually fairly similar... 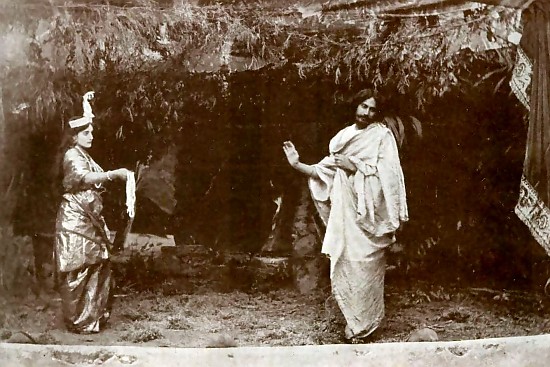 The Adivasi Will Not Dance is the title of story from Hansda Sowvendra Shekhar's latest collection and as the title implies it refers to the Adivasi. A quaint tribal who can be called out to entertain the malik as Santhals in Santiniketan do when groups of tourists come exploring the red earth of the khowai. Mangal Murmu is the Adivasi in question, a musician man who has grown old on the lies and promises of those who do not belong to his tribe, who have not been nurtured by the rich legends of the soil in which he has his roots.

But the issue here is not Mangal Murmu who has suddenly received a letter from the Government on thick ivory paper requesting him to perform with his troupe on a very important occasion. The issue is that of a spate of writers who have turned in their Sahitya Akademi awards as protest against a flood of murders and lynchings on which the Government refuses to comment. MM Kalburgi's death taking prime position with all the rest gradually mounting.

Murmu's troupe is scattered because the performers have no money to live on since the world around them is busy with their quest for mineral rich land — land which does not belong to the politicians or the industrialists but to the Santhals and their earthy, rooted race. However no one listens to the advasis because what matters to the powers that be is the land — the Santhals are only there for entertainment.

Without stretching the point situation between writers and Santhals in Shekhar's story is actually fairly similar, the writers are being robbed of the freedom of self-expression while the adivasis are having their means of life and livelihood stolen from them without a by your leave. An urban society discovers that what rules is not the Government that promised a million rights before it was voted into power but a body compounded of checks and barriers breathing Big Brother like over the shoulder and remaining silent in the face of organised violence.

In Shekhar's story Murmu finds himself increasingly at a loss — his troupe comes to him for food and sustenance and he has none to offer them. All he has at his disposal is the freedom to protest staged at the most crucial moment back against the wall in front of the Prime Minister who has come to inaugurate the factory that will destroy their woods and forests and in the long run the culture that they stand for.

What price does culture have? NayantaraSahgal, Ashok Vajpeyi, K. Satchidanandan and Shashi Despande have discovered that it has none at all.Sara Joseph said, while returning her Rs 50,000 purse, that she was living in a country where 'individuals do not have the freedom to eat what they like or to love a person of their choice'. Do writers dance? Yes, they do, at literary fests tomtomming their freedom of speech or when they are called upon to demonstrate a constitutional love of culture.

The odd thing was that it all started in Santhal land where an honorary Santhal named Rabindranath Tagore threw  his knighthood in the face of the British Government — albeit politely — on the heels of a massacre.

'Advasi' from Shekhar's point of view equals entertainer of some kind — and he knows what he writes about.  Writers and artists,are another kind of adivasi utilised for the purpose of entertainment and ignored whenever they form an inconvenient kind of barrier to whatever the system thinks it should or should not do — especially in a country where currently the only recognized form of literature is the epic. Add to the list other exotic species like tigers and teakwood trees whose territory is being divided by national highways simply because they too have no voice of their own but are only expected to dance.

As to the rest — silence.