The Temple Of Democracy

What next? Murder in the Lok Sabha? Stabbing of the Speaker? A time bomb under the PM's seat? 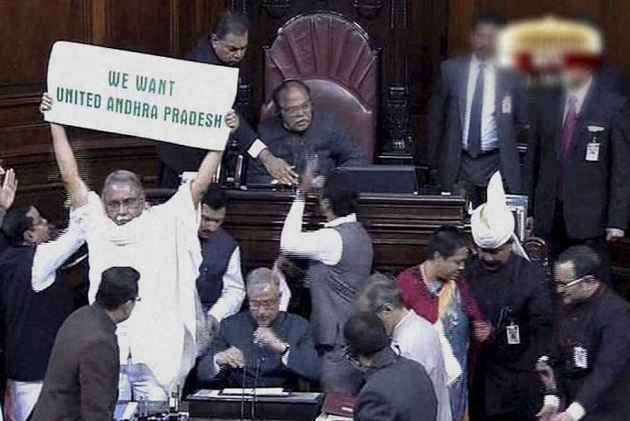 "You have sat too long for any good you have been doing. Depart, I say and let us have done with you. In the name of God, go!"

— Oliver Cromwell in 1653 to British members of Parliament

The tolerance threshold of the Indian citizen to put up with disgust, outrage and infamy is of yogic proportions. We observe the despicable, shrug our shoulders, and continue with our harassed life. Happily, now even these cosmic levels of tolerance may have been breached. Rock bottom means rock bottom.

The 'competitive hooliganism' witnessed in Parliament last Thursday could finally convince the nation that enough is enough. Observe how easily words like "shame", "disgust", "rape of democracy" roll down the lips of the accused. Watching our honourable MPs profess profound regret and "time for introspection" on television seemed to many like an exercise in practised humbug. How soon, i thought, will these people get back to business as usual?

I don't carry a stopwatch, but it didn't take more than three minutes. Having atoned for their sins by spouting their favourite opening line, "First of all let me say how sad i feel about what happened in Parliament," they got down to the blame game. Congress said BJP did it, BJP said, Congress did it, TDP said they were forced to do it, pepper spray MP said he did it to protect himself from grievous assault. All the jihadis in what looked like a terrorist attack had an alibi. It would appear as if they had been coached by ISI! 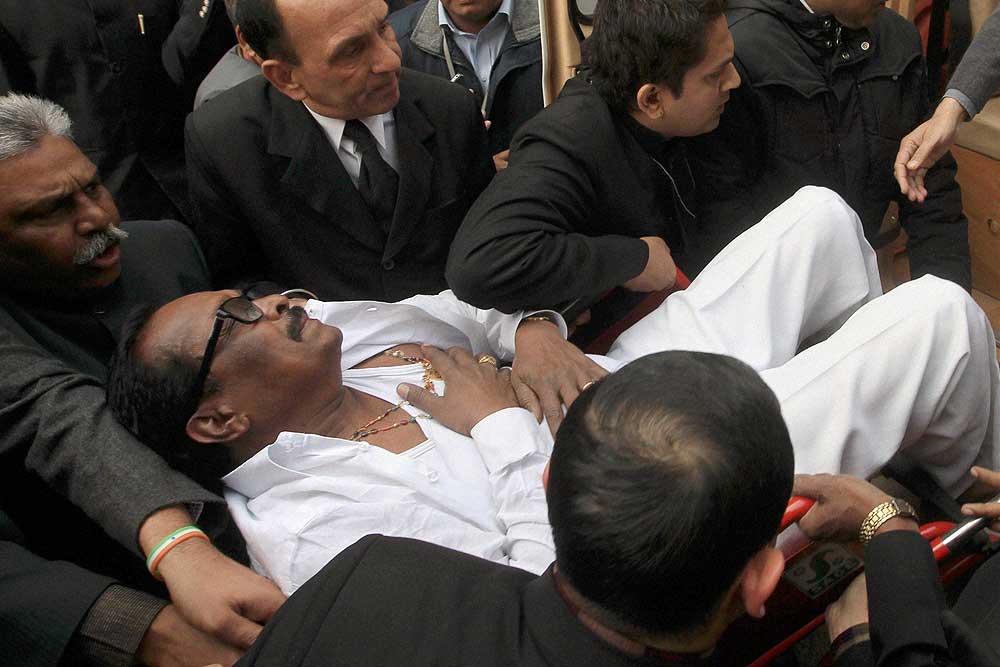 End of story? Perhaps we will have a couple of days of breast-beating and scathing editorials before all is forgotten if not forgiven. Before absolution is achieved and we get back to "normalcy" in the "temple of democracy." In other words our MPs return to familiar disruption techniques: fisticuffs, ripping up mikes, tearing bills under the nose of the Speaker. Meanwhile, the useful idiots can go on moaning about the 15th Lok Sabha losing 40% of its time at Rs 2 crore a day.

I can remember dinners hosted by at least three Speakers — Manohar Joshi, Shivraj Patil, Somnath Chatterjee — where the great and good of the land (mostly editors) were invited to discuss why Parliament is held in such low esteem by the common man. And more specifically to discuss why media does not pay attention to all the admirable and serious debates in Parliament. Why do newspapers and TV channels only focus on the shouting and screaming rather than the crucial discussion on, say, the near extinction of the Jarawas in the Andaman islands?

Since these were convivial, protocol-abiding gatherings we were required to scratch only the surface. A bolshie editor or a veteran special correspondent might remind the host that misbehaviour of his flock was the norm not the exception. The dinners would end with TV cameras being held responsible for the misbehaviour of the legislators.

At one of the dinners, Somnathda, whose wit and humour are still celebrated in the corridors of power, asked me if I had any suggestions for improving the working of Parliament, keeping it disruption-free. I suggested that an MP who enters the well of the House be suspended for the whole session without any show cause notice or explanation sought. Additionally I suggested the party he or she represents should be shown the Yellow card, with two Yellow cards warranting the suspension of the entire party from the session.

Somnathda laughed before admitting I had made a good suggestion. But he quickly added, he had put roughly the same proposal at an all-party meeting. It had been rejected outright with the rejection finding complete unanimity among MPs. He then asked me if I had any other ideas. I said no and thought it wiser to concentrate on the butter-filled navratan korma.

Cynicism apart, is there any possibility that our MPs, having indubitably crossed the Lakshman rekha, will be shamed into initiating reform of Parliament. Doubtless, this is a complex, multifaceted issue.

However, if we narrow it down to just ensuring that disruptions in Parliament are minimised so that we have a Lok Sabha which at least functions without stoppages, it would be a step forward. Bums on seats does not seem to be a very ambitious reform agenda.

The least the citizen would expect from Thursday's horrible stain is that legislators from across the political spectrum come together and frame watertight rules of behaviour which ensure Parliament ceases to resemble a wrestling pit. You will agree that in the present enraged national mood this is a modest proposal, a minimalist programme for tinkering with the dreaded System. (Oh System, what sins are committed in thy name.)

In one of his seminal essays, George Orwell argues that corrupt politics and corrupt language are inextricably linked. They go hand in hand. I have no intention of justifying Thursday's disgrace, but is it reasonable to expect our Parliament to remain uncorrupted when all other democratic institutions in the country are irredeemably corrupt? In the end, we get the Parliament we deserve.

So, what next? Murder in the Lok Sabha? Stabbing of the Speaker? A time bomb under the PM's seat? Agatha Christie, where are you? Hundreds of readymade plots await you at the temple of democracy.