The States Of The Nation 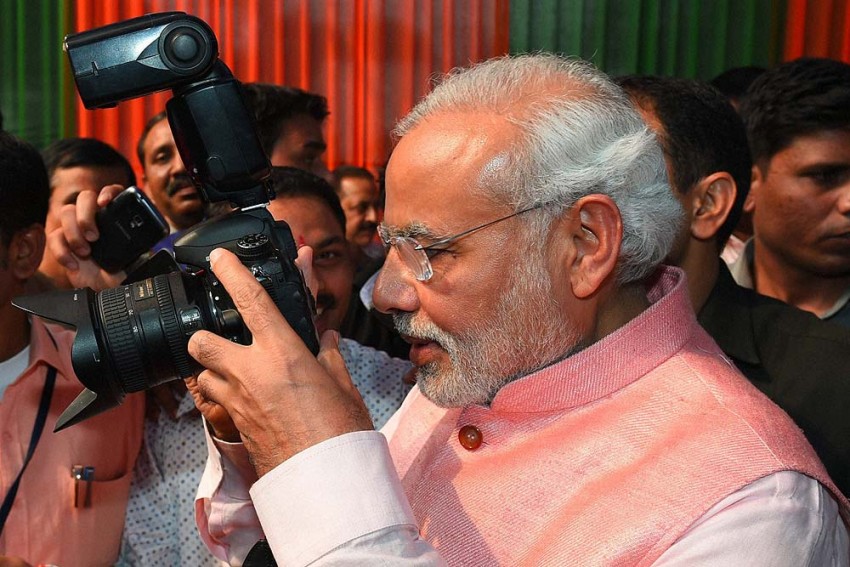 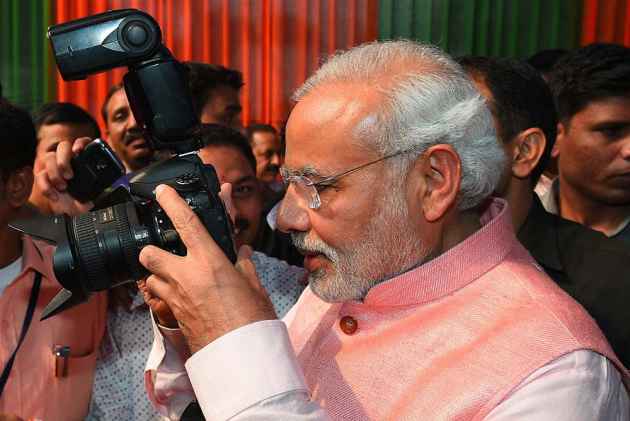 Hope is a good breakfast but a bad dinner. The Congress realised this much to its chagrin when an impatient India sent it packing and now waits expectantly while saffron replacement Narendra Modi lays the table afresh.

For the moment he seems intent on clearing the gargantuan kitchen. Maharashtra and Haryana have just been swept clean of the Congress and NCP in the state assembly elections held this month and are set to be replaced with a spanking new saffron set-up headed by Modi’s trusted men.

Next year, 2015, is the turn of Bihar to go to the polls followed by Tamil Nadu, Puducherry, Kerala and Assam in 2016 and Uttar Pradesh, Manipur and Punjab in 2017.

Congress is now reduced to ruling in only 10 of the 29 states in the country, five of them—Assam, Manipur, Arunachal Pradesh, Mizoram and Meghalaya—in the Northeast, a junior partner in Jharkhand, besides Himachal Pradesh, Uttarakhand, Kerala and Karnataka.

The Indian political ‘plate’ has been seeing considerable seismic activity. From decades of Congress party domination, the scene shifted to intermittent but ineffective opposition- led, broad spectrum governments headed by Morarji Desai and Charan Singh (1977-1980). Soon, Indira Gandhi was back in 1980, who gave way to son Rajiv Gandhi following her assassination in 1984. Rajiv, in turn, was followed by the Janata Dal government of V.P. Singh and Chandrasekhar of Samajwadi Janata Party (1989-91), with the Congress returning in 1991 under P.V. Narasimha Rao following Rajiv Gandhi’s assassination.

The BJP led by Atal Bihari Vajpayee came to power in 1996 but could not put together the numbers and was followed by H.D. Deve Gowda and I.K.Gujral (1996-1998) before Vajpayee returned in 1998 heading a BJP- led NDA coalition. It was ousted in the next general election in 2004, and the Congress returned, leading another coalition, the UPA government, holding power for two terms before giving way to a Narendra Modi led BJP government in 2014.

The last term of Man Mohan Singh’s UPA government led to popular revulsion as regional parties ran riot holding the government to virtual ransom and corruption scaling Himalayan highs. Desperate to hold on to power at any cost, the Congress just buckled under, running a rag-tag government. So overtaken was the leadership by greed that it forgot to even take a page out of Indira Gandhi’s book. Whenever cornered, she would opt for elections, going to the people with a new slogan (‘garibi hatao’ etc) and invariably come back with a majority.

It has taken over a quarter century for the pendulum to swing from Congress rule through unstable opposition led governments, then coalitions to a BJP majority rule in 2014. The process has been painful, but mercifully, the end of the tunnel seems to be visible now.

Through subtle strategic manoeuvres, pushy politics, and brazen brand building, Modi cut through the clutter in his own party as well as the Congress to catch common imagination. And the rest, as they say, is history.

The Maharashtra and Haryana election results have only underlined the fact that the downward spiral of the Congress still continues. It is yet to pull out of the demoralised disarray that it finds itself in. Rahul Gandhi had done well to go back to the drawing board to refashion the party from scratch, more in keeping with the aspirations of a young, educated and dynamic India but seems to have given up mid-way in the face of reverses and criticism. He could start anew by studying his grandmother’s political moves more closely. At least, his arch political rival, Modi has done so. He had mercilessly decimated all opposition within his own party in Gujarat to emerge as the unchallenged leader. He repeated the feat without remorse at the national level to become the spearhead of the party in the 2014 general elections and sail through.

Even in the present post-poll scenario in Maharashtra, it was Modi who decisively turned the tables on the NCP. Sharad Pawar’s party was gamely exploring the possibility of a tie-up with the Shiv Sena. A call to a top industrialist was apparently all that it took from the highest quarters in Delhi warning of the bulging skeletons languishing in central cupboards. Whether fact or a mere coincidence, within hours the NCP announced unconditional support to the BJP government in Maharashtra, reducing the Shiv Sena from a roaring tiger to a meek mouse.

With the Congress still spreadeagled, Modi and his man-Friday, Amit Shah, have a head start of sorts. The Congress has not found time to appoint a new president of the Gujarat unit after Arjun Modvadia put in his papers owning responsibility for the Gujarat Assembly polls debacle in 2012. On the other hand, Amit Shah already has a new assignment from Modi—to begin work on Bihar, West Bengal and Jharkhand for the polls.

While railing against the Congress, Modi is actually targeting regional parties. His strategy involves ensuring that the Congress loss does not become any regional party’s gain. Thus it is that the INLD in Haryana and the Shiv Sena and the NCP were both targeted by the BJP in Maharashtra. Next in his crosshairs is Nitish Kumar’s JD-U in Bihar, the JMM-Congress combine in Jharkhand, Mulayam Singh’s Samajwadi Party in UP and Mamta Bannerji’s Trinamool Congress in West Bengal. With popular perception inclined to buy Modi’s argument that proliferating regional parties are not good for national interest, and same party governments in the centre and the state ensure better development, the fortunes of most of them seem set to plummet in the elections to come.

Similarly his move of pulling out all stops in aiding the flood hit people of Jammu and Kashmir and spending Diwali in Srinagar and Siachen are all designed to reap fulsome results. As things stand, more states will fall into the BJP kitty in the days and years to come. Don’t be surprised if you see a BJP government in Bihar, Jharkhand and a very strong presence even in West Bengal and Jammu & Kashmir.

Watch-out, for Modi is eating “states” for breakfast!