Hindu hardliners have for long been pressing for a signal step that forcefully puts forth the commitment of a Sangh-supervised government. 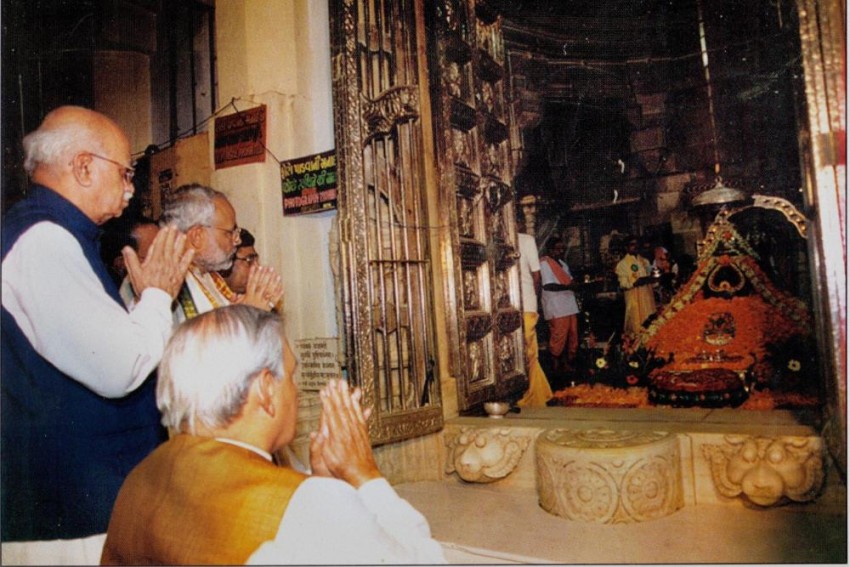 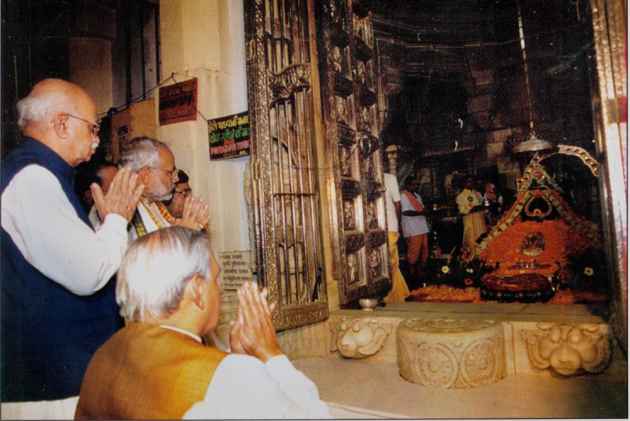 The Somnath temple is one of the ancient temples of India and is first among the twelve adi jyotirlingas. It enjoys unparalleled piety and position in the faith.

The Shri Somnath Trust (STT), a religious trust, which manages the temple, put up three public notices at the main entrance and Digvijay Dwar last week, which directed that non-Hindus will have to seek permission to enter the temple. STT has eight trustees, four nominated by the state government and an equal number by the Central government. Keshubhai Patel, the first BJP Chief Minister of Gujarat is the chairman while Prime Minister Narendra Modi, former deputy Prime Minister LK Advani and former Gujarat chief secretary PK Leheri are amongst its trustees.

The Prime Minister has a decisive say in all important matters concerning Gujarat. K Kailashnathan, a retired senior IAS officer who headed the CMO during Modi's tenure in the state, continues to do duty at the same post even in the Anandiben Patel government. He is the eyes and ears of Modi in Gujarat amongst numerous others in and outside the government. It goes without saying that no one has the temerity to take such a decision without his knowledge.

Was it without reason that BJP president Amit Shah had been camping in Gujarat for three days when the Somnath news broke? The ostensible reason was the forthcoming civic polls — which are still far away. Is it also another coincidence that food minister Ram Vilas Paswan arrived in Ahmedabad immediately after to address the media on Maggi and touched on Somnath to soothe some ruffled feathers?

The reason cited for the discriminatory notice is security and to protect the sanctity of the famous Shiva temple. Such a fear did not move Modi when he ruled the state for over 12 long years. This period saw the post-Godhra statewide violence in 2002 and the terrorist attack on the Akshardham temple the same year, besides the 2008 Ahmedabad serial blasts, to name a few. These were serious incidents in the life of Gujarat and not a mere perceived threat. The conclusion is obvious.

The fact is that Hindu hardliners have for long been pressing for a signal step that forcefully puts forth the commitment of a Sangh-supervised government. This is one such move in true Modi style with all the safeguards of fallout control in place.

That the Somnath agenda of those at the helm of affairs is distinct from the approach of the numerous other Hindu places of worship in the state was brought out by two Hindu reporters of an Ahmedabad tabloid who went around temples in the town posing as a Muslim couple. Almost all of them including the famous Jagannath temple of Ahmedabad and the Gurudwara Gobinddham treated the couple with warmth and offered them 'prasad'. Their report in their newspaper (Ahmedabad Mirror), in graphic detail, spoke a heartwarming tale of the breadth and depth of the real Hindu faith and the politics laced agenda that is sought to be pursued for polarisation purposes.

Though the Maggi controversy is not the subject of this piece, there is an interesting side, which one would like to relate. According to a report, Nestle, which owns the brand, has hired US lobbying and Public Relations firm APCO World to 'reinstate' its reputation. Interestingly, the Modi government in Gujarat had hired the same firm in 2009 as the official relationship partner for its Vibrant Gujarat Global Investor Summit 2011 and 2013 as well. APCO will now work to suture Nestle's injured image with the Modi establishment in India.