The Significance Of Modi's Saudi Trip 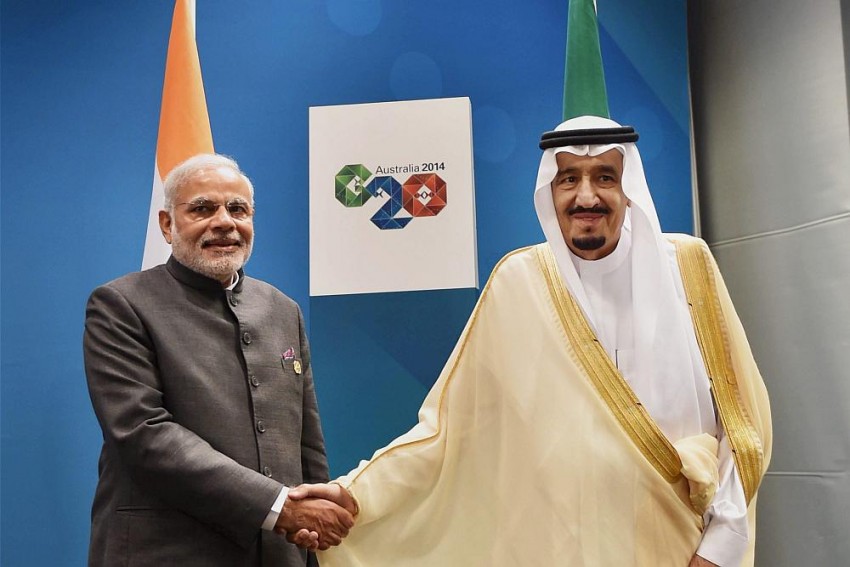 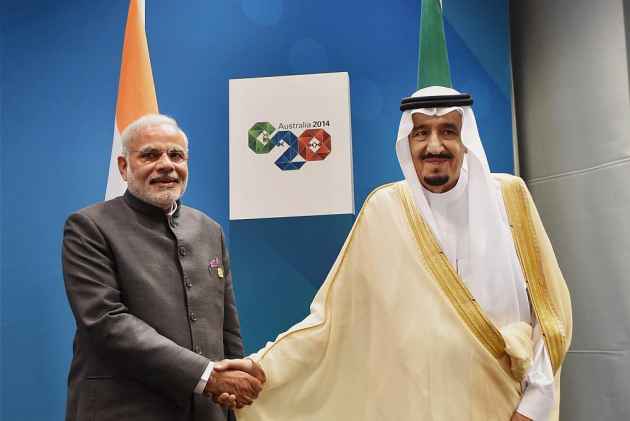 Narendra Modi, whose humble origin as a "chaiwallah" (tea-seller) has been much-publicized in the past two years, will do a 'chai-pe-charcha' with Indian workers in Riyadh during his maiden visit to Saudi Arabia early next month.

But unlike in the past when he engaged with huge gatherings of Indians in public—including addressing them in different stadiums—he will not be able to do so in Saudi Arabia. The Saudi law prohibits any assembly of people for political reasons. And it is obvious that the Saudi leadership will not allow such a gathering for a foreign leader.

Hence Modi has decided to visit a worker's mess in Riyadh when he travels to the Saudi capital between April 2 and 3 for a ' chai-pe-charcha' with Indian labourers living there. The engagement will help the Prime Minister problems the workers have been facing in the country. This will be highlighted by him during his engagement with the Saudi leadership on ways to improve the condition of the Indian workers.

The Indian Prime Minister has often done the tete-a-tete over a cup of tea to engage with world leaders, including, US President Barack Obama. But this time he will do so with Indian workers on a foreign soil.

Modi is also scheduled to visit a Tata Consultancy Service (TCS) Centre in Riyadh where large number of Saudi women are being trained on Information Technology and related issues of computer science. The TCS Centre had less than a hundred women enrolling there when it opened a few months back. But now it has several thousands of them and is one of the most popular training institutes in the country.

However, Modi's engagement with Indian workers in Riyadh is politically significant. Since he became Prime Minister in May 2014 Modi has gone out of his way to seek out and engage with members of the Indian diaspora during his foreign travels. But most of them have been from the well-to-do Indian community. A significant section among these has also been friends or members of the BJP outfit abroad. The Prime Minister has often been criticized for ignoring the humble Indian workers who through their remittance each year—amounting to over $ 60 billion—has significantly contributed in taking care of a substantial part of the Indian oil bill. Besides, the money sent back home by them have also helped in running several million families back home.

Nearly eight million Indians live and work in West Asia and over three million of them are in Saudi Arabia, majority of who are blue-collared workers. Modi's engagement with West Asia—strategically an extremely important region for India—began last year when he visited United Arab Emirates. In UAE, which has about 1.8 million Indians, Modi addressed several thousands of them at the Dubai stadium. Such a luxury for him will not be available in Saudi Arabia and he will have to make do with engaging with the Indian workers in the Riyadh mess. Though a reception at the Indian ambassador's residence will allow him to engage and interact with some more members of the Indian community.

Modi's visit to Saudi Arabia gathers diplomatic salience for a number of reasons. Saudi Arabia is the leader of the Sunni Muslim world, the key source for India's energy needs and is host to three million Indians. Several thousand Indians visit the two holy mosques in Mecca and Medina for Hajj every year. Besides, India is also looking for Saudi investments in its infrastructure development and the PM's "Make in India" programme.

Additionally, the entire West Asia region has been in a state of flux and turmoil for several years. The war in Syria, Yemen, and the rise of the Islamic State and the threat it poses to many countries in the region and beyond only adds to the strategic importance of the region. The successful conclusion of the nuclear deal between Iran and the Western powers has only enhanced the feeling of a stronger Shia-Sunni rivalry for domination in this region. A realignment has begun among key countries in the area—all of whom, especially Iran, Israel and Saudi Arabia—leader of the Gulf countries, are important partners of India. Engagement with all of them, especially the Saudi leadership, therefore becomes crucial for India.

From India's point of view, peace and stability in West Asia is absolutely essential. If the current situation in allowed to deteriorate it could lead to a nightmarish scenario where India will be forced to repatriate millions of its people from the area to safety. Such an evacuation exercise and its consequences much of it will have a negative impact back home, is something that India wants to avoid at all costs. A robust engagement with key players in the region is therefore, is a must for the Narendra Modi government.

But an over-riding factor for the Indian leadership—something that has bothered it for years—is the strong bonds that Saudi Arabia enjoys with Pakistan. The worry in India is mainly because of the Saudi funding to various charities in Pakistan, many of which promote Wahhabism—the most stringent and often the virulent form of Islam giving rise to religious fundamentalism in the region.

The outcome of Modi's engagement with the Saudi leadership is likely to be seen in the form of several agreements ranging from investment in various fields and better cooperation in a wide range of areas. But the Saudi leadership's support in condemning terrorism in all its form and manifestation in unequivocal term in a possible Declaration at the end of the Prime Minister's visit, is likely to give a renewed confidence to the Indian leadership.