The Significance Of Mayawati's Refusal

Mayawati's refusal to club the Rohith Vemula issue with JNU indicates that Dalits see their fight as an autonomous one. 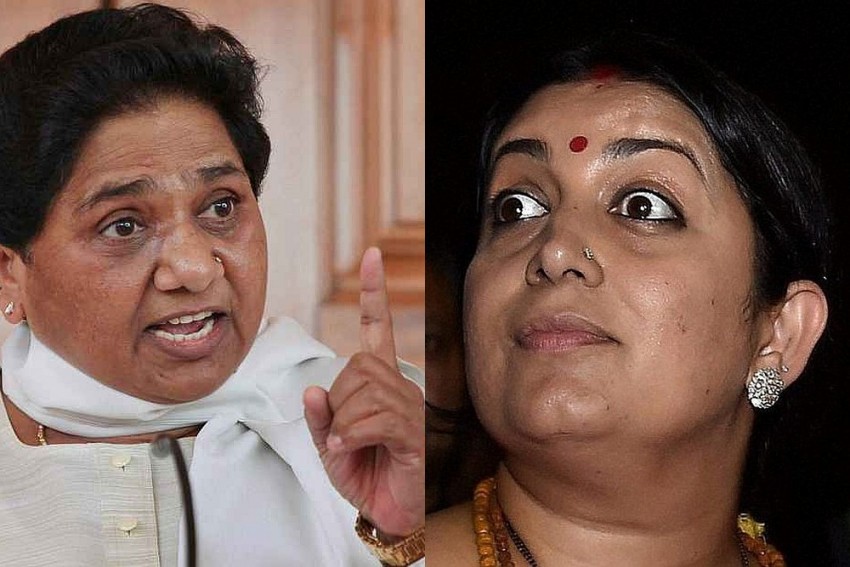 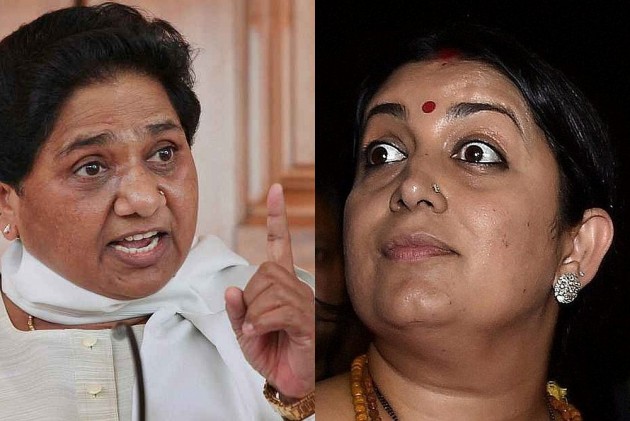 Lot of attention has gone on to expose Smriti Irani's vile and sinister attempts to sideline the real issues in Parliament last week (24-26 Feb 2016). But let us focus on something very significant in the same Parliamentary debate: Mayawati's refusal to club the Rohith Vemula issue with the JNU issue.

But the left as well as the Congress wanted it clubbed. Some voices in the media too are evolving a narrative placing 'caste' and 'sedition' in a chain of 'oppression'. They were trying to say that the same ideology and people behind the 'institutional murder' of Rohith are also responsible for denying the right to dissent, intolerance and enacting Dadri killing and Muzzaffarnagar riots. An equivalence is drawn between these different instances, making them examples of Hindutva ideology or communal/sectarian nationalism.

Against this, we are supposed to fight for a progressive, pluralistic nationalism. The terrain of politics here is 'progressive' versus narrow, communal nationalism.

Mayawati refused this terrain and the implied equivalence. For her, the fight for social justice and Dalit rights does not eventually lead to the need to defend the right to dissent and into the current debate about nationalism and sedition. BJP suppressing Dalits and the killing of Rohith must be kept separate from the suppression of JNU left-wing students dubbed anti-national — no equivalence there. The implied claim is that Dalits fighting marginalisation are not really exercising the right to dissent that JNU radicals are defending. Nor is she interested in framing the Rohith issue in terms of the violation of the autonomy of universities as 'a space of dissent'.

For Mayawati, Dalits have an autonomous fight, for their own interests. This fight is not to be mediated through a 'larger fight' between the two nationalisms.

Not just that: this clubbing will only weaken the Dalit struggle since it will give a handle to the government to vilify them, by dubbing them anti-nationals and Maoists. The thinking is that, between a Dalit 'anti-national' and an upper caste left 'anti-national' the Dalit is more vulnerable. Mayawati refuses to box in the Dalit issue in the larger project of 'progressive' nationalism.

In a different way, Nitish Kumar did the same in Bihar: instead of contesting the BJP with secular nationalism, or some such 'progressive' pan-Indian identity, he is supposed to have played the 'regional card': Bihari versus Bahari. And it worked! Indeed, it feels like only a coalition of regional parties and Dalit forces can stop the BJP rather than any pan-Indian party.

Dalit and regional leaders have sensed that it is best to avoid the equivalence set up by progressive secular nationalists. But the thing is that without these constituencies (Dalit and regional), the 'progressive nationalist' project is one big empty vessel, albeit with a lot of noise. There was of course a time when the Congress's pan-Indian secularism could still mobilise basic classes and castes — but that was a time when the diverse castes and communities were not already having their own autonomous leadership and political parties. The transition from 'Harijan' to 'Dalit', from a dependent to an autonomous movement and assertion, had not worked itself out. Today things are very different.

This means that the progressive nationalist project has just one value today — for the BJP! The BJP wants this enemy to be present as a punching bag since this latter too places itself at a pan-India level. The two nationalisms define a shared terrain.

With the secular nationalists, the BJP can always play the 'true nationalist' card. The thing is both nationalisms share 'one nation' in common, which is ultimately the Hindu nation, in which the otherwise real distinction between 'communal' and 'secular' loses its relevance.

Above all, the seculars or progressives are an enemy of Hindutva only at a political level, but not at the social level. Both are worshippers of Goddess Durga rather than Mahisashura. And even when the seculars 'worship' Mahisashura it is only as a secular practice of the nation-state, as part of a cliched defense of 'plurality of traditions', as though the Dalits must be grateful to the 'broad-minded' elites for rising above their own particularities.

The Dalit challenge undermines the social basis not just of Hindutva, but of the entire Hindu social body which includes the seculars. It internally dislocates the social body from within. It does not just expose the dictatorial or fascist character of Hindutva at the facile political level, at the level of say the denial of the right to dissent or the rise of O P Sharma-style vigilante justice — this is the level at which the secular-progressives want to pitch the fight, as is clear in the case of Kanhaiya Kumar case.

That is why, the Rohith Vemula case can simply not be solved by the BJP. There is no way they can avoid paying the price for it. No amount of pluralism or inclusiveness can offset the inexorable effects of the casteist social body that are definitely going to stick out, one way or another.

The left wants to join in this cornering of the BJP with the Rohith issue, but without realising that it also in many ways fully participates in the casteist social body. The left wants to expose BJP for using the JNU issue to dilute the Vemula issue, but it does not want to ask how the left is using the Vemula issue in order to save itself on the JNU issue — and that too, as I pointed out earlier, by trying to be more nationalist than the BJP. How bad the failure at this realisation can be is clear from any of the writings of say a Romila Thapar or Prabhat Patnaik who are, after all this, still trapped in the old terrain. Thapar wants us to chose between religious and secular nationalism but Mayawati's refusal exposes the secret alliance between the two nationalisms.

In effect, the progressives are offering a political system which would be inclusive and democratic (marking them out from the right-wing), but without challenging the social hegemony of the upper caste. The basic split between the social and the political is at the core of progressive secular nationalism.

But, and here is a further twist, even at the level of political inclusion it is the BJP which stole a march on the progressives! For good or bad, the inclusion of OBCs was in the Hindutva fold and not in the ranks of the progressive parties. Kancha Ilaiah in a very perceptive article had pointed out how this will be the undoing of the secular forces. Written in Dec 2002, today it can be read as nothing less than prophetic: "If the secularists and the communists do not allow the OBCs to grow in their organisations Mr. Modi will become their national leader and their Prime Ministerial candidate too." Can one say more?

But how can one not recall an earlier refusal, before Mayawati's. The progressive liberals have always refused the political inclusion of OBCs and other marginalised 'identities' since it was supposedly undermining 'rational politics' and 'deliberative democracy'! For those like Pratap Bhanu Mehta, 'interest-based politics' would undermine the democratic ethos of the 'good argument'. The rational, enlightened, progressive, democratic upper caste elite endowed with 'vision' and 'values' will provide that political space for the Dalits, minorities and women to be empowered — this kind of thinking which maintains the social-political split is still rife within the left.
One can here see from which side the bridges of equivalence were first burnt.

Fortunately, now, on the ground, an equivalence is slowly emerging, behind the backs of both Mayawati and the progressive leaders. Perhaps one thing unique about student movements is its ability to open up uncharted paths, new alliances and new forms of resistance. The fact of the matter is that the Rohith Vemula issue has progressed in tandem with the assertion of left-wing students. Huge solidarity protests by left wing students in Delhi in support of the Ambedkarite students of Hyderabad made a big difference to the mobilisation around Rohith issue.

The very entanglement of caste relations with capitalist relations, of varnashramadharma with the logic of capital, means that there is a tendency for Dalit radicals to ally with the left. Radical Amedkarites therefore tend to be against globalisation, as is the left. Students like Rohith Vemula therefore had a close encounter with Marxism.

Beyond this, the interspersing of the JNU and the Rothith Vemula issue today criss-crosses several registers of national politics, nationalism, terrorism, caste, democracy, courts, law, right to self-determination, media frenzy, sedition, vigilante justice — this makes for a heady mix with a lot of unpredictability. It might define a new form of radical politics.

The Rohith Vemula and JNU issue can potentially unleash a new sequence in politics. But the first condition of that is to give up on the old shibboleths and entrapping sureties.