The Shame Of Haryana

After the inhuman barbarity of Jhajjar, yet another case of 'caste-violence' in the name of 'teaching them a lesson' shakes the conscience of the nation in Gohana where 55 to 60 Dalit houses were burnt down by a mob. 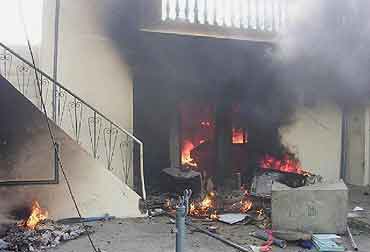 Dr. Umakant
Secretary-Advocacy, NCDHR And Others

Dalit Houses Burnt Down at Gohana in Haryana

Gohana is a small Tehsil, a local administrative unit, in Sonepat District in the State of Haryana. It is situated about 60 kilometers away from the National Capital, New Delhi. It witnessed a caste rivalry between Dalits and the dominant caste ‘Jats’, culminating into mass exodus of Dalits and finally burning down of about 55 to 60 Dalit houses with full support of local Police from 27 August 2005 upto 31 August 2005. A violent mob of about 1500 to 2000 Jats armed with spears, batons, petrol and kerosene oil went on a maddening spree burning down hoses belonging to a particular Dalit caste ‘Balmikis’, who are other wise called ‘Bhangis’, the manual scavengers.

This is a preliminary report as a full report, after assessing the damages, would be prepared very soon.

Particulars of the Incidents

Background of the Present Crisis

As revealed by the Balmikis, the dispute over the construction of a Balmiki Ashram over the Panchayat land arose in August 2001. A case was filed in the local court by some Jats which later on was found to be fictitious. But in this crisis the Jats were ably aided and assisted by the then Deputy Superintendent of Police at Gohana, Mr. Kuldeep Sivach. The tension has been simmering since a long time. The Balmikis and other Dalit families in Gohana have refused over the years to do begaar (forced labour) and also after getting educated have been working at various places engaged in Government jobs and some petty businesses too. The killing of Baljit Singh on 27 August 2005 gave an opportunity to the Jats to teach a lesson to Dalits especially the Balmikis about showing them their place in the society.

The Role of Police and Administration in the Present Crisis

As we post this, the Haryana Chief Minister has finally announced a CBI probe, following violent protests in different parts.