National The Politics Of Electoral Violence

The Politics Of Electoral Violence

This is not the first time that “Bodo militants” are implicated in ethnically targeted violence in this part of Assam. The 2003 accord provides some pointers. 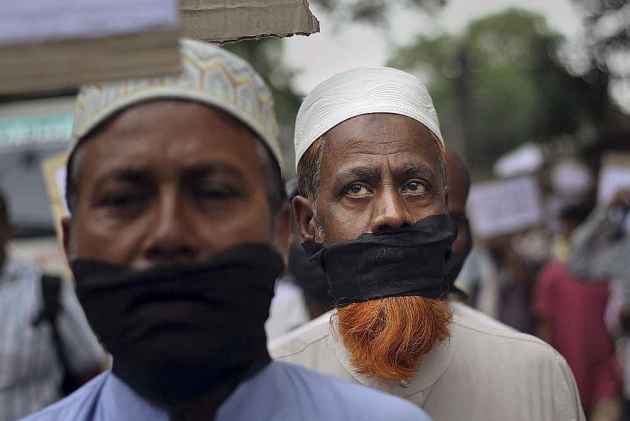 The Assam Police and central home ministry officials have accused the Ingti Kathar Songbijit faction of the National Democratic Front of Bodoland (NDFB-IKS) of being behind last week’s ethnically targeted killings in the Kokrajhar district of Assam. The attacks on Muslims of East Bengali descent were, according to them, reprisals for the way they voted. Allegedly, they are supporting independent candidate, Naba Sarania, who is challenging the Bodoland People’s Congress candidate, Assam cabinet minister Chandan Brahma. The fear is that Sarania might win the prestigious Kokrajhar seat with the support of mostly non-Bodos, who are feeling more and more insecure under the Bodoland Territorial Autonomous Council [BTAC] dispensation. That could adversely affect the future of the ethnic Bodo cause, on which moderate and extremist ethnic Bodo organizations broadly agree.

This is not the first time that “Bodo militants” are implicated in ethnically targeted violence in this part of Assam. In the summer of 2012, militants were implicated in the violence targeted at the same community. People displaced from their homes and living in relief camps told reporters about being attacked by “Bodo militants.” There were accounts of being woken up from sleep by the sound of gunshots, and of “militants” surrounding villages, shooting at unarmed people and burning houses.

It cannot be conclusively proved that the NDFB-IKS was involved in last week’s violence, as alleged. The organization has denied responsibility. But irrespective of the question of this particular armed group’s involvement in last week’s violence, there is an identifiable pattern to the politics of militarised ethnicity in Assam that has developed over the past two decades. This is not limited to the Bodos, it applies to groups like the Dimasas and the Karbis as well.

While organizations with ethnic platforms are not new in Assam, till recently there were only those that could lay claim to the label ‘civil society’: students’ organizations, women’s organizations, literary associations etc. However, since the 1990s, Assam has seen the emergence of armed political organizations committed to more radical versions of ethnic agendas pursued by their more moderate co-ethnics.

The Bodo movement has been plagued by uncertainties over a number of foundational questions. How many Bodos live in the area that activists consider the traditional Bodo homeland? How many villages have a Bodo majority? Who apart from the Bodos might have claims to Scheduled Tribe status? How many undocumented immigrants from Bangladesh live in that area? In the face of such uncertainties, militarisation seems to have become a way of creating what social theorist Arjun Appadurai calls “a macabre form of certainty . . . a brutal technique (or folk discovery-procedure) about 'them' and, therefore, about 'us'.”

The armed ethnic political organizations that have emerged have usually broken up into factions. This has followed a pattern of ethnic outbidding— something akin to an auction with new factions trying to be more radical than older ones, in terms of political rhetoric as well as methods of violence. The spiralling effect has destabilised agreements arrived at with more moderate factions. But given the government’s demonstrated willingness to negotiate deals with any armed organization, there are perverse incentives for adopting extreme methods at one time and declare a change of heart later when it becomes convenient.

Peace accords signed under these conditions are not accompanied by comprehensive demobilization and the political concessions made at one time have inevitably contained signs of future trouble. For instance, the current structure of the BTAC is based on the 2003 agreement between the Bodo Liberation Tigers (BLT), the central government and the state government of Assam. The three parties agreed to the creation of an autonomous self-governing body with the constitutional protection of the Sixth Schedule. But the BTC was not the only Bodo armed political organization on the scene. In fact the government’s decision to negotiate with the BLT was an effort to sideline BLT’s rival— the NDFB. Following the accord, the BLT became an over-ground political party: the Bodoland People's Front (BPF). It became the ruling party of the BTAC, and later a coalition partner of the Congress party-led government of the state. But despite the signing of this accord, large weapons caches were left in the hands of “Bodo militants” of various hues. Those weapons have been used in successive waves of violence since then.

The use of the word “territorial” in BTAC’s name was an important concession that the BTC had won. It addressed a serious shortcoming of the 1993 accord signed by the government with the All Bodo Students Union (ABSU) and Bodo People’s Action Committee (BPAC) that had created the Bodoland Autonomous Council (BAC): the lack of a precise territorial jurisdiction for the Council. But that shortcoming was the result of fundamental uncertainties about the numbers of Bodos etc. that I have alluded to. The government in 2003, in effect, agreed to constitute a de facto ethnic homeland for Bodos despite significant uncertainties about the demography of a heterogeneous and highly contested territory. From the perspective of non-Bodos living in the area, the 46-member BTAC Council with 30 seats reserved for Scheduled Tribes gave Bodos political power disproportionate to their actual numerical strength, and significantly disenfranchised the non-Bodo population.

Large data sets on armed conflicts make quite clear that a significant number of armed conflicts in the world have not ended in victory or defeat or peace, but in a draw. Many armed conflicts have ambiguous political outcomes. Could it be that the Bodo accord of 2003 is an example of a flawed peace agreement that is a testament to an ambiguous outcome?

Through a flawed accord, an armed group and representatives of a state can implicitly agree to share control over the means of violence. When erstwhile militants become partners in the exercise of state power, their demonstrated military prowess can become part of local political equations. Such arrangements are best seen as hybrid political regimes where the state and a non-state armed entity form an informal partnership. As in the case with a state’s coercive capacity, the authority of such hybrid political regimes does not depend on the actual use of violence; an armed organization’s reputation regarding its the capacity for violence may be enough. But the authority of such power balances can be contested.

The Bodo establishment clearly viewed the alleged decision of the Muslims of East Bengali descent to support a candidate opposed to the Bodo leadership as a challenge to the power balance embodied in the 2003 settlement. This created the conditions for last week’s violence.

The particular choice of a consensus candidate by the non-Bodos of Kokrajhar is rather significant. Independent candidate Naba [alias Hira] Sarania is a former ULFA commander. Until recently, the local press had routinely described him as “the dreaded ULFA militant.” That the non-Bodos of Kokrajhar found a candidate whose reputed military prowess equals that of the current Bodo leadership— consisting of former BLT militants — speaks of a dangerous crisis of state capacity in Assam today.