The Life Of A Rebel

Vidrohi never wrote, only recited poems to inspire people to break free from the shackles of a regressive society 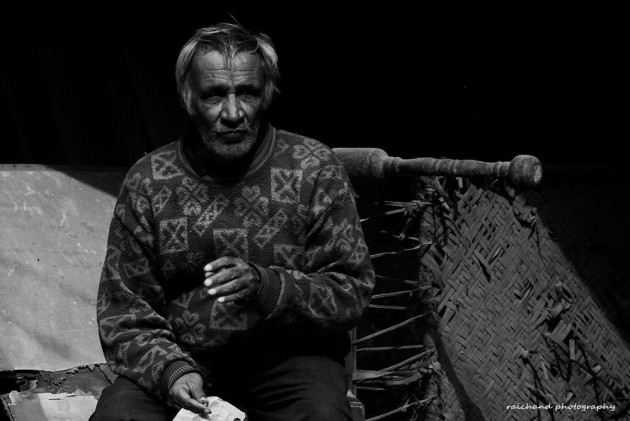 "To die, Che Guevara also died
And Chandra Shekhar too
But in true sense nobody has died
Everybody lives, as I live..."

Rama Shankar Yadav was popularly known as 'Vidrohi', a sobriquet that made his original name fade into oblivion. A Hindi-Awadhi poet and a social activist, he lived as a vital part of Jawaharlal Nehru University for over three decades. A rebel by name and nature, Vidrohi died in his beloved city, Delhi, on December 8, protesting against the recent UGC diktat.

"He was right there with us — marching — before he started complaining about chest pain," said student activists who were present at the venue. He was taken to the hospital where doctors declared him brain dead. Vidrohi was in his late fifties.

Although he hailed from a small town of Sultanpur in the Hindi-heartland of Uttar Pradesh, he decided to make JNU his home, where he lived till his death. For all the regulars in the campus, he had become a part of the Ganga Dhaba landscape. Sitting there with a cup of chai on a stony bench, he recited his poetry unaltered by the diatribes thrown by the unfamiliar people. Unfettered from worldly desires, he shared accommodation with fellow students and lived in austerity.

"Now everything seems to have settled down. Children at home are also doing well. And what about me...the movement and you fellow comrades keeps the old heart beating," ex-student Abhinay Sinha recounts his last encounter with Vidrohi.

He came to JNU as a PhD candidate in the department of Hindi, a degree with which he was never conferred as he refused to submit a written thesis. Vidrohi never believed in the dogmas of formal education and recited poems to inspire people to break free from the shackles of the regressive society he believed we live in. "He was not just a common man. He was a protest against the ruling classes. He was an ideology in himself as was evident from his poems," ex-JNUSU Joint Secretary Sarfaraz Hamid recalls the poet.

It was in mid-80s, when he was expelled from the University for being a part of a mass movement. But he decided to stay back. Among his notable works — Ek Aurat ki Jali Hui Laash (Burnt Corpse of a Woman) touches the issue of gender oppression. Throughout his life, he kept challenging the system in his own poetic style:

Burst my head,
Break my back
But don't ask me
To leave my rights...

He never registered his work. All that remains today is the outcome of the incessant attempt on the part of students to preserve his legacy. There is also an award-winning movie on him called Main Tumhara Kavi Hoon (2011) by Gwalior-based film maker, Nitin Pamnani. The 42-minute-long film follows the man from JNU as he takes trains to Chhattisgarh, Mumbai and Patna.

Almost four years back, while taking a stroll around the University during one of my initial visits to the campus, I came across him. A short and petite figure dressed in guerrilla pants and a worn-out oversized shirt, he walked solitarily humming one of his poems — both his hand moving in the air in giant imaginary circles — like he was presenting himself to an audience whose presence we were oblivious to. He went on explaining:

Vidrohi, a Dilliwallah in the true sense, was a lover of the city's architecture. "Aap mujhe poori Dilli ghuma do" he would say as I organised heritage walks in different parts of Delhi back then," says Hamid.

"I remember on one of our visits he sat on the terrace of a masjid in Begampur and recited a poem about Delhi's history. I haven't met anyone with such a deep love for Dilli as him; he always had so many stories and anecdotes to share about the city," says Akhil Kumar, co-founder of Walk to Heritage. "Nitin has done a wonderful job with the film but I want you to make another one on me, Vidrohi would say. I want you to portray me in my karma bhoomi — with comrades — in protests and movements," Kumar reminisces.

"Our protests, our walks and our lives would be incomplete without him. He will be missed by the entire student community," says Hamid.
"Vidrohi has died but his ideas would continue to live inspire poets."