The Lessons Of Partition

A look at Gandhi’s unsuccessful attempt to preserve a united India, as also the goals and strategies of Muhammad Ali Jinnah, the fellow-Gujarati who, like Gandhi, studied law in London, and the role of other forces in the partition outcome. 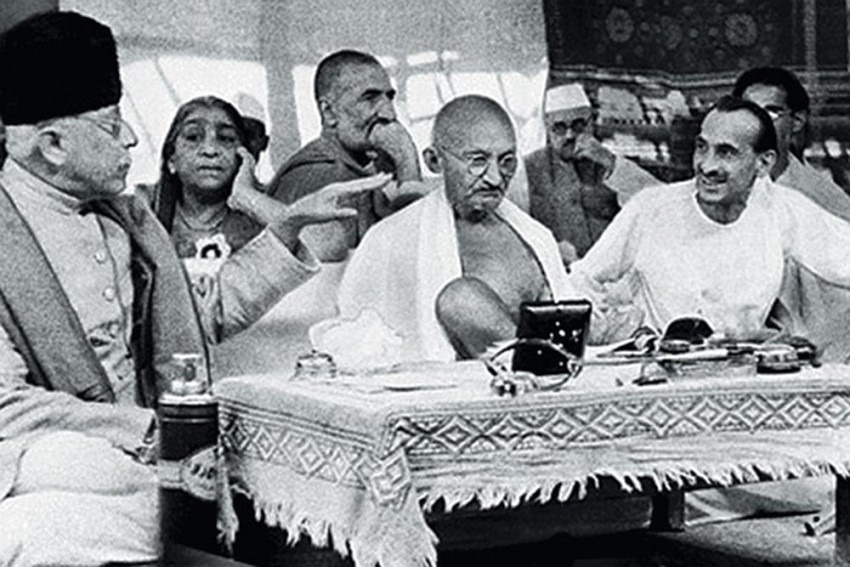 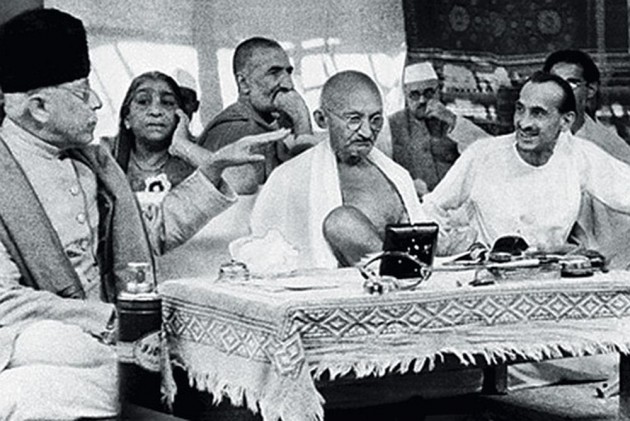 From the twelfth century to the nineteenth, Muslim monarchs sat on Delhi’s throne and from there ruled much or most of India. By about the fifteenth century, Muslims appeared to constitute a majority in the northwest and the east of the subcontinent—in Punjab, Sindh, Balochistan, Kashmir and the Northwest Frontier, and in Bengal.

However, Hindus remained a majority in the core area of India’s Muslim kingdoms—the large region all around Delhi—as also in India as a whole. When the British left in 1947, Muslims constituted around 25 per cent of the subcontinent’s population.

Over time, coexistence and interdependence became the norm, especially among the lower classes, who formed the majority. Coexistence and frequent participation in each other’s festivals did not, however, lead to the creation of a single community. 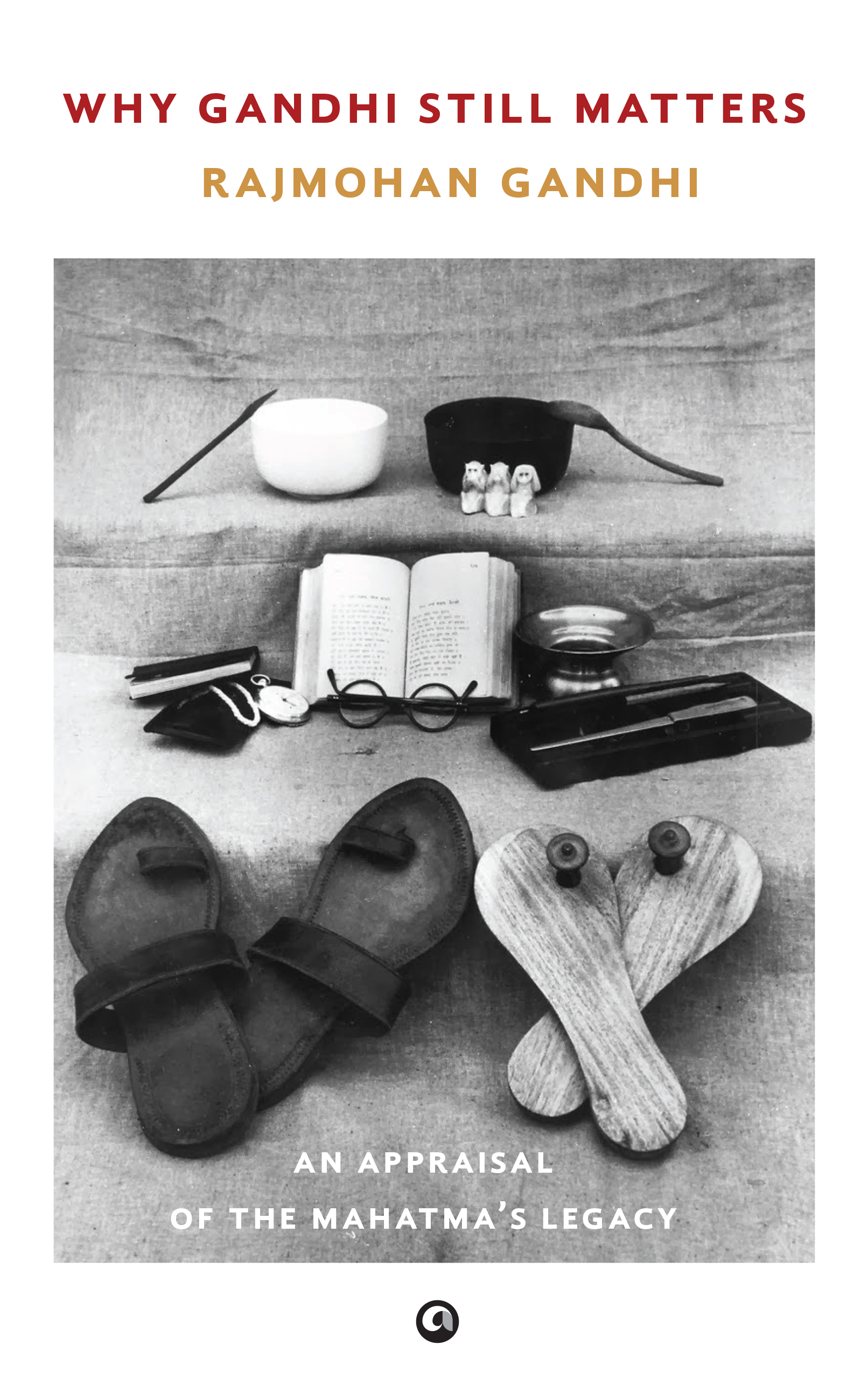 The 1857 Revolt against British rule was fully crushed by 1859. While the Empire absorbed its lessons, Indians generally did not.

One major lesson was that Muslim-Hindu partnership had supplied energy to the Revolt.

From the late 1850s, an astute Empire carried forward its strategy of keeping Muslims, Hindus and Sikhs focused on their religious identity and divided from one another. This strategy was carefully implemented in the Empire’s post-Revolt Indian armies. Charles Wood, secretary of state in London, wrote to Viceroy Canning in 1861: ‘If one regiment mutinies, the next regiment [should be] so alien that it would be ready to fire into it.’

The strategy was also implemented politically. A solidly Muslim eastern Bengal province, created in 1905 by partitioning the Bengal presidency, disappeared in 1911 when, following large-scale agitation, the presidency was reunited, pleasing many Bengali Hindus as also the Indian National Congress, which had been formed in 1885.

In the meantime, in 1909, the Empire statutorily conceded a demand, first voiced in 1906 by a delegation of prominent Muslims, for a quota of Muslims seats in any councils, and an exclusive Muslim electorate for these seats.

In 1906, when Viceroy Minto assured the delegation that its demand for a separate electorate would have the Empire’s support, an unnamed British official congratulated him right away:

I must send Your Excellency a line to say that a very, very big thing has happened today. A work of statesmanship that will affect India and Indian history for many a long year. It is nothing less than the pulling back of 62 millions of people [India’s Muslim population at the time] from joining the ranks of the seditious opposition [the Congress].

The year 1909 also saw the formation, in Dhaka, now the Bangladesh capital, of the All-India Muslim League.

One brilliant Muslim did not support a separate Muslim electorate at this point and did not join the Muslim League: Muhammad Ali Jinnah. His parents, like Gandhi’s, belonged to Gujarat’s Kathiawar region. Converted to Islam only a generation or two before he was born, Jinnah’s family had joined Shia Islam’s Ismaili or Khoja sect, led by the Aga Khan.

Like Gandhi, young Jinnah studied law in London. Like Gandhi, he seemed keen on Muslim-Hindu understanding. In 1913, after wars in the Balkans threatened Turkey, seen then as the world’s principal Muslim power, Jinnah, already in the Congress and aspiring to be a bridge, joined the Muslim League as well.

The year 1909, when the Muslim League was founded and a separate Muslim electorate created, was also when Gandhi wrote his text Hind Swaraj on a ship from England back to South Africa. Although Gandhi would not return to India until 1915, this significant text was about India, not about Indians in South Africa.

Here is what Gandhi wrote about the Hindu-Muslim question in Hind Swaraj in 1909:

If the Hindus believe that India should be peopled only by Hindus, they are living in dreamland. The Hindus, the Muslims, the Parsis and the Christians who have made India their country are fellow-countrymen, and they will have to live in unity, if only for their own interest.

In no part of the world are one nationality and one religion synonymous terms; nor has it ever been so in India…

Is the God of the Muslim different from the God of the Hindu?... There are deadly proverbs as between the followers of Siva and those of Vishnu, yet nobody suggests that these two do not belong to the same nation…

Those who do not wish to misunderstand things may read up the Qur’an, and they will find therein hundreds of passages acceptable to the Hindus, and the Bhagavad Gita contains passages to which not a Muslim can take exception. Am I to dislike a Muslim because there are passages in the Qur’an I do not understand or like?

Until his death four decades later, these would remain Gandhi’s steadfast views. Articulated one hundred and seven years ago, these thoughts seem directly relevant to our world today.

In 1915 Gandhi returned to India. At the end of 1916, he supported the historic Lucknow Pact between the Congress and the Muslim League under which the two bodies agreed to work jointly for Indian self-government, with the Congress giving up its opposition to a separate Muslim electorate.

This pact had three principal architects: Poona’s Bal Gangadhar Tilak, who was staunch for the Hindu interest; Annie Besant, who would preside over the Congress in 1917; and Jinnah, a rising star in both the Congress and the League.

This Lucknow Pact found the two communities asking the Empire for the same thing. However, Muslims in undivided Punjab and reunited Bengal felt cheated by the pact, for in these two large Muslim-majority provinces weightage was likely to give non-Muslims a majority in the council.

Unlike the big Bombay and Madras presidencies, or the populous province of UP, where Muslims made up a small minority, or the Northwest Frontier, where non-Muslims comprised a tiny minority, Hindus and Sikhs in Punjab, and Hindus in Bengal, were large minorities, around 40 per cent of the population. Electoral weightage for them could deny Punjab and Bengal a Muslim chief.

This difficulty was overlooked during the years between 1919 and 1922, when the Gandhi-led Non-cooperation Movement brought together Hindus and Muslims, as also the Congress and the League. Jinnah was pushed offstage while the Ali Brothers, Shaukat and Muhammad, and Maulana Abul Kalam Azad became India’s most prominent Muslim figures, standing alongside Gandhi.

When the Non-cooperation Movement seemed to peter out in the mid-1920s, Jinnah returned to centre stage and came up with another proposal for a Congress-League pact: Let the League accept joint electorates, and let the Congress agree to the removal of weightage in Punjab and Bengal.

Jinnah also asked that, for enhancing their sense of security, Muslims should receive a one-third share in any future Central Assembly, higher than their one-fourth ratio in the population.

From an all-India perspective, Jinnah’s bold package was reasonable, even attractive. But Punjab’s Hindus and Sikhs and Bengal’s Hindus, better off than Muslims of their provinces in the economy and the professions, refused to touch it. They thought it was their toil, not anyone’s favours, that had earned them their superior economic and social situation. As for political weightage, it was part of a contract.

Excerpted with permission of Aleph Book Company from Why Gandhi Still Matters by Raj Mohan Gandhi.

After Shooting Dead His Wife’s Lover, How Did Naval Commander Nanavati Salvage Marriage And Script A New Love Story In Canada?