Before him there were great stars, and he has been followed by many, but none evoked the mass hysteria that he did at the height of his meteoric rise, the decade of the 1960s, spilling into the early 1970s 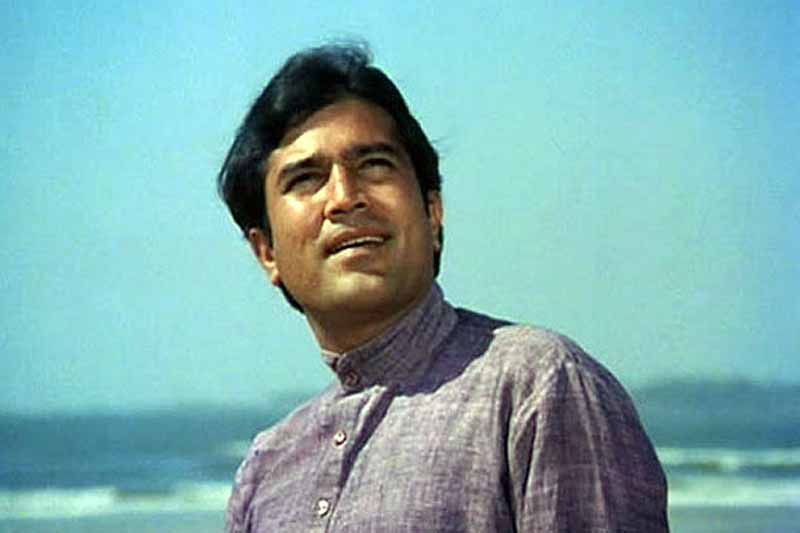 Rajesh Khanna was Indian cinema’s first superstar, in the real sense of the term. Before him there were great stars like Saigal and P.C Barua in the 1930s and 40s, and then Dilip Kumar, Raj Kapoor and Dev Anand in the next era. But Rajesh Khanna was of another order.

The hysteria and fan-following lasted till much after he married a much younger actor, at the height of his career. His co-star, Sharmila Tagore, opposite whom he gave his biggest hits, is on record saying that she had never seen anything like the Rajesh Khanna craze. She was an established star and he still a relative newcomer when they starred in their first film together, Shakti Samanta’s Aradhana in 1969. What happened next was history. He spawned a female fan following incomparable to any. Film star Bindu recently said in a TV programme that she once saw girls leave his car covered with lipstick marks.

Like the true temperamental star, he had a meteoric rise, was in the high heavens for awhile, and then fell as sharply. Unlike Amitabh Bachchan, his co-star in hits like Anand and Namak Haram, who showed his staying power, ruling over the film industry for a good part of three decades, Rajesh Khanna fell sharply and by the advent of the 1980s was getting passed over for younger heroes.

The Rajesh Khanna phenomenon came at a unique and transitional moment of Hindi cinema, the decade of the 1960s, spilling into the early 1970s. It is a period in Indian film history which hasn’t received as much attention from researchers and writers as have the periods immediately preceding and the decade that followed. It was an era of immense versatility, which however remains sandwiched between, and overwhelmed by, the post-independence era of the 1950s— the era of Raj Kapoor and his contemporaries, and the iconic angry young man years of the 1970s and 80s. Rajesh Khanna epitomized that versatility of his age in his entire persona, on and off screen. He starred in a range of films, where he was the suave wooer of women, the fragile tragic hero in the mould of Barua or Saigal’s Devdas, and the classic Hollywood style urbane operator in super-hits like The Train. He could emote, he could dance and he could be both tragic and comic.

The Rajesh Khanna phenomenon held ground until the Hindi film hero became an almost uni-dimensional fighting-killing machine by the 80s. Rajesh Khanna’s waning away also signalled a certain standardizing of Hindi films. Unlike with Rajesh Khanna, who was used in remarkably different ways by directors as diverse as Hrishikesh Mukherjee and Shakti Samanta, the period that followed increasingly saw the making of a very specific ‘formula’ for success. Off screen, as well, he was unpredictable, famous for turning up late for shoots and starry tantrums, a contrast to Bachchan, who was known for his professionalism. Rajesh Khanna's relationships were as unpredictable— it seemed he cared very little for what the world thought about him. In every way, he was in the league of the classic star, don’t-carish, temperamental and full of charm when he wanted to be.

Rajesh Khanna epitomized romance, more than any other Hindi film hero. He was the urbane charmer who held sway before the underdog came to rule the roost of Hindi films. Khanna like his immediate predecessors and contemporaries Dev Anand and Shammi Kapoor embodied a kind of Hollywood-ish cosmopolitanism which few other heroes had. He wore trendy outfits, drove swanky cars and sported the lover-boy image. His heroines complemented him with their bouffants and stylish manners. Yet, he could also be the dhoti clad Bengali babu, reminiscent of an older school, in an Amar Prem. Even in his later years, when he switched to being a ‘character’ actor in films like Aakhir Kyon, where he starred with Smita Patil, he stood out for being different from the run-of-the mill industry product.

Perhaps Rajesh Khanna’s bonus and well as his bane was his lack of conformity to norms in any sense of the term. When he arrived with a bang it was because there had been no charmer so young and vulnerable looking before him. It was a quality that Shakti Samanta fully cultivated in the Roop Tera Mastana song, where he is alternatively overwhelmed by the heroine’s sexuality and then turns around to overwhelm her as well. And he probably lost his ground because of the same non-conformity, his inability to be the perfect professional with the very perfect public image.

Even in later life, he lived in greater solitude than many of his contemporaries, not appearing in many films or public events. When he appeared in his first commercial just months before his death, his shrunk frame and clearly failing health evoked a sharp response from fans. Today, the superstar has passed into history, secure that he would shine on forever in the pantheon of Hindi cinema.

Too Good To Just Be A Grudge Match