The idea of personal space is strictly a First World thing, developed by tiny populations and shocking resources. Here in Delhi, we're stuck with each other, quite literally, bumper to bumper

The idea of personal space is strictly a First World thing, developed by tiny populations and shocking resources. Here in Delhi, we’re stuck with each other, quite literally, bumper to bumper. Anyone who stands in line to buy a train ticket, or pay a phone bill, risks an intimate acquaintance with the bra size or arousal level of a total stranger. Hands will casually, and quite innocently, rest on various parts of your body. The universe will not speed up if you’re actually touching each other, so where does all this clinginess come from? 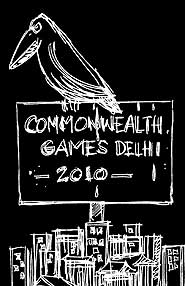 Space abhors a vacuum, they say. Gaps in traffic are for filling; driving lanes are space-wasting devices. And why wouldn’t you charge up to the top of the right-turning lane in the middle lane—don’t you have places to go and people to meet? If you look at the face of the driver of the Mercedes who just pulled that stunt, you will see something astonishing: he or she is quite often totally, honestly unaware that while his or her body is technically in the right-turning lane, the rest of the car is blocking straight-bound traffic. It’s as if people are only concerned with the goal of the moment, and anything that gets in the way (or to the sides or behind) doesn’t count. Notice the number of side view mirrors which people diligently fold in before setting out on the road. We put what’s behind us, behind us, and anything in front is to be either overtaken, or nudged gently along. Or leaned on.

Urban and economic growth follow the same basic principle, which is why I’m pretty sure the on-going demolitions will be like plucking heads off a hydra. See space, will use, and bugger the aesthetics. Actually, bugger the utility too: what’s a road sign but a space on which to stick a movie poster?

But all this is for the teeming masses (and that might be at least partly why people are so touchy-feely; if your life is generally sad, all you have is lurv). When it comes to power, we all get serious, space no bar—nobody does pomp and ceremony better than we do. The city authorities have their knickers in a tight twist about the upcoming 2010 Commonwealth Games, and that is probably the only hope Delhi has for some sprucing up. They’d never do it just because the citizens of Delhi deserve it (it’s not entirely clear that we do, of course, when we take all our nice new flyovers and drive down the wrong side of them).

One particular poster campaign, recently, goes ‘Challo Dilli: From Walled City to World City’. It’s pretty funny to think of Delhi swaggering around the world stage, like the smelly person in the room whom everybody is too polite to mention, but keeps clear of, that’s the kind of personal space you don’t really want. As I remember the phrase, the idea is to act local, think global, not think local, act global.