Our complicity is the first step in creating a culture that normalizes slavery. 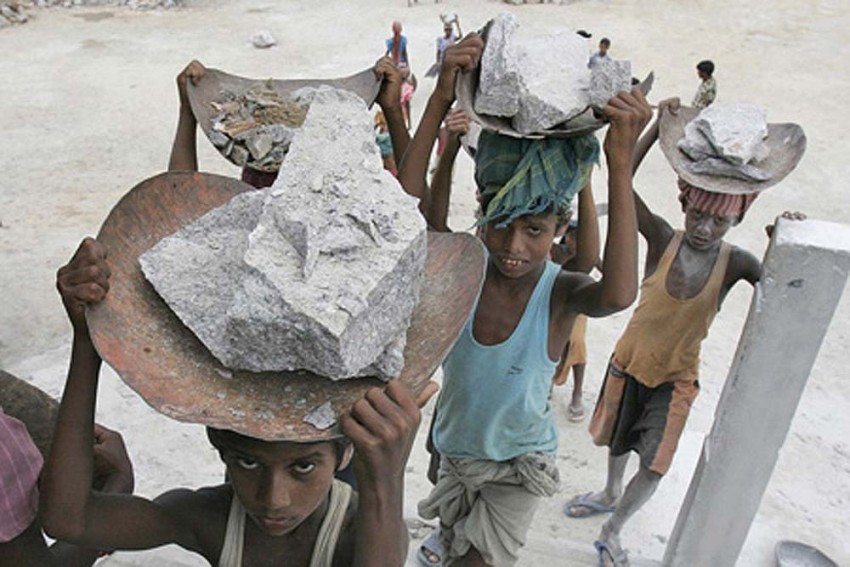 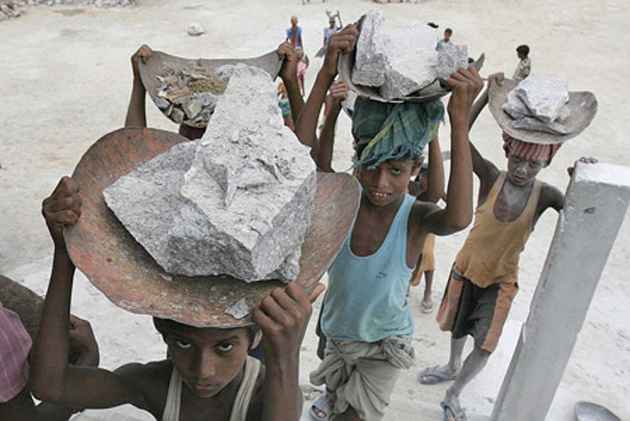 Every person I have spoken to this week, has confirmed that they know someone who employs children or pays less than minimum wages to the adults that they employ. They have also acknowledged that they eat, drink and socialize with such people and mostly stay silent when they notice or hear of physical or sexual abuse.

So why is the story of the two Nepali women being beaten, starved, raped and locked up by a Saudi diplomat in Gurgaon for four months so outrageous to the same people? Perhaps it is that knives were used, the women were raped, or the physical locking up that is repulsive?

Or perhaps because the incident is easier to object to. The perpetrators are not the people we know. They are Saudis. Our people don’t go so far. They don’t rape the maid, don’t beat and stab her or lock her up. The grim truth is that many of our people do.

Dhananjay Singh, a Member of Parliament, was caught covering evidence after his maid was murdered just two years ago. Our very own diplomat, Devyani Khobargade, had enslaved an Indian maid in New York a few years ago and had claimed diplomatic immunity to escape punishment. She still holds a senior rank in our bureaucracy.

The fact that both the MP and the civil servant have got away creates not just a culture of impunity, but, a culture that normalises enslavement.

Slavery is no longer people in chains, transported in ships from Africa to America. According to the UN Trafficking Protocol, slavery is about people who are subjugated, held in bondage, of people having to work very hard without proper remuneration or appreciation, and “a legal or economic system in which principles of property law can apply to humans so that people can be treated as property, and can be owned, bought and sold accordingly, and cannot withdraw unilaterally from the arrangement”.

It exists all around us -- in girls who are sold into child marriage, debt bondage, prostitution, forced to become surrogate mothers, domestic servants, contract labour, or boys sold into contract work and cheap labour, working in construction, in restaurant, vending on streets, in quarries, in mines…

If we were told we are part of the slavery system, we would shudder. But it is our complicity that is the first step in creating a culture that normalizes slavery. We turn a blind eye when in every apartment block or residential colony we see domestic workers who may not get weekly offs, paid holidays, food at proper mealtimes, or a proper place for their staff to sleep in, let alone, god forbid, a minimum wage.

Many of us employ domestic workers through  “maid agencies” some illegal, some legally registered. We knowingly allow them to keep a portion of the maid’s salary.

Delhi has 700 legal registered agencies, and 2,000 unregistered, illegal agencies that cannot be regulated by government authorities or domestic workers associations. If at a modest estimate each agency brings a 100 girls/women to Delhi every year, we are talking about the trafficking of 200,000 girls and women to our capital alone.

Gurgaon does not even have a law to register or regulate the employment agencies. Many of India’ burgeoning corporates live in the high-rises of Gurgaon. They negotiate well for raises, perks and protections in the companies they work. There are sexual harassment committees in all the offices, as well as regulation of pension plans, wages hikes, working conditions, rest and recreation, crèches for children, gyms, and health care plans.

Yet, very few of these residents have established norms in their building or advocated with the Haryana government to create protection mechanisms for the domestic workers that their lives are based on. They do not question why municipal authorities insist that apartment blocks have places for cars but no room for domestic workers.

But we do nothing. We ignore the plight of women, whose lives are so intertwined with ours. They bring up our children and have brought us up.

The greatest tragedy, however, is that the new BJP government has also begun to believe that poor, female, low-caste, teenagers are disposable people. A Delhi BJP spokesperson recently told me he was obliging poor children by giving them shelter and two meals a day in return for working for him. He was ignoring the larger truth that, in fact, they were giving him a clean home and cooked meals. And that in any case they should be in school.

Recently the BJP government got the Cabinet to approve a Bill to allow Child Labour in the audio-visual entertainment industry and in family enterprises. Everybody knows about the sexual exploitation in the entertainment industry and yet the government has opened the floodgates for vulnerable children to be legitimately used in this and in “family enterprises.” In the work that my NGO does, we have often faced fathers running home-based brothels.  At the same time, the government has cut mid-day meal schemes, low-cost boarding schools, and other social supporst for children making them easy prey to traffickers.

The NCW chairperson appointed by the BJP has even said that prostitution should be legalized in India. Since adult women can legally sell her body for sex in India already, the only part of prostitution that is illegal is pimping and trafficking. Does she want pimping and brothel keeping legalized?

The Nepali women were simply repatriated to their villages after the “rescue”. They were once again faced with hunger and homelessness, and rejected by their families. They are very likely to be considered “devalued” because they have been sexually abused. This time they will be prey to sex-traffickers.

Had the Indian government really wanted to be accountable for its failiure to protect migrant workers from exploitation, it could follow international best practices designed for victims of human trafficking.

The US does not repatriate victims of human trafficking, recognizing that they cannot be endangered again. It gives them a T-visa to stay in the country as well as housing, legal, livelihood and health support. In fact, a girl from Gujarat, trafficked by the entertainment industry, is in the US on a T-visa right now.

The great India model is being created by a new regime that believes that the poorer class of human beings deserve less, especially if they are female. What happened with the Nepali women in the Saudi diplomats house is happening in apartments and homes across Gurgaon with women from our own country -- from Jharkhand, West Bengal, the Karnataka-Andhra border, Orissa and north-east.

The black and white case of the Nepali women in a Saudi Muslim diplomat’s house is more palatable to talk about. Enslaving the two adult human beings in one apartment is only possible, because our regime is creating a culture to legitimise the exploitation.

Good Governance In The Kitchen?