The Emerging Phenomenon Of Religious Environmentalism

An encyclical is the highest-level teaching document in the Catholic Church, and this is the first in 2000 years concerned with the environment. 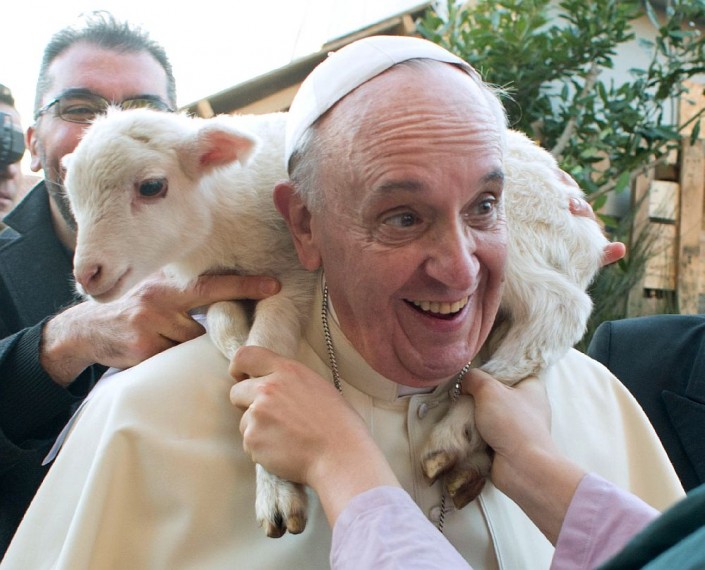 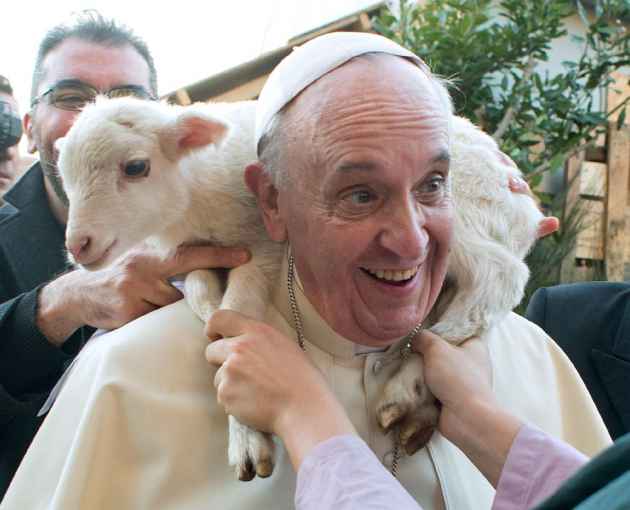 On June 18th, news outlets around the world reported on the Pope's Encyclical Praised Be: On the Care of Our Common Home. The encyclical is a global call for creating an "integral ecology" that brings multiple disciplines together for a sustainable future. This movement reflects a major shift in thinking regarding environmental issues — one where religious, cultural and secular values are seen as crucial for social transformation.

For decades the public has assumed that scientists or policymakers would solve environmental problems like climate change. Market-based and technological solutions were also pursued. While these approaches are necessary, we are realizing they are not sufficient to resolve pressing environmental challenges. Ecological issues are no longer viewed as simply scientific or policy issues, but also moral concerns. That is the significance of the encyclical and why it is provoking such strong reactions. Ethics is meeting ecology — a powerful formula for change.

The encyclical marks a historic moment. An encyclical is the highest-level teaching document in the Catholic Church, and this is the first in 2000 years concerned with the environment. It is addressed to the faithful, some 1.2 billion Catholics. Pope Francis makes it clear, however, that he is speaking not just to Catholics, or the larger Christian community of another 1 billion members. Rather, he is speaking to all people on the planet about our common home.

Even before its release there was a flurry of news stories — on its meaning and long-term significance — with attention from both supporters and detractors. The debate will continue for years to come for we are witnessing a historic moment.

The message has world-changing potential. The Pope is a popular leader who speaks simply and yet authoritatively, drawing on his MA in chemistry and his theological training as a Jesuit. And the encyclical was delivered as there is growing consensus that the human community needs to make changes on both global and local levels. The encyclical was released before the December climate talks in Paris and before the pope speaks at the United Nations and the US Congress in September.

The pope is calling for an integral ecology that brings together concern for people and the planet. He makes it clear that the environment can no longer be seen as only an issue for scientific experts, or environmental groups, or government agencies like the US Environmental Protection Agency alone. Rather, he invites all people, programs and institutions to realize these are complicated environmental and social problems that require integrated solutions beyond a "technocratic paradigm" that values an easy fix.

Under this framework, for example, he suggests that ecology, economics and equity are intertwined. Healthy ecosystems depend on a just economy that results in equity. Endangering ecosystems with an exploitative economic system is causing immense human suffering and inequity. In particular, the poor and most vulnerable are threatened by climate change, although they are not the major cause of the climate problem. Within this integrated framework, he calls for bold new solutions. This includes what he calls a "cultural revolution" of values from Christianity and the world's religions.

Thus to contribute to global warming and compromise our planetary life systems is seen by the pope and many others as morally problematic. This is a watershed moment — a broadening of ethics that encompasses both humans and nature. The move in the United States from segregation to civil rights in the 1960s was sparked by moral voices, such as Martin Luther King. So, too, ethical concerns now led by the pope encourage the growing turn from unsustainable environmental and economic practices. Indeed, he calls for "ecological virtues" to overcome "ecological sin." No wonder there is pushback; it is not surprising that climate skeptics are wavering. And just as with civil rights, this moral shift will take time.

For 25 years, the UN Intergovernmental Panel on Climate Change and the US National Academy of Sciences have issued numerous scientific reports. All warn about irreparable damage to ecosystems with human-induced climate change. The US Pentagon has acknowledged that climate change is a major security risk and urged efforts at mitigation. Yet, citizens of the United States along with others in the developed world have not changed our consumptive habits regarding energy use. Moreover, political gridlock dominates on both national and international levels, preventing enforceable agreements from being negotiated.

From Pope Francis, a penetrating moral message is emerging. This man who washes the feet of prisoners and lives in simple quarters has captured the hearts of millions yearning for authentic leadership and genuine change. And he follows in the footsteps of his namesake, Francis of Assisi from eight centuries ago, a man who abandoned family wealth and spoke of Brother Sun and Sister Moon recognizing the kinship of humans with nature and the cosmos.

Pope Francis has also embraced the poor, threatening the status quo of privilege and power.

He is encouraging transformation in religious, spiritual and secular communities working for ecology and justice. In doing so, he acknowledges the need for believers and non-believers alike to help renew the vitality of Earth's ecosystems and expand systemic efforts for equity. He is making visible an emerging worldwide phenomenon of religious environmentalism already working on greening seminaries and houses of worship as well as developing new ecotheologies and ecojustice ethics. This diverse movement is evoking a change of mind and heart, consciousness and conscience.

This is the focus of the Yale Forum on Religion and Ecology, which has worked for two decades to highlight the diverse ecological and cultural values embedded in the world's religions. The work began at Harvard from 1995 to 1998 with 10 conferences and then 10 edited volumes on World Religions and Ecology published at Harvard. The forum has since moved to Yale, continuing research, education and outreach; its website documents the publications, statements, and engaged projects that have emerged in the religious communities around the world.

The pope's encyclical also happened to run in tandem with a conference in Beijing on the efforts in China to create an interdisciplinary "ecological civilization" drawing on science, business, education and cultural values — sponsored by the Pulitzer Center for Crisis Reporting, the Yale School of Forestry and Environmental Studies and the Yale Forum on Religion and Ecology. The conference is among more than 25 organized by the forum.

The rising moral force for ecological and social transformation can be witnessed on every continent and in every religious tradition, as covered in my book Ecology and Religion, co-authored with John Grim: Indigenous communities preserve forests in the Amazon and in North America; the film Renewal examines eight case studies of religious environmentalism in the United States; Buddhist monks protect forests in Southeast Asia. Hindu practitioners restore sacred rivers in India; Jews, Christians, and Muslims conserve the Jordan River.

These examples of religious communities caring for our common home offer hope that Francis' message will not only be heard, but acted on. Indeed, the future of the Earth community may depend on it.

Mary Evelyn Tucker is co-director with John Grim of the Yale Forum on Religion and Ecology, with the Yale School of Forestry and Environmental Studies and Yale Divinity School. They are authors of Ecology and Religion, published in 2014 by Island Press, and producers of the Emmy Award—winning PBS film Journey of the Universe. Rights: Copyright © 2015 YaleGlobal and the MacMillan Center.