The Cost Of Independence

H.S. Bawa, one of Punjab’s leading Punjabi journalists, becomes perhaps the first journalist in the country to resign from his job on the ground that he was being forced to get paid news by his newspaper management. 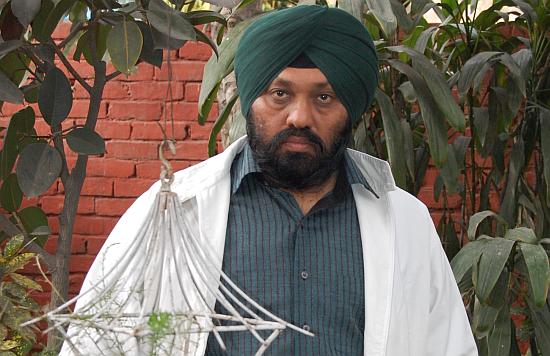 Media houses, candidates, the Election Commission and paid news made for a disturbing mix in the recently concluded assembly election in Punjab. Almost everyone agrees that the malaise of ‘paid news’ was more than ever before this time and that the monitoring agency, the EC in this case, could uncover just a small bit of it. (The Cost of Democracy) But just how big it really was became evident when the affliction took its first toll. HS Bawa, one of Punjab’s leading Punjabi journalists, quit as the bureau chief Jalandhar region for Rozana Spokesman (RS) on the ground that he was being forced to get paid news by the newspaper’s management. He could well be the country’s first journalist to do so.

Bawa had been headhunted by the RS from the popular Jalandhar based Ajit newspaper in June last year, at a fat pay packet. Eight months later on 31st January, just one day after polling, Bawa wrote a letter to the newspaper’s editor in chief, Joginder Singh detailing the reasons for leaving. “I have always been an independent and objective journalist and my reputation is well known in Punjab. My journalistic ethics did not permit me to either blackmail or coerce candidates to get paid news for the newspaper. I feel that by continuing in this organization which encourages journalists to sell news, I will be damaging my professional reputation built on many years of hard work.”

He told Outlook, “Ever since I joined I was under pressure to get advertisements which I did, because in the vernacular media houses where I have worked, it is common for journalists to get commissions on the advertisements they get for their publications. But once the election campaign started, they began asking me to sell ‘packages of paid news’. The newspaper’s managing director Ms Jagjit Kaur used to call me several times a day to tell me that they are disappointed with my poor output on packages. I was clearly told not to cover any candidate who had not bought a package of Rs 10 or Rs 15 lakh from us. Because of this, our election coverage of Doaba region which had dozens of prominent candidates was incomplete. But not once was I chastised for poor coverage. ”

The newspaper responded by telling him that as their highest paid journalist “you have not done anything noteworthy which justifies your high salary. You were reminded again and again that you have not got even 1/10th of your targeted business and most of your stories are biased and not up to the mark.” Joginder Singh editor in chief of the RS dismissed his reporter’s resignation saying, “This is the allegation of a journalist who was on the verge of being castigated for non performance. We were in the process of issuing him a written reprimand but he got wind of it and resigned before that.”

The EC’s monitoring of paid news during the Punjab assembly election, which led to it issuing some 300 notices to candidates, political parties and some media houses, created quite a scare. It had also declared that advertisements issued by candidates would be added to their election expense of Rs 16 lakh each. Although this was done with good intent, it actually led to a proliferation of paid news. An editor of a local daily who did not wish to be named told Outlook, how it hurt their business. “Just like Diwali season is a good time for shopkeepers, elections are actually the Diwali time for the media. This is the time when we make good money from advertisements and it is perfectly legitimate. But, by restricting advertisements, the EC virtually forced us to sell news instead. I would say all media houses did it in one way or the other. Did we have a choice ?”

Kanwar Sandhu the managing director of the popular Chandigarh based Day and Night News channel who has raised this issue with the EC, sees it differently. “Since paying for news amounts to corruption and bribery, I think the law needs to be more strict in these matters. A case should be registered under the Prevention of Corruption Act against, not only the candidate or political party which has paid for the news, but also the media houses accepting money. Instead of notices being sent by the EC and disapproving noises by the Press Council, there needs to be harsher and punitive punishment for those indulging in such acts. This is the only way the malaise can be checked. The Bawa episode only confirms what I have maintained earlier, that even though the EC was feeling smug about its efforts to contain the trend, it has only skimmed the surface.” For Bawa, the battle has just begun. As he says, “It is not easy to take on a stung employer. I consulted family and friends before I resigned. It's going to be hard going but its better than blackmailing people.”