The Case Against CSAT

The token change of removing eight questions on English comprehension does not speak very highly about the analytical skills and aptitude of the PM and his ministers. 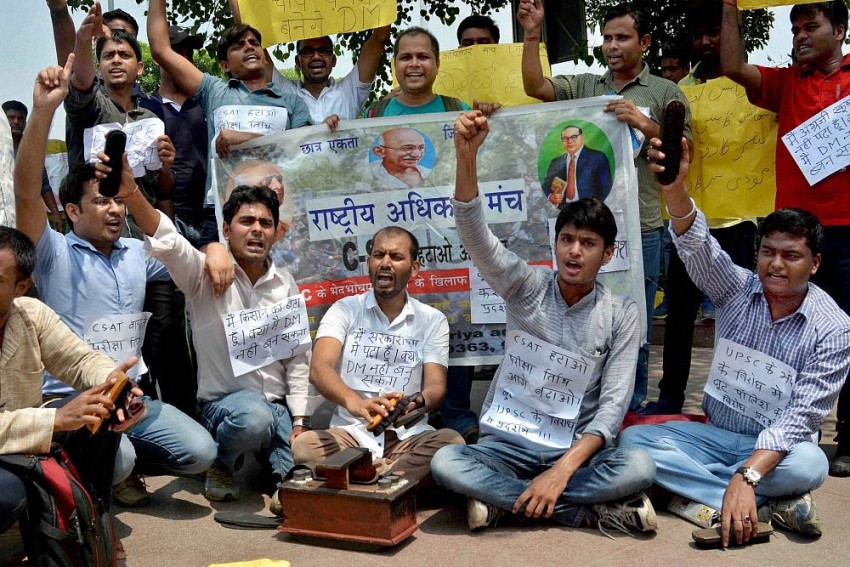 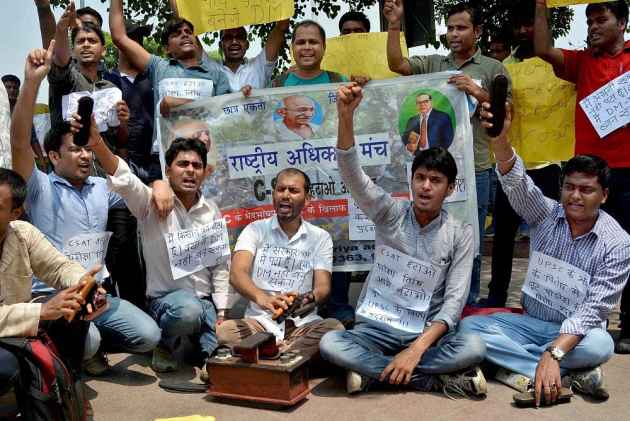 An impression has been created that students agitating against the Civil Services Aptitude Test (CSAT) are entirely opposed to testing of aptitude, presumably because they are deficient in such skills. Aptitude here is defined as the capacity for logical reasoning, problem solving skills, analytical abilities, verbal skills and basic numeracy. The conclusion is then drawn that this agitation is anti-meritocracy and which has led to assertions that there should be no place in the civil services for candidates who do not possess such skills which includes all the agitators and those who support them. This is a complete travesty of the actual stand taken by most of the critics of CSAT.

Back in 2011 when the UPSC brought in this new pattern, many of us had welcomed it as a sound and progressive step. Prior to this, the UPSC had an optional paper where candidates could select one among a large number of subjects. Performance varied widely across different optional subjects, which were not really comparable, and the system often conferred an unfair advantage to those offering certain subjects. Replacing this optional subject with a uniform and common test of skills and aptitude relevant to administration appeared eminently reasonable and hence there was little opposition when it was introduced.

However what we failed to see then was that there was a hidden agenda behind the change. To understand this we have to go back a bit further. Way back in 1979, the UPSC had introduced a new system for civil services recruitment based on supposed equality of treatment for Indian languages and English. While there were many shortcomings in the working of the system, it did bring about a greater degree of language equality with increasing number of students whose medium of instruction had been in Indian languages being able to enter the civil services. As a result, in the 1990s and 2000s, the nature and character of the civil services began to change with small town candidates from all over the country with a non-priviliged background becoming civil servants. The subsequent adoption of OBC reservations also contributed to this change.

It is undeniable that many, including senior civil servants, were unhappy with this trend because of what they saw as increasing number of rustics entering the hallowed portals of the civic services hitherto occupied largely by graduates of elite institutions like St Stephen's and Lady Sri Ram College,  if not Oxford and Cambridge. Most of these luminaries were also very critical of caste based reservations but that battle was of course lost to the democratic system. The new front that was opened aimed to preserve at least the class character of the bureaucracy, defined as ‘people like us’ (PLU), based among other qualities on their primary language being English.

This is why the manner in which the UPSC formulated and implemented the new CSAT pattern in 2011 totally destroyed the fig leaf of language neutrality that it had been supposedly maintaining since 1979 and the idea of ensuring a level playing field between candidates from different educational backgrounds (in language terms) went overboard. Thus it was the UPSC itself which destroyed the credibility of the CSAT and undermined the cause of aptitude testing as part of Civil Services recruitment. Initially it appeared to us that this was an unforeseen consequence of a well-intentioned reform attempt, but gradually the realization sunk in that it was being done wittingly and deliberately.

To appreciate this development we need to take a closer look at the CSAT paper and how it came to have this effect. Consider the 2013 version of the CSAT paper which included 80 questions. 17 of these involved some type of logical reasoning, 14 were based on diagrammatic reasoning and interpretation of tables and charts, 11 tested quantitative skills, and 6 were designed to test so called decision making and problem solving. Despite the poor framing of questions as well as the appalling translation skills of the UPSC, these questions were relatively language neutral. The performance in these questions was also relatively uniform for good students across different language backgrounds.

The critical part of the paper where severe discrimination arises involves 8 questions on English comprehension and 24 bilingual comprehension questions. Theoretically testing comprehension skills is a good idea. But the way in which these questions are formulated, confers a decisive advantage on those who are fluent in English. Even in the case of the questions for which Hindi translation is provided, the language used in the Hindi version is so convoluted that often it is almost impossible to make any sense of the passages in a reasonable time.

The Arvind Varma committee in its report was apparently gracious enough to accept this but felt that it was a relatively minor issue. So apparently does the government. Not only is it the key issue but the problem is not merely one of poor translation. The reality is that for those who are good in English, which has been their primary medium of education, and who have some smattering of quantitative skills etc., the CSAT is a cakewalk while for those whose basic education has been in Indian languages it is an insurmountable barrier.

Let us be clear that the struggle, unlike what is being disingenuously painted in the English media, is not over knowledge of basic English. Those protesting against CSAT can understand English, can even write it reasonably competently and in fact have to pass the English paper in the main examination in order to qualify for the interview.

The problem for them is that English is not their primary language of thought and expression, and that is what this exam seeks to use to eliminate them. The extra time that they need to understand these so called comprehension questions and the lower marks they score in these questions is enough to erode any advantage they may have in General Studies and other areas and knocks them out of contention for the main examination. It should be noted that each mark can make a difference of thousands of ranks in this examination.

What matters in this performance is not the presence or absence of so called aptitude, but aptitude defined as familiarity with English. The groundswell of protest erupted not because the protesters do not have the aptitude but as a result of frustration at the knowledge that though they often possess those logical skills, quantitative knowledge, ability to interpret charts etc. as well as a good understanding of Indian and global political, economic and technological processes that are touted as being important for civil servants, they will still be eliminated from the competition because of their lack of higher level English awareness.

The consequences of this lopsided pattern are clear. In 2010, the year before CSAT, 4,156 candidates appearing in the main examinations had chosen Hindi or another Indian language as their medium. The following year, after the introduction of CSAT, the number of non-English medium candidates plummeted to 1,682. In fact the data shows that such decline has occurred in the case of other Indian languages as well.

But there is yet another twist in the story which has been ignored. How do these so called high aptitude students fare in the main examination? There has been a precipitous decline in the cut-offs for the main stage. Students (from the general category) scoring as low as 564 out of 1750 (32%) qualified for the interview in 2014. Even the topper of the 2014 exam scored only 33.8% in the General Studies papers. The qualifying marks are declining because many of those appearing in the main examination have got to that stage primarily due to superficial English comprehension skills and have little substantive knowledge and understanding of the key areas of General Studies.

Some time ago the UPSC chairman D.P. Agrawal was quoted as expressing concern that the bulk of the candidates appearing in civil services examination were not equipped with an understanding of the country’s issues. His professed naivety is astonishing because a key factor in this decline is his promotion of the current CSAT pattern which emphasises superficial language skills in English, at the cost of such understanding. Is this the improvement in the quality in civil servants that the UPSC and their apologists are peddling?

Another interesting development is that because of the poor performance in the main written part of the examination, the interview stage which carries much lower weightage, has become decisive in the selection of civil servants, where of course the subjective view of the UPSC members is most important.

Our surprise is about how easily the PM and his ministers have been hoodwinked into believing that the token change of removing 8 questions on English comprehension is adequate to address all concerns and that the agitation is part of a political conspiracy to destabilise the NDA government. This does not speak very highly about the analytical skills and aptitude of the PM and his ministers.

Ashok Singh is an alumnus of IIT, Kanpur and has been involved in guiding civil services aspirants for over three decades.