The American War Moves To Pakistan

Its effects could be catastrophic, creating a severe crisis within the army and in Pakistan at large. It will only create a state of permanent mayhem in the region, resulting in ever more violence and terror, as well as heightened support for jihadi 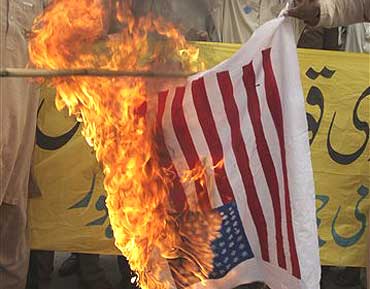 The decision to make public a presidential order of last July authorizing American strikes inside Pakistan without seeking the approval of the Pakistani government ends a long debate within, and on the periphery of, the Bush administration. Senator Barack Obama, aware of this ongoing debate during his own long battle with Hillary Clinton, tried to outflank her by supporting a policy of U.S. strikes into Pakistan. Senator John McCain and Vice Presidential candidate Sarah Palin have now echoed this view and so it has become, by consensus, official U.S. policy.

Its effects on Pakistan could be catastrophic, creating a severe crisis within the army and in the country at large. The overwhelming majority of Pakistanis are opposed to the U.S. presence in the region, viewing it as the most serious threat to peace.

Why, then, has the U.S. decided to destabilize a crucial ally? Within Pakistan, some analysts argue that this is a carefully coordinated move to weaken the Pakistani state yet further by creating a crisis that extends way beyond the badlands on the frontier with Afghanistan. Its ultimate aim, they claim, would be the extraction of the Pakistani military's nuclear fangs. If this were the case, it would imply that Washington was indeed determined to break up the Pakistani state, since the country would very simply not survive a disaster on that scale. 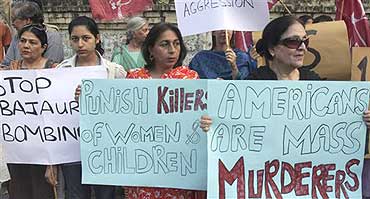 In my view, however, the expansion of the war relates far more to the Bush administration's disastrous occupation in Afghanistan. It is hardly a secret that the regime of President Hamid Karzai is becoming more isolated with each passing day, as Taliban guerrillas move ever closer to Kabul.

When in doubt, escalate the war is an old imperial motto. The strikes against Pakistan represent -- like the decisions of President Richard Nixon and his National Security Adviser Henry Kissinger to bomb and then invade Cambodia (acts that, in the end, empowered Pol Pot and his monsters) -- a desperate bid to salvage a war that was never good, but has now gone badly wrong.

It is true that those resisting the NATO occupation cross the Pakistan-Afghan border with ease. However, the U.S. has often engaged in quiet negotiations with them. Several feelers have been put out to the Taliban in Pakistan, while U.S. intelligence experts regularly check into the Serena Hotel in Swat to discuss possibilities with Mullah Fazlullah, a local pro-Taliban leader. The same is true inside Afghanistan.

After the U.S. invasion of Afghanistan in 2001, a whole layer of the Taliban's middle-level leadership crossed the border into Pakistan to regroup and plan for what lay ahead. By 2003, their guerrilla factions were starting to harass the occupying forces in Afghanistan and, during 2004, they began to be joined by a new generation of local recruits, by no means all jihadists, who were being radicalized by the occupation itself.

Though, in the world of the Western media, the Taliban has been entirely conflated with al-Qaeda, most of their supporters are, in fact, driven by quite local concerns. If NATO and the U.S. were to leave Afghanistan, their political evolution would most likely parallel that of Pakistan's domesticated Islamists.

The neo-Taliban now control at least twenty Afghan districts in Kandahar, Helmand, and Uruzgan provinces. It is hardly a secret that many officials in these zones are closet supporters of the guerrilla fighters. Though often characterized as a rural jacquerie they have won significant support in southern towns and they even led a Tet-style offensive in Kandahar in 2006. Elsewhere, mullahs who had initially supported President Karzai's allies are now railing against the foreigners and the government in Kabul. For the first time, calls for jihad against the occupation are even being heard in the non-Pashtun northeast border provinces of Takhar and Badakhshan. 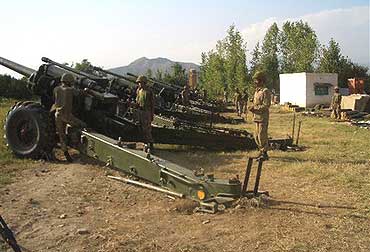 The neo-Taliban have said that they will not join any government until "the foreigners" have left their country, which raises the question of the strategic aims of the United States. Is it the case, as NATO Secretary-General Jaap de Hoop Scheffer suggested to an audience at the Brookings Institution earlier this year, that the war in Afghanistan has little to do with spreading good governance in Afghanistan or even destroying the remnants of al-Qaeda? Is it part of a master plan, as outlined by a strategist in NATO Review in the Winter of 2005, to expand the focus of NATO from the Euro-Atlantic zone, because "in the 21st century NATO must become an alliance… designed to project systemic stability beyond its borders"?

As that strategist went on to write:

"The centre of gravity of power on this planet is moving inexorably eastward. As it does, the nature of power itself is changing. The Asia-Pacific region brings much that is dynamic and positive to this world, but as yet the rapid change therein is neither stable nor embedded in stable institutions. Until this is achieved, it is the strategic responsibility of Europeans and North Americans, and the institutions they have built, to lead the way… [S]ecurity effectiveness in such a world is impossible without both legitimacy and capability."

Such a strategy implies a permanent military presence on the borders of both China and Iran. Given that this is unacceptable to most Pakistanis and Afghans, it will only create a state of permanent mayhem in the region, resulting in ever more violence and terror, as well as heightened support for jihadi extremism, which, in turn, will but further stretch an already over-extended empire.

Globalizers often speak as though U.S. hegemony and the spread of capitalism were the same thing. This was certainly the case during the Cold War, but the twin aims of yesteryear now stand in something closer to an inverse relationship. For, in certain ways, it is the very spread of capitalism that is gradually eroding U.S. hegemony in the world. Russian Prime Minister Vladimir Putin's triumph in Georgia was a dramatic signal of this fact. The American push into the Greater Middle East in recent years, designed to demonstrate Washington's primacy over the Eurasian powers, has descended into remarkable chaos, necessitating support from the very powers it was meant to put on notice.

Pakistan's new, indirectly elected President, Asif Zardari, the husband of the assassinated Benazir Bhutto and a Pakistani "godfather" of the first order, indicated his support for U.S. strategy by inviting Afghanistan's Hamid Karzai to attend his inauguration, the only foreign leader to do so. Twinning himself with a discredited satrap in Kabul may have impressed some in Washington, but it only further decreased support for the widower Bhutto in his own country.

The key in Pakistan, as always, is the army. If the already heightened U.S. raids inside the country continue to escalate, the much-vaunted unity of the military High Command might come under real strain. At a meeting of corps commanders in Rawalpindi on September 12th, Pakistani Chief of Staff General Ashfaq Kayani received unanimous support for his relatively mild public denunciation of the recent U.S. strikes inside Pakistan in which he said the country's borders and sovereignty would be defended "at all cost."

Saying, however, that the Army will safeguard the country's sovereignty is different from doing so in practice. This is the heart of the contradiction. Perhaps the attacks will cease on November 4th. Perhaps pigs (with or without lipstick) will fly. What is really required in the region is an American/NATO exit strategy from Afghanistan, which should entail a regional solution involving Pakistan, Iran, India, and Russia. These four states could guarantee a national government and massive social reconstruction in that country. No matter what, NATO and the Americans have failed abysmally.

Tariq Ali, writer, journalist, filmmaker, contributes regularly to a range of publications including the Guardian, the Nation, and the London Review of Books. His most recent book, just published, is The Duel: Pakistan on the Flight Path of American Power (Scribner, 2008). In the two-part video below, released by TomDispatch.com, courtesy which this article appears here, he offers critical commentary on Barack Obama's plans for Afghanistan and Pakistan, as well as on the tangled U.S.-Pakistani relationship. Copyright 2008 Tariq Ali