"It is a danger not just for a country or region but to an entire civilisation," Prime Minister Narendra Modi said, hours after touching down in the Maldives. 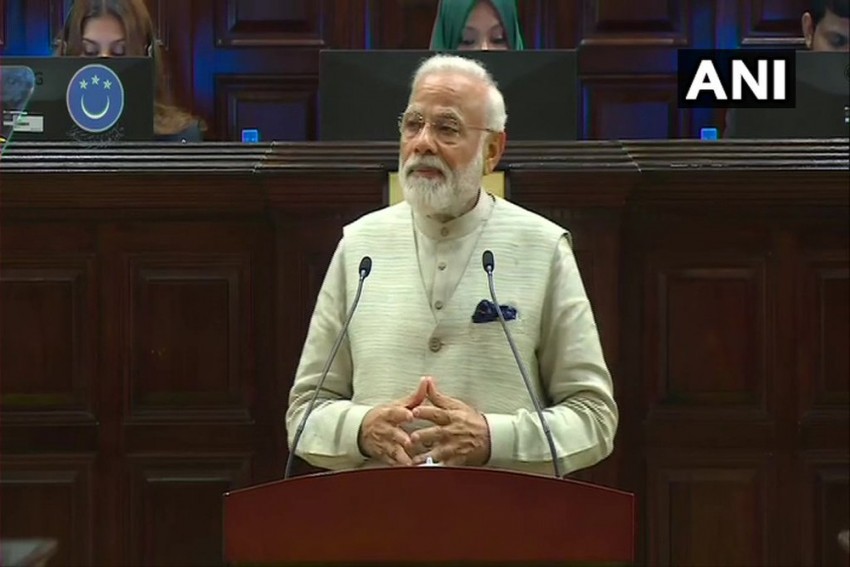 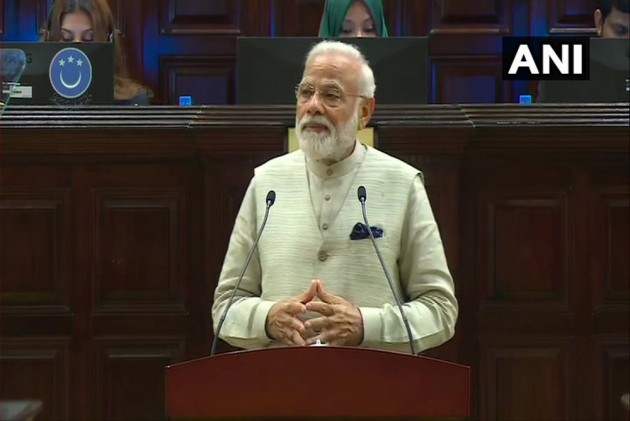 In his address to the Maldives Parliament, Prime Minister Narendra Modi on Saturday evening said that state-sponsored terrorism is the biggest threat today and it is time for a global conference on the matter.

"It is a danger not just for a country or region but to an entire civilisation," he said, hours after touching down on the Indian Ocean archipelago.

#WATCH PM Narendra Modi at Maldivian Parliament, "Terrorism is a danger not just for a country or region but an entire civilization. State sponsored terrorism is the biggest threat today. It is time for a global conference on terrorism." pic.twitter.com/dvTPvSs4aF

Speaking of India's contribution towards the conservation of Maldives' Friday Mosque, Modi said: "There's no such mosque elsewhere in the world like this historical mosque made up of coral."

He added that he was happy learning that the Maldives is working towards sustainable development and has become a part of the International Solar Alliance.

Reflecting on the rich legacy of island nations relations with India, Modi said that ties between India and Maldives are older than history. "From time immemorial, blue waters have washed our shores. They have also nourished our cultures and civilisations," he said.

Earlier in the day, the prime minister was conferred with Maldives highest honour, "Rule of Nishan Izzuddeen".

"Today, I have been conferred with Maldives' highest honour. I humbly accept this it. It is not just an honour conferred upon me, but it is a mark of respect given to the friendship and relations between the two countries," PM Modi said after receiving the honour.

"India gives utmost importance to its relationship with the Maldives. We want to have a strong partnership with each other. India is willing to help the Maldives in every way possible. May the friendship between India and Maldives last forever," he said.