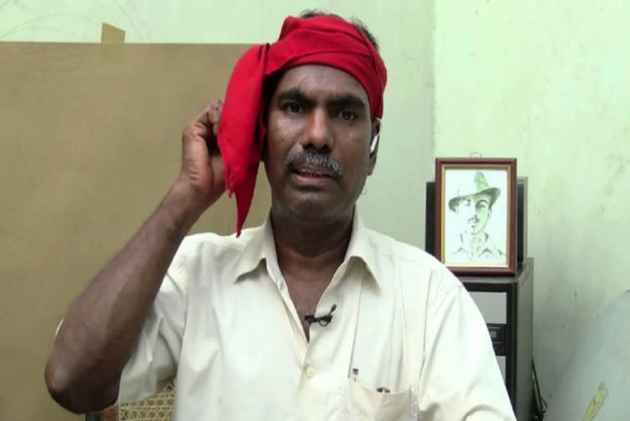 A propagandist singer of a an ultra Left outfit was arrested here today for his alleged "highly deprecative" song against Prime Minister Narendra Modi and the ruling AIADMK regime over the Cauvery issue.

Acting on a complaint from a BJP functionary, police arrested Kovan under IPC sections including those related to promoting enmity between different groups and provoking breach of public peace.

High drama marked Kovan's arrest with his relatives and friends objecting to him being taken away by police.

They placed vehicles in front of a police van brought in to take the propagandist away. Police personnel had a tough time removing them and arresting him.

"I sang a song against the Ram Rajya rath yatra. My song sought Cauvery Management Board. While we seek Cauvery water, they held a rath yatra as a precursor to riots and I have been arrested," Kovan alleged.

The song with alleged objectionable content was sung by Kovan in a protest here last month seeking CMB.

The song, which is also available in YouTube, slams the VHP-backed Ram Rajya Rath Yatra that traversed through Tamil Nadu districts last month. It was also allegedly disrespectful of Modi and the AIADMK regime.

In October 2015, Kovan was arrested on charges of sedition and for uploading defamatory content against the then Tamil Nadu Chief Minister Jayalalithaa in social media. He was released on bail a month later by a court.

Kovan, used to sing songs holding a traditional drum, was noted for his dance songs with a sharp Left ideology.