My new year begins in mid-July and has done for 30 years, ever since I signed up to study history in Delhi University in the mid-1970s... 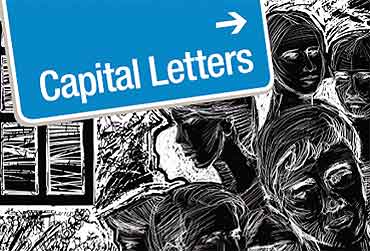 outlookindia.com
-0001-11-30T00:00:00+05:53
My new year begins in mid-July and has done for 30 years, ever since I signed up to study history in Delhi University in the mid-1970s. Now I teach in Jamia Millia Islamia and I know it’s the new year when I find myself driving past Holy Family Hospital towards Jamia’s pink campus. Why pink? I’m not sure, but between the pink buildings and the occasional camels plodloping down the road that divides the campus into two, Jamia feels like a suburb of Jaipur.

Only Jamia’s too green to be Jaipur. A concrete statue of Ghalib stands on a pedestal at the centre of Jamia’s main court. Ghalib once applied for a position as a teacher in Delhi College, but left before the interview in a tremendous huff because the Principal hadn’t personally come to the door to receive him. I think he would have liked having a university at his feet and we’re proud to have him as our grey eminence, watching over us. It’s interesting that apart from Jamia, no other college or university in Delhi, affirms, as we do with the Ghalib statue, an intellectual ancestor who represents a pre-colonial literary tradition. This time of year, though, the great man seems overdressed, trapped in his tall cap and long coat in the muggy heat.

Culturally, the most remarkable thing about Jamia is its immunity to Delhi’s lingua franca. Post-Partition Delhi speaks a slurred argot made up of Punjabi, Profaniti, and Hindi sentence endings. Jamia’s medium is Hindustani, which is basically Urdu made easy. Just to hear words completely and separately pronounced is such balm that the first fortnight of the academic year feels less like a return to work than a return to civility.

If you want to glimpse the Indian University as a gigantic machine impersonally processing young humans, you need to walk around a campus in Delhi during the two weeks between the middle of July and its end. Admission forms, passport photos, attested photocopies, gap year certificates, fee slips, bus passes, bank books, a storm of printed and signed and stamped paper swirls around campus for two weeks, and then suddenly abates, tamed into a new mountain of files.

Armed with their admission slips, the new students come to class, their names are written down in registers, and finally, with the calling out of their names and the commencement of lectures, the new year properly begins. Perhaps the fetish of form-filling and attestation serves a purpose; perhaps it is a university’s rite of passage, its way of reminding the new student that in the beginning was the word.