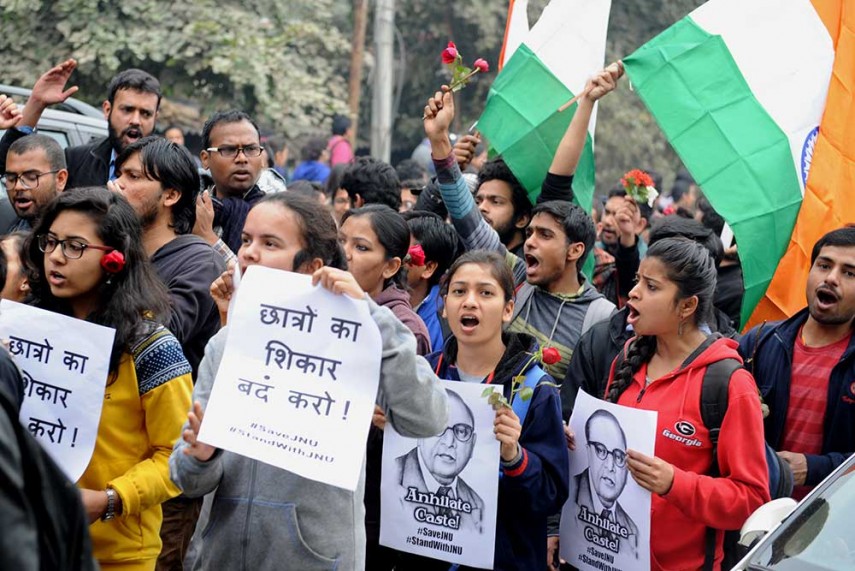 A year after the suicide of PhD scholar Rohith Vemula of Hyderabad University, another higher-education institution in the Telangana capital is in the midst of a controversy surrounding alleged caste discrimination in the wake of a reaction by academics to a recent court order.

A group of scholars has raised concern over a month-old judgement by a Hyderabad court convicting Dalit scholars for ‘defaming’ a professor at the city's English and Foreign Languages University (EFLU), claiming those convicted (for six months' imprisonment) were raising an issue of discrimination against students of the Scheduled Castes and Tribes in the 1958-founded varsity’s Department of German.

On December 13 last year, the IV additional chief metropolitan magistrate convicted five persons—senior students and alumni—from the EFLU in a defamation case filed against them in 2013 by German department professor Meenakshi Reddy.

This week, a team of academics accused Prof Reddy of having discriminated against Manuvath Sreeramalu, a student from a marginalised background, in the name of caste.

In a statement they signed, the academics termed the judgement as "harsh and disturbing", adding that all the five charged with imprisonment were from SC, ST and OBC castes.

Sreeramalu, now an ex-student with EFLU, had filed an SC/ST atrocity case against Reddy that predates the defamation case. The case was registered in 2012, and is still pending in the court.

Veteran writer-activist Susie Tharu, who taught in EFLU and is a signatory to the statement, said that seeking "just treatment" was a fundamental right, noting that the students were doing "just that" in the latest EFLU episode of alleged caste discrimination.

"In a democratic country, to treat protest as defamatory is to dangerously misread the words and the action," she said. "World over, and historically, the university is a place where the boundaries of thought and speech are extended.  It is a place, therefore, where freedom of speech is especially guarded."

In the last few years, the EFLU has faced a few such cases filed against its teachers.

In April last year, a case under the SC/ST (Prevention of atrocities Act) was filed against Prakash Kona, the proctor of the university, for removing Kunal Duggal, a PhD scholar, while he was on the varsity campus to attend the 125th birth anniversary of Dalit icon Dr B.R. Ambedkar.

In March 2013, an FIR was filed by EFLU students against the then proctor Harish Vijra for allegedly playing a role in events that led to the suicide of a Kashmiri student named Mudassir Kamran.

However, Prof Kona feels that the students have used social media as a weapon to hit the university administration “below the belt.” “From my own experience, students target the administration to tarnish its reputation. If a teacher’s reputation is on the line, one has to take action,” he says. When asked about the multiple cases—many of them SC/ST atrocity cases—that have been reported from the university in the past few years, he says, “There have been plenty of such cases from EFLU. Most of these are out of resentment for the administration.” He also thinks the students have been “misguided” by certain faculty members.

While these cases—and more—filed by students against the administration are far from reaching conclusion, the defamation case filed by Prof Reddy met with relatively swift judgement, students alleged.

The convicted scholars are currently on bail, and are going for an appeal.