Our security policy flows from two basic cardinals. That is, we have no extra-territorial ambitions and we have no desire to transplant our ideologies on other, said Bipin Rawat. 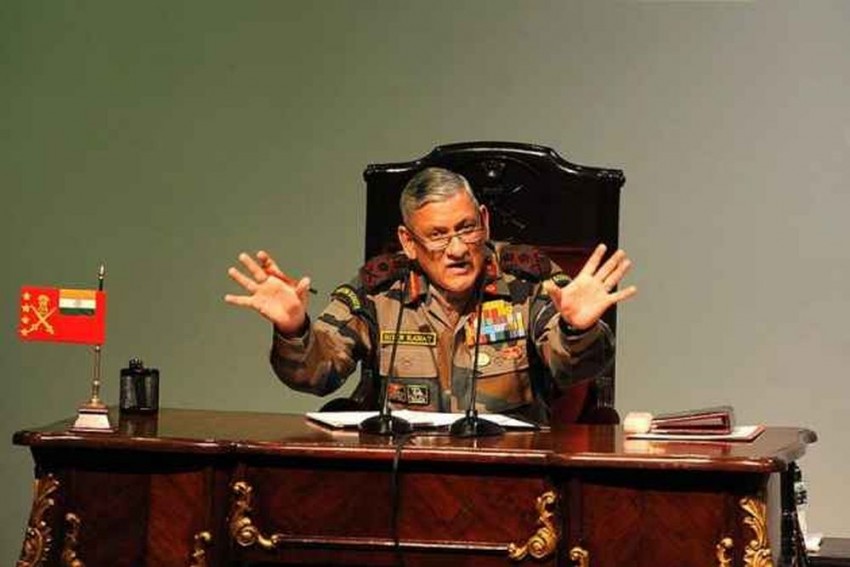 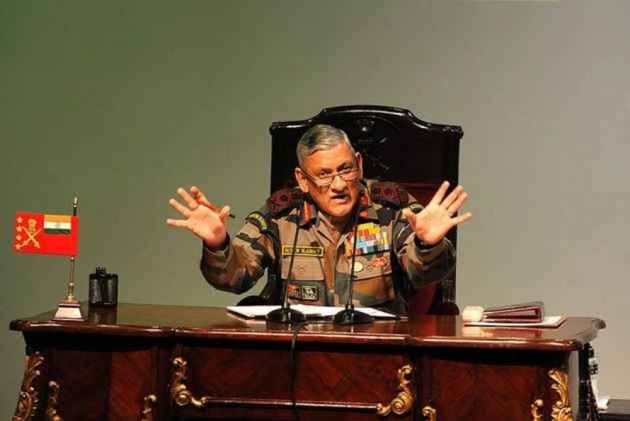 India has no extra-territorial ambitions, but its aim is to enure a conducive external and internal security environment for unhindered economic progress and socio-political development, Army chief General Bipin Rawat said on Thursday.

Contested sovereignty of maritime territories pose a major challenge in East Asia and the South China Sea and these disputed maritime boundaries are threatening international waters, Gen Rawat said, speaking at a seminar on 'Evolving Geo-Politics of the Indo-Pacific Region-Challenges and Prospects'.

Our security policy flows from 2 basic cardinals-we've no extra territorial ambitions&no desire to transplant our ideologies on others. Our aim is to ensure a conducive internal&external security environment for unhindered economic progress&socio-political development: Army Chief pic.twitter.com/RVRmUF8snE

Harinder Sidhu, the high commissioner of Australia to India, who also delivered a special address at the seminar, said if invited, Australia is willing to join the Malabar Exercise.

"It makes sense for Australia to exercise with whom we work closely in Indian and Pacific Oceans," Sidhu said.

Malabar is a trilateral exercise between India, the US and Japan, and Australia is keen on joining the naval drill.

She said with shared interest, its strategic location in the Indo-Pacific, Australia should also be considered in the top ranks of India's partnerships.

In his keynote address, Gen Rawat said, "Our security policy flows from two basic cardinals. That is, we have no extra-territorial ambitions and we have no desire to transplant our ideologies on others. Our aim is to enure a conducive external and internal security environment for unhindered economic progress and socio-political development. Thus, stability in the Indo-Pacific region is essential."

Strategic power balance in the Indo-Pacific is dynamic & will continue to remain so in the near future. Given the multiple stakeholders there is an ongoing power struggle, from an Indian perspective we have always played a constructive role in international relations: Army Chief pic.twitter.com/SsBEs6XQVo

Looking at the evolving geopolitics of Indo-Pacific region, 2018 in particular has been an eventful year so far. The transformational & disruptive nature of international relations have been most evident: Army Chief General Bipin Rawat pic.twitter.com/7WfARGZzjl

He said within the Indo-Pacific, the Indian Ocean Region remains India's primary area of interest.

India, he said, is committed to uphold and strengthen the rules-based order in Indo-Pacific.

Humanitarian And Disaster Relief (HADR) operations, Search and Rescue (SAR) missions, protection of vital Sea Lanes of Communication, and robust defence of India's island territories are major aspects on which the Army is investing in capability development towards tri-services efforts, he said.

On her part, referring to the maritime disputes in the Indo-Pacific, Sidhu said Australia has been concerned by the pace and scale of China's activities in the South China Sea, including the use of disputed beaches and artificial structures for military purpose.

Batting for a greater military cooperation with India, she said for the first time, in its 2017 Foreign Policy White paper, Australia placed India in the front rank for international partnership.

"While India has always been an important partner for Australia, our strategic partnership has been stronger than it has ever been. But with shared interest, our strengths as a country and strategic location in the Indo-Pacific, Australia should also be considered in the top ranks of India's partnerships. To do that we need to work to take the relationship to the next level. To cement our burgeoning military ties, it makes sense for India and Australia to agree on a Mutual Logistics Support Agreement between our militaries," she said.

This will cement the increasing interoperability of defence forces of the two countries.

On Quad, a group comprising India, Australia, the US and Japan formed to promote shared interests in the Indo-Pacific, the envoy said she is often asked whether it is achieving its objective.

"In my view, it is doing exactly what it was intended to do. The purpose of any dialogue is to build understanding and deepen shared interest. The Quad is intended to do no more and no less than that," she said.