Would Have Been Wonderful To Present Trophy To Kohli, Says Teary-Eyed Gavaskar

On Monday, the Virat Kohli-led side became the first team from Asia to win a series in the traditional format of the game Down Under. 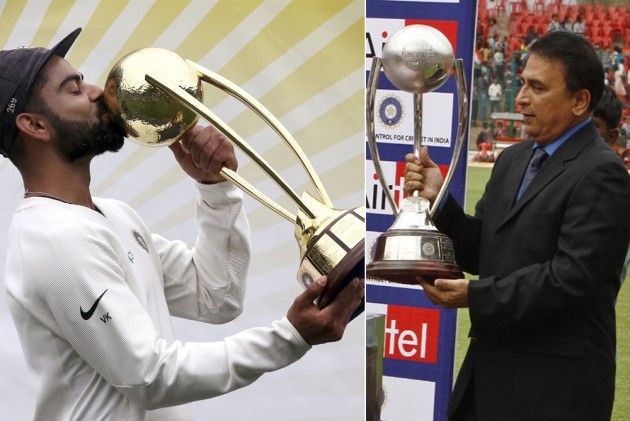 Former India captain Sunil Gavaskar admitted that he would have loved to present the Border-Gavaskar Trophy to Virat Kohli after India registered their first-ever series win in Australia.

India took 12 tours Down Under to achieve the feat. Unlike in the previous tours, India dominated the series, now named Border-Gavaskar Trophy in honour of former captains and first two players to breach the 10000 Test runs – Allan Border and Sunil Gavaskar, in all aspects of the game.

"I was very proud [seeing India lift the trophy], I had tears in my eyes because this is a historic moment. It would have been wonderful have been there, to present it. Because it is the first time Australia were defeated in Australia [by India].

"But seeing that presented was good enough because my sentiments were the team. To see them win, to see them lift the trophy was really really wonderful," the former India opener told India Today.

Gavaskar missed the trophy presentation ceremony due to an administrative error on Cricket Australia’s part.

Earlier, the 69-year-old said that he had not received an invitation after CA had undergone an overhaul in the aftermath of the ball-tampering controversy in March, with James Sutherland being one of the employees to depart the scene.

"I was sent a letter by Cricket Australia's Chief Executive, James Sutherland in May asking about my availability to present the Border-Gavaskar trophy and I would have been happy to go. But he stepped down and there has been no further contact," Gavaskar had said ahead of the fourth and final Test in Sydney.

"Disappointed. It would have been wonderful to be there. Not only I would have had the opportunity to meet up with Allan Border, who was a good friend of mine but also with Ian Chappell and some of my friends there in Sydney, Australia. But that's how it is," Gavaskar had said.

On Monday, the Virat Kohli-led side became the first team from Asia to win a series in the traditional format of the game Down Under after the fourth and final Test at the Sydney Cricket Ground was concluded without a single ball being bowled. The draw meant that India won the series 2-1.

If not for the inclement weather, the final scoreline would have been 3-1 as India were in a prime position to win the SCG Test too after imposing the follow-on after declaring their first innings at 662/7.