The president on Wednesday inaugurated the world's largest cricket stadium in Ahmedabad, which will now be known as Narendra Modi stadium 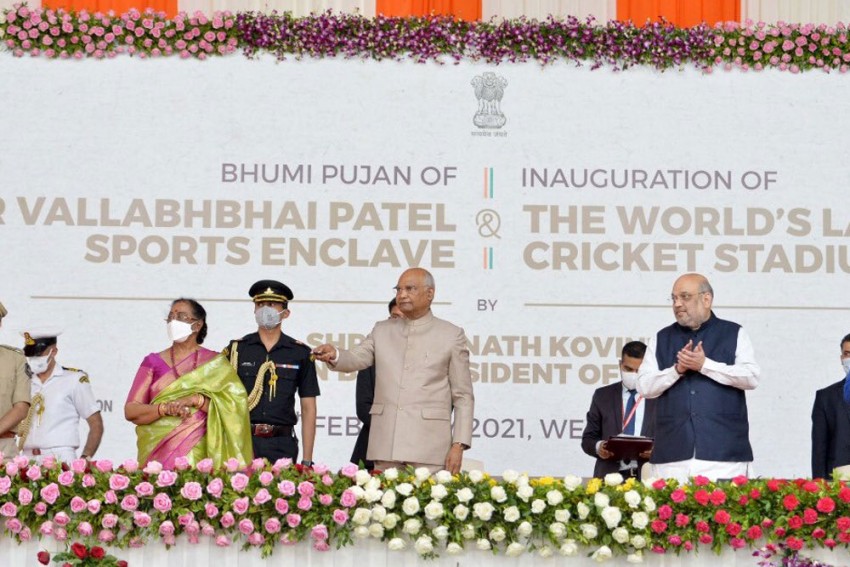 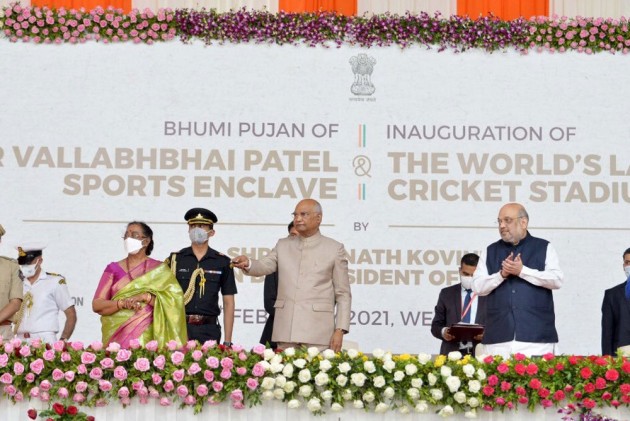 President Ram Nath Kovind on Wednesday said the world's largest cricket stadium in Ahmedabad showcases the aspirations and capabilities of "new India" that has made a strong mark on the world stage.

He also said that good sports facilities and performance in this field were the yardsticks of a nation's development.

The president on Wednesday inaugurated the world's largest cricket stadium in the city, which will now be known as Narendra Modi Stadium - renamed after the country's Prime Minister.

Recalling his November 2018 visit to Australia's Melbourne, Kovind said in his address that the cricket stadium there with a seating capacity of 90,000 was the world's largest such facility then.

"It is a matter of pride for all of us that the Narendra Modi Cricket Stadium has become the world's largest cricket stadium," he said.

"The stadium showcases the aspirations and capabilities of new India that has made a strong mark on the world stage. The dominance that India has achieved in cricket reinforces the belief that our country has the potential to achieve a higher position not just in other sports, but also in other areas of development," the president said.

India is called the 'power house of cricket' or 'hub of cricket', he said.

"Therefore, it is quite appropriate that the world's largest cricket stadium is also in our country now," he said after inaugurating the stadium that has a seating capacity of 1.32 lakh.

With a gold rating of green-building certification, the stadium is a good example of eco-friendly development, he said, adding that the modern facilities provided here would inspire players to perform their best, and the spectators would get a unique experience.

He also appreciated the efforts put in building the stadium which was started under the guidance of the then chief minister of Gujarat Narendra Modi, who is now the prime minister, and continued by Union Home Minister Amit Shah as the then chairman of Gujarat Cricket Association.

Kovind said that while the country is taking efforts in creating facilities related to sports and training of sports talent after identifying them through campaigns like 'Khelo-India' and 'Fit India' and programmes like 'Target Olympic Podium Scheme', it is equally imperative to ensure that talented players take benefit of such facilities.

He added that these things are important in the development of the character of the young generation and promotion of social and national development.

The president said that the initiative taken by the Gujarat government to build a sports enclave named after Sardar Vallabhbhai Patel, will work as a multi-sports venue and provide facilities for hosting national and international events.

"The Sardar Vallabhbhai Patel Sports Enclave will create a new identity for Ahmedabad city in terms of sports infrastructure," he said.