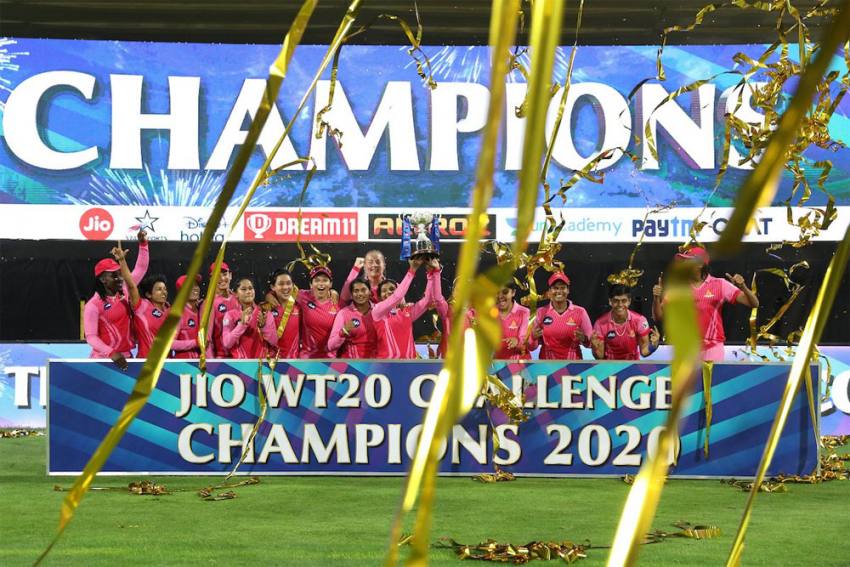 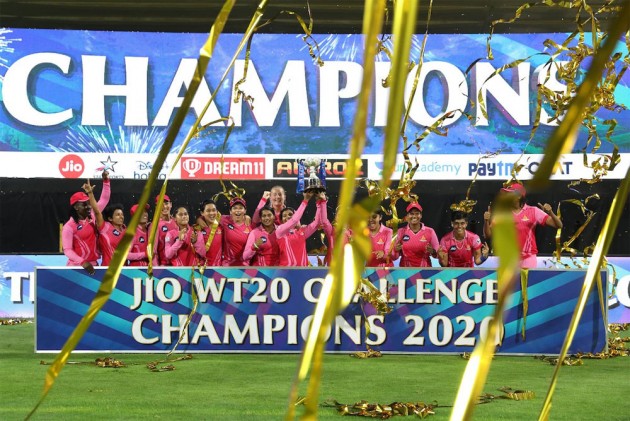 The summit clash turned out to be a low-scoring affair and it was not the best advert for women's cricket with strokeplay proving to be extremely difficult on a slow surface.

Barring Trailblazers Smriti Mandhana (68 off 49), the batswomen from either side struggled to get going. In response to Trailblazers' 118 for eight, Supernovas could only manage 102 for seven.

Nonetheless, it was a welcome return to the field for Indian players who were out of action since March due to the COVID-19 pandemic.

With the dew around, pitches have played better in the second half of the IPL but Supernovas found it tough from the word go on a slow surface.

After their spinners did well to restrict Trailblazers to a modest total, Supernovas were at the receiving end with left-arm spinners Sophie Ecclestone (1/26) and Rajeshwari Gayakwad keeping things tight.

Ecclestone trapped the in-form Chamari Atapattu (6) in front in her first over for a crucial breakthrough before offie Deepti Sharma (2/9) had Taniya Bhatia (14) caught at mid-wicket to leave Supernovas struggling at 30 for two in seven overs.

The partnership between Jemimah Rodrigues (13) and skipper Harmanpreet Kaur (30 off 36) promised a lot until the former was sent back, courtesy a brilliant catch at cover point by Thai player Nattakan Chantam.

Despite their experienced skipper in the middle, Supernovas were not able to break the shackles, leaving them to get 44 off the last five overs.

Harmanpreet was also struggling with her fitness during her innings which was eventually ended by Salma, sealing the game for her team.

Earlier, Mandhana was in full flow after Harmanpreet put the Trailblazers in to bat.

However, her effort was the only bright spot for the Trailblazers in what turned out to be an ordinary batting effort after they were 71 for no loss in 11 overs.

Yadav, who bowled a match-winning final over against the same opponents on Saturday, ended with figures of five for 16 in four overs.

Mandhana's cover drives were as delightful as her three straight sixes and it seemed she was batting on a different surface. Her opening partner Deandra Dottin (20 off 32) got a start but struggled to find the boundaries.

Mandhana got going by smashing offie Anuja Patil for a couple of fours and a maximum in the second over. The southpaw was happy to bat first and at 56 for no loss in seven overs, the Trailblazers looked like on course for a 150-plus total.

However, runs dried up after the powerplay with the ball getting older. The experienced spin duo of Poonam Yadav and Shashikala Siriwardene cut the flow of runs with their accurate spells, picking up a wicket each in the process.

Mandhana got stumped off Siriwardene in the 15th over and after that, it was all downhill for her team.

Yadav ran through the opposition batting line-up with three wickets in the 20th over.