Rahkeem Cornwall has been a part of various West Indies A teams and took the wickets prized wickets of Cheteshwar Pujara, Virat Kohli and Ajinkya Rahane during a tour game against a full-strength Indian side in 2017 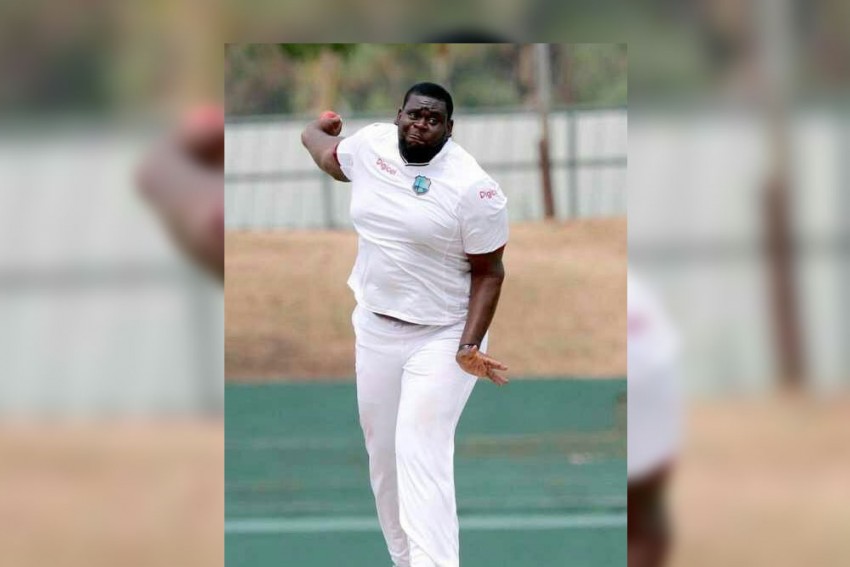 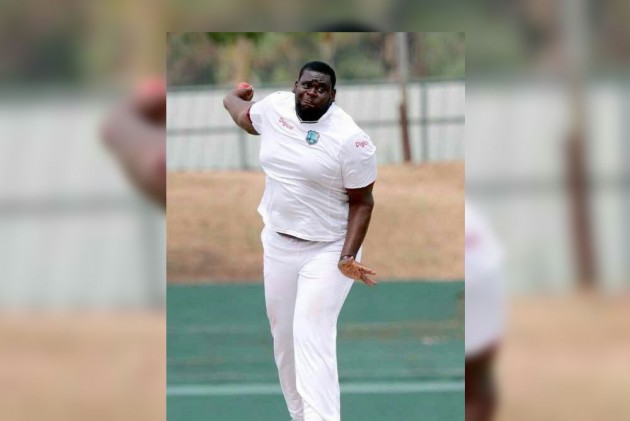 Remember Dwayne Leverock, the Bermuda cricketer, who took one of the most iconic catches in the sport's history to dismiss India opener Robin Uthappa during a 2007 ICC Cricket World Cup match. That catch apart, his call to fame is the bodyweight -- some 127 kg. His presence in the field was an intimidating one for everyone. Fast forward, the Indian cricket team may well see another giant of a man when Virat Kohli & Co take the field against the West Indies during their two-match Test series.

The Windies selectors on Saturday named Rahkeem Cornwall, who stands at a towering height of 6’6” and weighs around 140 kg. But unlike Leverock, Cornwall is a serious cricketer. The 26-year-old prefers to intimate opponents with his cricketing prowess, not with the physique. Evidently, the all-rounder has done enough to earn the Test call-up.

Cornwall has been a part of various A teams and has appeared against a full-strength Indian team in a tour game in 2017, wherein he claimed the wickets of Cheteshwar Pujara, Virat Kohli and Ajinkya Rahane. In 55 first-class matches, he has scored 2224 runs at an average of 24.43. He has also picked up 260 wickets at an average of 23.60. Besides, Cornwall even captained Leewards Islands earlier this year.

"Rahkeem has been performing consistently over a long period of time and has proven to be a match-winner, so we believe his elevation to the Test squad is merited at this time," Robert Haynes, the head of CWI's interim selection panel, said.

"We believe he can provide an attacking option to our bowling attack with his sharp turn and extra bounce. He can also lend a bit of depth to the batting, so we are looking forward to him coming into the squad and making a valuable contribution," Haynes.

If Cornwall makes Test debut during the series against India, he will become the heaviest cricketer ever to play international cricket. Well, the previous record-holder was Leverock. The dubious record belonged to former Australia captain Warwick Armstrong, who weighed 133 kg.

The Test series, which will be a part of the ICC Test Championship, will start on August 22 with the first Test at North Sound, Antigua. The second and final Test will be played at Kingston, Jamaica, starting August 30.

Meanwhile, the Windies selectors have put legendary Chris Gayle's retirement plans in a jeopardy by ignoring him while naming the squad. The 39-year-old Gayle played the last of his 103 Tests in September 2014, but had hinted during the World Cup that he was open to playing one more Test before bringing down the curtain on his international career.