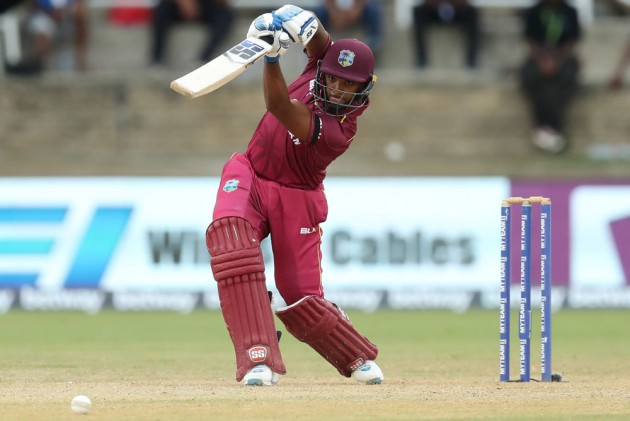 West Indies claimed an ODI series win over Ireland after a thrilling one-wicket victory in Bridgetown on Thursday.

In an extraordinary finish at Kensington Oval, the Windies went past their target of 238 with one ball remaining in the second ODI.

Sheldon Cottrell hit a six off the second last ball of the innings to give the hosts a 2-0 lead in the three-match series.

But Ireland were left to lament what could have been after an incredible finish to the contest.

WEST INDIES WIN THE SERIES!
We are out of words  A nail biter to the very end! Comment your reaction with an emoji below! #MenInMaroon #WIvIRE #ItsOurGame pic.twitter.com/foWwssb5Rv

Paul Stirling (63) had guided Ireland to 237-9 after they elected to bat first, with Alzarri Joseph (4-32) again starring for the Windies.

Rain delays impacted the Windies' chase as Nicholas Pooran (52) and Kieron Pollard (40) looked to have them on track for victory.

Hayden Walsh made an unbeaten 46, but it still took a nervy finish for the hosts to get over the line.

Ireland almost found a decisive run out off the third ball of the final over, but replays were inconclusive as to whether Mark Adair broke the stumps with the ball or his hands with Cottrell well short of his ground.

They should have sealed victory off the next ball after a mix up between Walsh and Cottrell but, with both batsmen almost stranded at one end, the latter recovered after Adair was unable to cleanly take a throw.

That would be Ireland's last chance as Cottrell smashed a six over covers off the next ball to clinch victory.

The final game of the series is at St George's on Saturday.