Virat Kohli assured India have prepared well for the first Test against Bangladesh despite great anticipation for their pink-ball match. 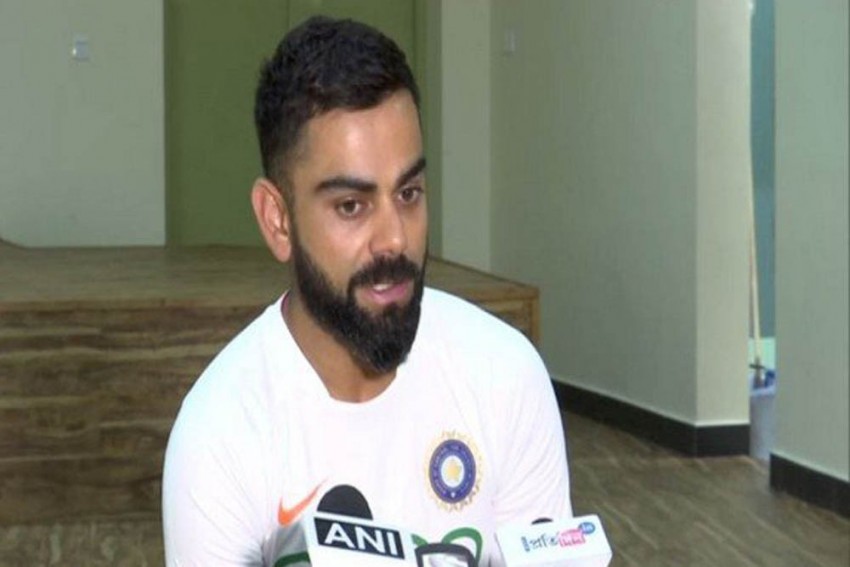 Virat Kohli anticipates the fast bowlers getting plenty of joy under the lights but assured India's main objective is getting a positive result in Indore
Twitter: ANI
Omnisport November 13, 2019 00:00 IST Virat Kohli Vows India Will Not Get Distracted By 'Exciting' First Day-Night Test Against Bangladesh 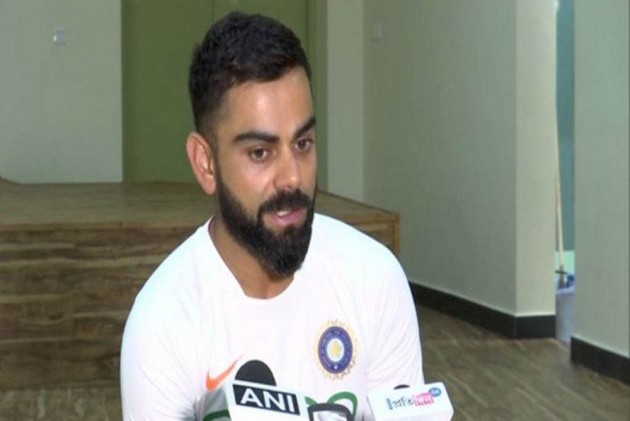 India are excited for their first day-night Test but captain Virat Kohli insists they have not overlooked their opening match against Bangladesh.

The two-Test series between India and Bangladesh begins in Indore on Thursday, before a maiden pink-ball match for both teams commences at Eden Gardens on November 22.

The match in Kolkata will leave newly promoted Afghanistan and Ireland as the only teams yet to play a day-night Test.

Kohli anticipates the fast bowlers getting plenty of joy under the lights but assured India's main objective is getting a positive result in Indore.

"It's quite exciting. I think it's a new way to bring excitement to Test cricket. We are all very excited about that," Kohli, who was rested for the 2-1 Twenty20 series victory over Bangladesh, told a pre-match news conference on Wednesday.

"The pink ball I played [on Tuesday], I felt it swings a lot more as compared to the red ball because there's extra lacquer on the ball which doesn't go away too fast. And the seam holds upright quite a bit.

"I think if the pitch has extra help for the bowlers then the bowlers will be in the game, especially fast bowlers, throughout the course of the Test match.

"I don't quite know how the old ball behaves with the dew and the lacquer going off. It will be interesting to see how much the old ball does. With the pink ball, with the pitch having enough, the life in it will be a very important factor.

"Our primary focus is tomorrow's Test match. When the pink-ball Test match arrives, as I said we will be quite excited about it."

HE IS BACK - Captain @imVkohli spends quality time at the nets ahead of the 1st Test in Indore #TeamIndia #INDvBAN pic.twitter.com/5Y2BakwRfj

Bangladesh will be without captain Shakib Al Hasan due to a two-year ban for ICC anti-corruption breaches, while Tamim Iqbal withdrew from the squad to be with his wife ahead of the birth of their second child.

Mominul Haque expects Bangladesh to rise to the task of playing without two key figures and does not plan to change his approach despite being named stand-in skipper.

"I do not think being the captain will change my batting style. I will apply the same composure I did before and will bat in the same manner," said the 28-year-old.

"Being a captain will help me become more responsible and it will further improve my cricketing knowledge. As a captain, it is a good opportunity for me to showcase my skills. It will be all about adjusting the mental aspect of the game.

"It will be challenging to play without Shakib and Tamim, but the guys are up for the challenge."