Home  »  Website  »  Sports  »  Virat Kohli On MS Dhoni's Future: He Cares For Indian cricket And Is On Same Page With Us

Virat Kohli On MS Dhoni's Future: He Cares For Indian cricket And Is On Same Page With Us

On the eve of India's T20 International series against South Africa, Virat Kohli maintained that the 38-year-old MS Dhoni will "remain valuable" as long as he continues playing the game even as team management grooms youngsters like Rishabh Pant. 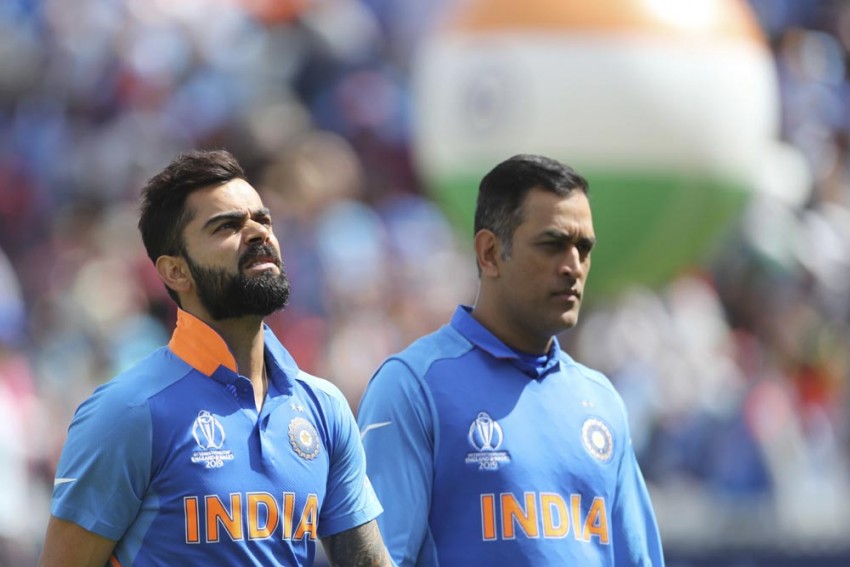 MS Dhoni has taken a two-month sabbatical from cricket and is not a part of the T20 International series against South Africa starting on Sunday.
AP
PTI September 14, 2019 00:00 IST Virat Kohli On MS Dhoni's Future: He Cares For Indian cricket And Is On Same Page With Us 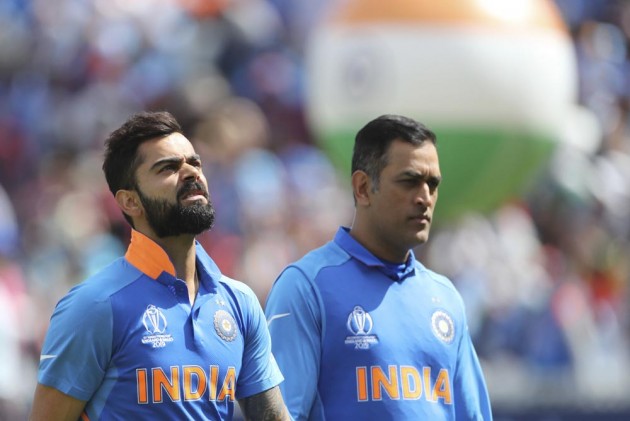 Mahendra Singh Dhoni has always put the interest of Indian cricket in mind and is "on same page" with the team management as far as his international future is concerned, skipper Virat Kohli said on Saturday.

On the eve of the T20 International series against South Africa, Kohli maintained that the 38-year-old Dhoni will "remain valuable" as long as he continues playing the game even as team management grooms youngsters like Rishabh Pant.

"One great thing about him (Dhoni) is that, he thinks for Indian cricket. And whatever we (team management) think, he is on the same page. The alignment is there. The kind of mindset he has had about grooming youngsters and giving them opportunities, and he is still the same person," Kohli replied when asked if the legend is in his scheme of things for next year's World T20 in Australia.

Dhoni has taken a two-month sabbatical from cricket and is not a part of the T20 International series against South Africa starting on Sunday.

While Kohli reminded the scribes about Dhoni's ability to prove his detractors wrong, his answer on his impending international future was a bit open-ended.

"Look, experience is always going to matter whether you like it or not. I mean there are a numerous number of times people have given up on sportsmen and they have proved people wrong and he (Dhoni) has done that many times in his career as well. As long as he is available and continues to play, he is going to be very valuable," Kohli said.

"When you decide to stop playing is an absolutely individual thing, and no one else should have an opinion on it, that's what I think," he added.

Kohli also justified Kuldeep Yadav and Yuzvendra Chahal's omission from the T20 squad as their weakness with the willow has prompted them to try out some other options.

"That was one of the reasons also to give opportunities to the guys who have done well in the domestic format and the T20 format and in the IPL also. So I think it's about finding the best balance that we can as a side and not necessarily stick to one kind of combination. If all teams across the world are batting till No. 9, 10, why can't we," the captain explained.

ALSO READ: Virat Kohli On MS Dhoni Picture Tweet: A Lesson For Me How Wrongly Things Are Interpreted

The India skipper recalled how the team management was criticised when Chahal and Kuldeep were inducted in the white ball set-up replacing a more fancied Ravichandran Ashwin and Ravindra Jadeja.

"So, you need to take those calls at one stage. Bringing those guys (Chahal and Kuldeep) at one stage was also not taken well by people. Look, whatever decisions are made, are to make sure that the team has the best and strongest balance that we can have approaching the T20 World Cup that we have next year," Kohli said.

With a lot of new faces trying to prove their mettle, the skipper outlined the specifics that he is looking in some of the players going forward in the season.

"As far as the road map is concerned, whenever there is a world tournament coming up, it is like a milestone and you start preparing from backwards (back calculate matches). I think every team will go though same process before T20 WC.

"These are opportunities where we can try various combinations with new people around -- check their ability, character, composure to perform at international level. From that point of view, it is exciting for a captain to try different players and check out combinations. We have all come through that process and I feel happy when I see these new faces emerging, trying to express themselves."