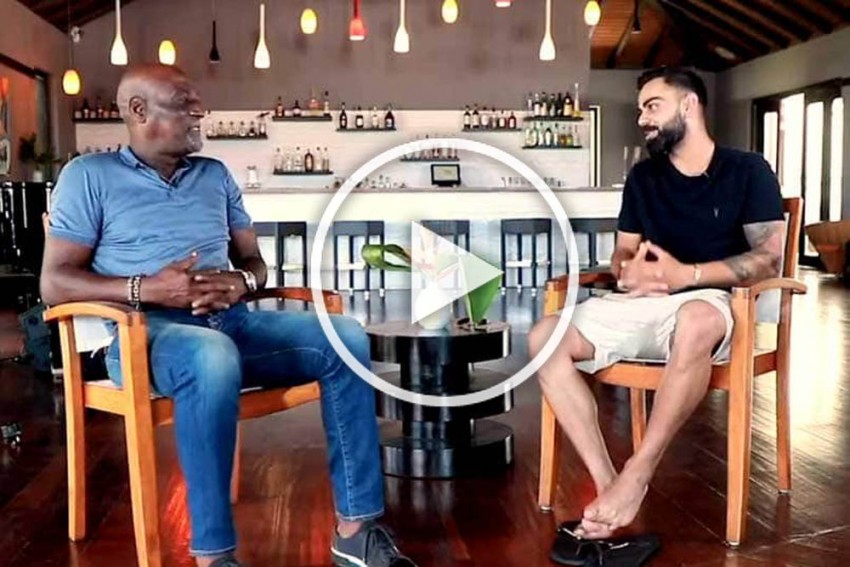 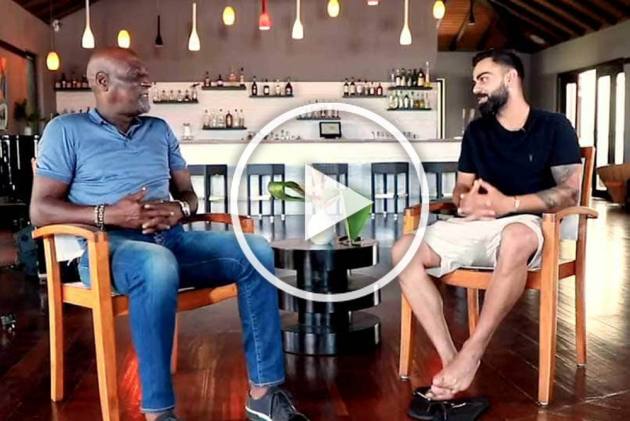 With India set to begin its World Test Championship campaign Vs West Indies in a two-match series with the 1st Test being held from August 22-27 at Sir Vivian Richards Stadium, skipper Virat Kohli doesn't mind getting hit and that too hard immediately after he takes guard as he feels it fires him up to have a go at the bowler. He interviewed Windies legend Viv Richards and talked about how they should face such deliveries.

The world's number one Test batsman gave his views on the 'chin music' that batsmen are often subjected to by fast bowlers, something that became quite a topic of discussion after Steve Smith was felled by a Jofra Archer bouncer during the second Ashes Test in London.

"I always feel it's better to get hit early on and know the feeling rather than always feeling you might get hit. I prefer getting early on and hard, it motivates me to not allow that to happen again," said Kohli on the Indian cricket board's official website 'bcci.tv'.

"Just that pain to go through your body and be like 'Ok enough it's not happening again'," he added.

Kohli, for once, was an interviewer rather than the interviewee as he chatted with Vivian Richards, the West Indies icon he is often compared to for his fearless approach to batting.

Richards also had his say on the matter, although his statement was nowhere close to being as flamboyant as Kohli's.

"It's all part of the game. It depends on how well you come back from these knocks. Before we had little guards around your ribs, you would take a hit and that's where you would feel and take a count but that's all part and parcel of the sport," he said.

Kohli spoke of his admiration for Richards, whose temperament, like the Indian, was considered aggressive.

"...the greatest inspiration to all of us batsmen, Sir Vivian Richards," said Kohli as he asked Richards about his journey.

The Caribbean legend highlighted the similarity between the two.

"I always felt I was good enough to be competing. I wanted to express myself in the best way that I can, I see that little similarity, that passion. There are times when folks would look at us in different ways and say 'wow, why so angry'?" he quipped.

In what is the first part of a two-part interaction, Kohli asked Richards why he avoided the helmet despite the quality of fast bowling in that era.

"I believed that I'm the man. It may sound arrogant but I always felt that I was involved in the game that I knew. I backed myself every time. You even back yourself to get hurt, to take the knocks," responded Richards.

"The helmet I tried felt a little uncomfortable. I felt the maroon cap given to me, I was so proud to have that. My mindset was that I'm good enough to be here, if I get hurt it's god's will, I will survive," he added.

Kohli and the Indian team are currently touring the West Indies for a full series.