Ashwin had missed the second and third Test of the series due to an abdominal strain and Ishant Sharma has been ruled out of the Sydney Test. 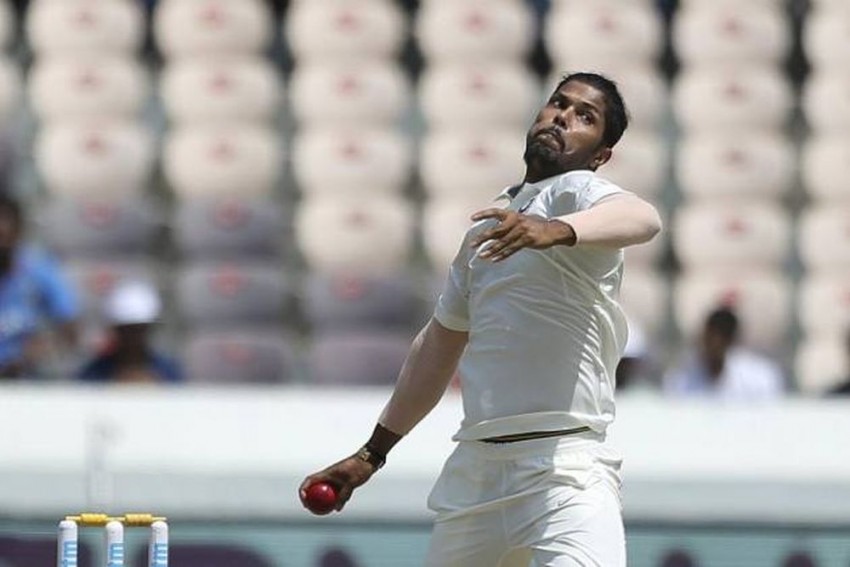 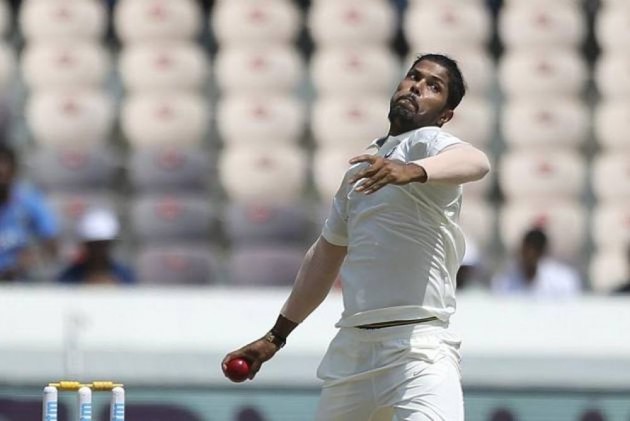 Indian pacer Ishant Sharma has been ruled out of the Sydney Test and is replaced by Umesh Yadav in the squad.

In the final Test, Indian spin bowler Ravichandran Ashwin's availability remained doubtful during the ongoing four-match series against Australia as the 32-year-old is not "100 per cent fit". Though Ashwin has been included in the 13-man squad for the Sydney Test, the decision related to his participation in the Test will be taken on the morning of the match.

Ashwin had missed the second and third Test of the series as well, due to an abdominal strain. Skipper Virat Kohli has expressed disappointment at the development saying that the right-arm bowler is "a vital part of the team in Test cricket".

Speaking at a press conference, Kohli said, "it is unfortunate that he's had two niggles that are quite similar in the last couple of away tours. It's something he will focus on to correct. The physio and trainer have spoken to him about what he has to do. He's very important in Test cricket. He's a vital part of the team. We need him to be 100 per cent fit. He's very disappointed he hasn't recovered in time."

Kohli, however, added that spinner Hanuma Vihari is bowling beautifully which makes them feel "absolutely calm about Ashwin not getting to play". The captain went on to say that they are considering Vihari as a "solid bowling option" at the moment.

"The Ashwin factor does make you alter your plans a little bit. But Vihari has bowled beautifully whenever he got the ball which makes us feel absolutely calm about Ashwin not getting to play," Kohli said.

"Vihari has looked like picking up a wicket every time he comes on to bowl. We are looking at him as a solid bowling option now, especially in this Test match. He has got pace in the ball, he puts effort and is economical. That's all you need from a bowler who bowls 10-12 overs for you," he added.

Reflecting on his own health issues, Kohli said that he has had a disc problem since 2011 adding that he is not too concerned about the same as it could be managed easily.

"I have a disc issue since 2011. It is nothing new. I have been able to manage it because of physical effort that I have put in the last few years. When you have a back that has disc issue, you can only maintain it that way only so I am not too bothered by it," Kohli said.

"When workload gets high it gets into a spasm. You don't necessarily get a serious issue and get fine within two-three days. It is easy to heal so I am not too concerned with it. You just have to manage it physically and stay ahead of the injury. I have been able to manage it till now and I think it is inhuman to keep going without niggles," Kohli smilingly added.

When asked if a Test series win in Australia would be his biggest achievement as the Indian captain, the right-hand batsman asserted that if it happens, it would not only be a great thing for him but the team as well. Kohli further stated that the fact that Sydney is the venue where MS Dhoni gave up his Test captaincy is going to make the last match even more important.

"I don't know (if it will be my greatest achievement as the Indian captain) because it has only been four years. If it happens then great because I have come here the third time for a Test series and understand completely how difficult it is to win here. At times you can put a good individual performance in Australia but to win as a team has been the biggest challenge for us. Till now it would definitely be a big series win not just for me but the team, as well," Kohli said.

"Fact that this is the place where we started our transition, this particular venue is where MS (Dhoni) gave up captaincy and we had a totally young side starting at number 6 or 7 in the world. We came back here as number one test side in the world and we want to be able to take that legacy forward," he added.

India is currently leading the four-match series 2-1 and will be aiming to seal the deal while taking on Australia in their final Test which is slated to be held from January 3 to 7 at the Sydney Cricket Ground.

Following are the 13-member Indian squad for the Sydney Test: