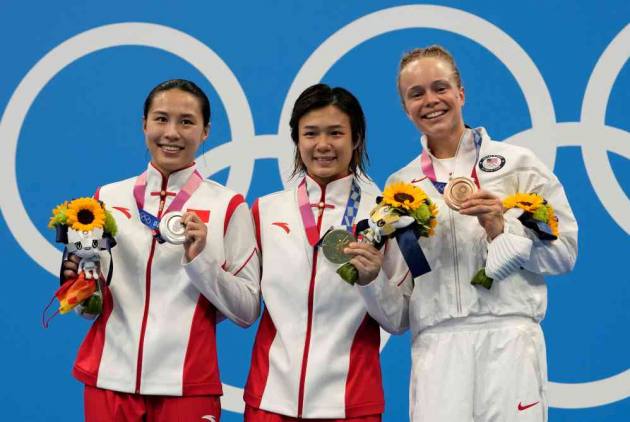 The Chinese have won four of the first five diving events. They took silver in men's 10-meter platform synchro.

Shi added the individual 3-metre title to the springboard synchro gold she earlier won with Wang Han, successfully defending both of her titles from five years ago in Rio de Janeiro.

Shi earned her highest score of 78.00 points on her last dive, a forward 2 1/2 somersaults with one twist pike. She knifed through the water with barely a splash. After climbing out of the pool, Shi buried her face in her yellow chamois, hiding her tears.

Krysta Palmer of the United States took bronze with 343.75 points. She's the first American medalist in 3-meter since Kelly McCormick won bronze at the 1988 Seoul Olympics.

It's also the first individual medal won by the United States since Laura Wilkinson's platform gold at the 2000 Sydney Games.