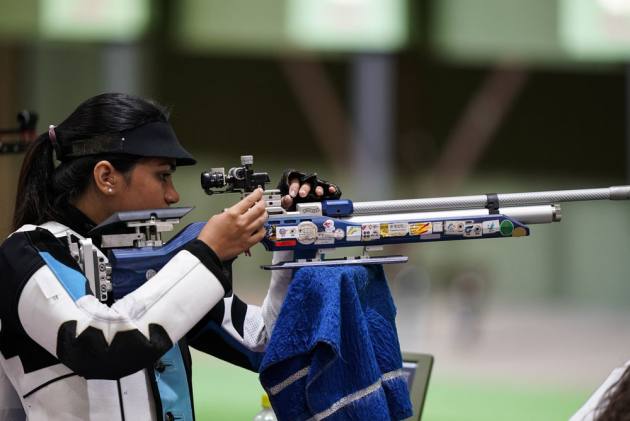 The Indian shooting federation on Tuesday promised an "overhaul" of the coaching staff after the 15-strong contingent's Olympic campaign moved from one disaster to another in Tokyo, the sport trending for all the wrong reasons, including intra-squad factionalism.

As the country's shooters continued to belie expectations with their horror show, reliving the Rio 2016 debacle, the head of the sport's national governing body promised a major revamp in coaching and support staff.

"Definitely the performances have not been on expected lines and I have spoken of an overhaul of coaching and support staff," National Rifle Association of India (NRAI) Raninder Singh told PTI.

He was speaking after the rifle and pistol shooters failed to clear the qualification stages of the mixed team events, leaving the followers of the sport dejected.

Questions are being raised about why the shooters were not able to replicate their excellent showing at the ISSF World Cups at the Olympics.

"I feel something is lacking in getting our shooters prepared for these big occasions, because clearly the talent is there and we have seen it here as well," the NRAI boss said.

He said the federation and other stakeholders concerned did everything they could to help prepare the shooters for the Games, including implementing the recommendations of the panel led by Olympic champion Abhinav Bindra after the disastrous medal-less campaign in Rio de Janeiro five years ago.

The NRAI got former India shooter and coach Ronak Pandit to train medal hope Manu Bhaker after she fell out with junior national coach Jaspal Rana, and the president said he tried to sort things out between the two of them.

However, he added that not all is still lost for the Indian shooting team as it is left with a few more starts.

"Having said that we still have starts left and let's continue to back the team and I am sure we'll get results. Postmortems can wait till after the Games," Raninder said.

The Indians found it hard to believe that their shooters failed to finish on the podium in the mixed team events, considered the country's best bet prior to the Games.

The pair of Saurabh Chaudhary and Bhaker caved in under pressure and failed to qualify for the final of the 10m air pistol mixed team events, finishing seventh in Qualification 2 after topping the first phase with 582 at the Asaka Range.

They lost the plot completely when the top eight teams battled it out in the second phase.

The other Indian team in the event, Abhishek Verma and Yashaswini Singh Deswal, failed to clear Qualification 1 and finished in 17th place.

Later in the day, the two Indian pairs participating in the 10m air rifle mixed team event too crashed out in the first qualifications stage.

The duo of Elavenil Valarivan and Divyansh Singh Panwar finished 12th with a total of 626.5 across three series each, while Anjum Moudgil and Deepak Kumar ended 18th out of 29 pairs with an aggregate score of 623.8.

Disappointed by the results, renowned shooters and Olympians such as Joydeep Karmakar and Heena Sidhu reacted with shock in a series of tweets.

"Now I would call it a disaster! This was a calculated and biggest hope from #Shooting #TeamIndia and lets not blame luck.. rather everything gained after this can come with the little help of luck!" Karmakar tweeted.

Karmakar, who missed a medal by a whisker at the London Olympics, said blame game, excuses and criticism are not going to help.

"I m sad, so are all, but the most? The athletes themselves!So pls refrain from unnecessary trolls and insults.Yes, few of them failed and will face criticism, and its part of every performing artists or athletes.But they are not rugs!Dont let your frustrations add to their trauma."

Karmakar also asked everyone to not "undermine" the team's teenaged athletes by referring to them as "kids".

"Kids?Ofcourse they are kids with their age,I love & will be loving them all the way as my kids too,& im close to them more than 99% ppl here. Bt as an athlete on the playing field I dont 'undermine' them as 'kids'. In a level playing field no ones a kid.We will protect them."

In continuation, he added, "At the same time its our responsibility to make them strong and agile in tough situation.

"Somewhere we need to realize, its not about guns , balls or racquet, its your mind which is strongest equipment which can win medals at Olympics. We need introspection!"

"Disappointing show at the 10m range today. Bad bad day for Indian Shooting Saurabh did well, he needed Manu to perform at her end. Disappointing," she tweeted.