This Is Cricket For You, It's A Great Leveller: Gavaskar Describes Shami's Intriguing Over To Williamson – VIDEO

In an intriguing over, Shami was hit for 6,6,4,2 then Williamson dragged the fifth ball. 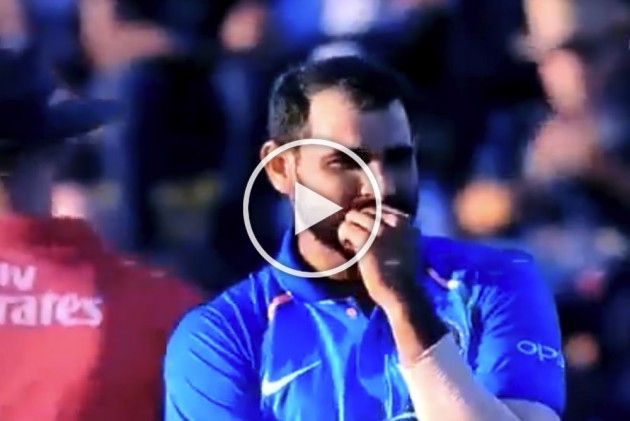 The glorious uncertainties of the game were at full display during the second ODI match between New Zealand and India at Mount Maunganui on Saturday.

Williamson started the eight over with a six, with the ball landing deep inside the fine leg gallery. Another bouncer and a the same result. The Kiwi skipper even punched nonchalantly the next ball for a four through off-side, then took a double.

That's 18 runs off the first four balls. And Shami seemed to have no clue.

The India pacer produced an ordinary delivery, a length delivery off the radar. Williamson played for a horizontal shot but ended up dragging the ball.

Describing the action was one of cricket's best and most recognisable voices.

"That is Cricket for you, it's a great leveller," said Sunil Gavaskar.

India captain Virat Kohli won the toss and elected to bat first. Openers Rohit Sharma and Shikhar Dhawan produced a 154-run stand for the first wicket, then a late flourish helped India to 324/5. Rohit top-scored with 87 off 96 balls, while Dhawan contributed 66 off 67 balls.