'They Can't Read Spin': Axar Patel Opens Up Mind Games Ahead Of England Vs India Series

Axar Patel's exploits came in the so-called dust bowls in India, and he is unlikely to get a chance in England. But the all-rounder played down the role of 'conditions,' saying his 'bowling is different from others' 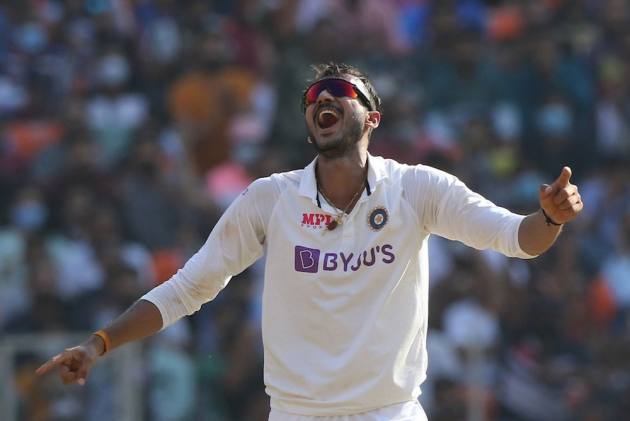 In a fledgling Test career, Axar Patel has toyed with England. And now, the all-rounder has started mind-games before India's tour of England, saying the 'Poms' can't read spin. (More Cricket News)

Patel, 27, made his Test debut in February during England's tour of India. In three matches, he claimed 27 wickets at a stunning average of 10.59. In the process, the left-arm spinner also broke a host of records, including back-to-back five-wicket hauls in a pink ball Test.

"If they are in doubt whether it’s spinning or not, they just play sweeps and reverse-sweeps. If one bowls stump-to-stump, then it gets tough for them but if the ball is pitched outside off-stump or leg-stump they go for the sweep. They don’t read the ball from my hand, instead, they go by where it’s pitched," Patel told The Indian Express.

Patel's exploits came in the so-called dust bowls in India, and he is unlikely to get a chance in England. But he played down the role of 'conditions,' saying his "bowling is different from others".

ALSO READ: India To Leave For England Tour On June 2

"I don’t think much, I have played in all conditions. It depends on how consistent I’m. My bowling is different from others, I bowl with pace and bowl quicker ones. I can add that ball which can spin [more] and I’m practising it. Whenever I meet any senior player, be it Anilbhai (Kumble) or Ashwin, I ask them what more I can do. I take inputs and try to improve my bowling," he added.

India will first take on New Zealand in the World Test Championship final against New Zealand from June 18 before a full series against England.

The team, which is currently undergoing hard quarantine in Mumbai, is expected to leave for England on June 2.