West Indies won the first two editions of the Cricket World Cup -- in 1975 and 1979. Once invincible in both long and short formats, the Caribbeans have lost their aura over the years and are a long-shot to win a major tournament like the 50-over ICC Cricket World Cup 2019 underway in England and Wales 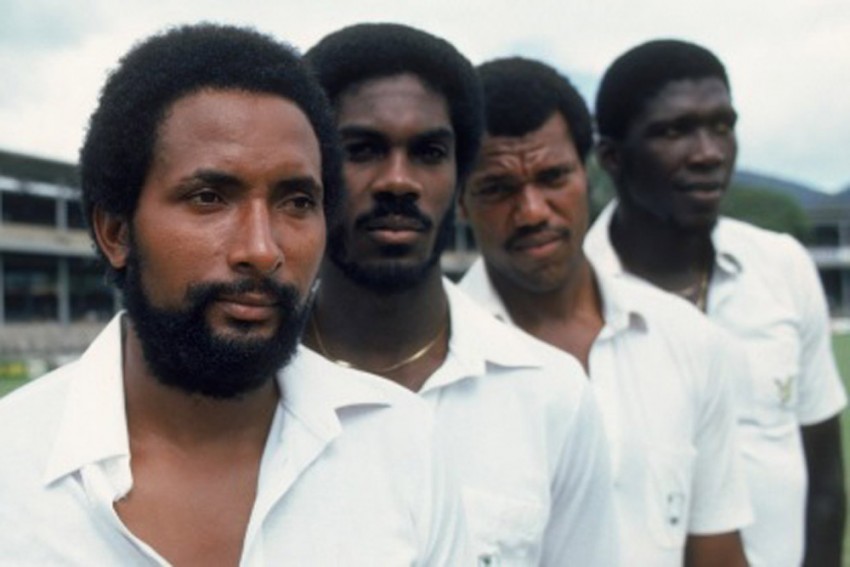 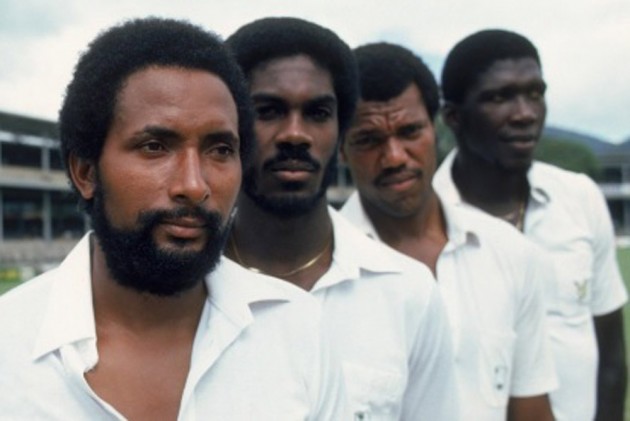 India shocked the world in 1983, stunning the hitherto unbeatable West Indies twice that year. Both victories against the Caribbeans were massive milestones for Indian cricket. The first one, the second ODI of a three-match series at Albion in Guyana, made a 'Test' team believe that it was good enough to play the shorter format and at Lord's on June 25, 1983, that belief turned into a dream when Kapil Dev's team surprised Clive Lloyd's side by 43 runs to win the Prudential World Cup for the first time. (FULL WORLD CUP COVERAGE)

The 27-run victory on March 29, 1983 at Albion was a Red Letter Day. It came against a full-strength West Indian team led by the mercurial Clive Lloyd and included such legends like Gordon Greenidge, Desmond Haynes, Viv Richards, Malcolm Marshall, Andy Roberts and Michael Holding. India were till then known for their ability to play five-day cricket. Sunil Gavaskar's 90 off 117 balls, Kapil's hurricane 72 off 38 deliveries and crucial 30s from Ravi Shastri and Mohinder Amarnath helped India score 282 for five in 47 overs.

Madanlal, Balwinder Singh Sandhu and Kapil picked up two wickets each to stymie the Caribbean chase and Shastri's left-arm spin fetched three telling breakthroughs as West Indies managed 255 for 9 in their 47 overs. Richards, Bacchus and Jeff Dujon got fifties. It was Madanlal who got the big wickets of Richards and Lloyd after Kapil and Sandhu removed openers Greenidge and Haynes cheaply.

Thirty-six years down the line, India are one of the hottest teams in world cricket -- No. 1 in Tests, No. 2 in One-day Internationals and No. 5 in the Twenty20 format. West Indies, by contrast are No. 8 in Tests, same in ODIs and ninth in the shortest format! There can't be a more telling piece of statistics to show West Indian cricket stands now.

Little Spark
Between 1983 and 2019, West Indies have won precious little. In 2016, Daren Sammy led the West Indies to the World T20 title, offering a joyful reminder of their ability to compete at the top of the world game. But then that joy was shortlived. Sammy retired from international cricket and like most of his contemporaries started criss-crossing the world as a T20 mercenary. Team bonding and the pride to wear West Indian colours were seemingly on the decline.

“I enjoyed the kind of cricket we played,” says Joel Garner, the legendary 6ft, 8in fast bowler who took eight of his 146 ODI wickets in the 1979 Cricket World Cup. “We just went for it. Really and truly, the most important thing was that we enjoyed each other’s company. We supported each other along the way.”

But then you can't fault players when the West Indies cricket board, perennially at war with players over wages, is unable to win the trust of its most gifted cricketers. Jofra Archer is the latest to desert West Indies. The young tearaway, born in Bridgetown, Barbados, is currently playing for England and the World Cup hosts are banking on him to win their maiden world championship. (PREVIEW: ENGLAND VS WEST INDIES)

At Southampton on Friday, West Indies, 10/1 to win the 2019 World Cup in the latest cricket betting, will look up to Chris Gayle to tame the 24-year-old who has already made an impact with three wickets each against South Africa and Bangladesh.

West Indies were formidable throughout the 1980s and 1990s, as Richie Richardson inherited the team from Viv Richards and ushered in the era of Brian Lara, Shivnarine Chanderpaul, Curtly Ambrose and Courtney Walsh. That period of dominance, which was made possible due to the perfect combination of intimidation, aura and skill, remains the most fabled and feared in the history of cricket.

Which makes the challenging times that West Indian cricket has suffered since all the more difficult to comprehend.

“It’s really sad to see West Indies cricket the way it is,” says Curtly Ambrose, who took 630 international wickets between 1988-2000, including 24 in World Cups.

“We were so accustomed to being No. 1 in the world and being the team that everyone wants to beat. To see the decline as a former cricketer is very hard to take,” Ambrose told Betway.com.

Abysmal Form
West Indies’ nadir came at the turn of the decade. Between February 2009 and July 2012, they won just two of 33 Test matches, while the knock-on effect of their ODI form was that they failed to qualify for the 2017 Champions Trophy through the ICC's rankings system.

“There was always going to be a decline .... no team can rule the world forever," says Ambrose.

“There is going to be a time when you lose players. It was going to be difficult to find another Clive Lloyd, another Viv Richards, another Brian Lara, another Malcolm Marshall. But we are taking a little too long, in my opinion, to bounce back. I believe we have enough talent in the region to get back somewhere in the top three of world cricket.”

In order to turn Caribbean cricket around, the West Indies Board has moved to make the entire domestic cricket setup professional in the last six years, incentivising youngsters to take up cricket as a full-time career. And then there is the emergence and popularity of the CPL – the Caribbean franchise T20 tournament – which can help transform the success of the team, if channeled correctly.

“T20 cricket is good for the consumers and people who run the tournaments,” says Garner, “But it’s important that the money goes back into cricket.

“If we want to have the future of cricket, then you invest the money you make back into the grassroots level. That is where the next set of cricketers are coming from.”

A Shift In Stance
Shiv Chanderpaul, whose ODI run tally for the West Indies is only bettered by Lara and Gayle, is confident that the administration has turned a corner.

“We do not have the money that is being pushed into cricket that another board might have,” he says. “But we’ve done a lot in the last few years. I used to do everything on my own without any money, no contracts, nothing. I had to find my own money if I had to travel.

The improvement is beginning to show in the West Indies’ results.

A 2-1 victory in the three-match Test series against England in January and February was followed by a 2-2 draw with World No. 1 team in the subsequent ODI series. They headed into this summer’s World Cup as underdogs, but also as many people’s dark horses.

No Wise Men
The only potential issue is that the last decade’s lost generation means that the current team, featuring talents such as Shai Hope and Shimron Hetmyer, is inexperienced. Even Darren Bravo, Kemar Roach and Shannon Gabriel, all aged 30 or 31, have not played much international cricket for their age.

“What you have to understand is that the great teams of the past had lots of senior guys to nurture the new guys that are coming into the team,” Ambrose says.

“Currently all these guys are basically starting their careers. They are learning on the job. It is going to take some time.”

If only there were a pool of ex-players willing to lend their experience, you might ask.

“When I was in the team, I would talk with them and help them, particularly when I was out in the middle,” Chanderpaul says.

“I see the England Cricket Board put Mark Ramprakash and Graeme Thorpe as batting consultants. That is something we have to start looking at.

“We have a lot of guys with experience in the Caribbean. We need a team of them to go out and work with young players to help them understand their cricket, because there is a lot of talent.”

With things heading in the right direction, taking Chanderpaul’s advice could see the World Cup-winning heroics of 1975 and 1979 replicated sooner than might have seemed possible.

(With inputs from Betway.com)