'Super V' Is All About Virat Kohli: Here's What India Captain Said About His Show

Super V, which is loosely based on Virat Kohli's life, tells the story of a 15-year-old teenager who is a cricketing prodigy, and who discovers his superpowers and goes on to fight the biggest supervillain to save the world 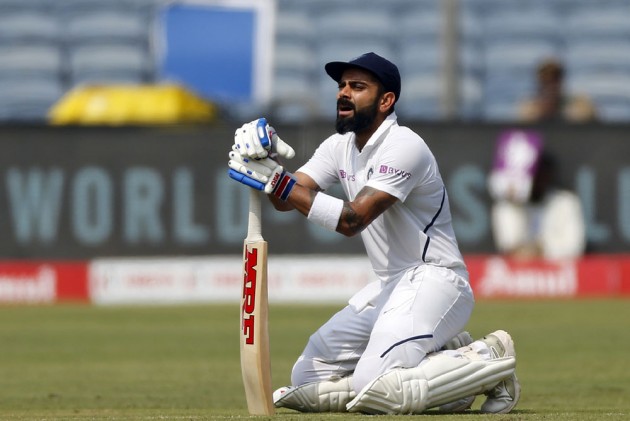 Indian cricket captain Virat Kohli launched an animated series titled "Super V", on Saturday in Mumbai. The series is about a fictional superhero named Super V, and is loosely based on Virat's life. (More Cricket News)

Super V tells the story of a 15-year-old teenager who is a cricketing prodigy, and who discovers his superpowers and goes on to fight the biggest supervillain to save the world.

A substantial part of the show is loosely based on Virat's life. It explores young Virat's relationship with his parents and with the world around him, comprising his sister, friends and teachers.

Talking about the upcoming show, Virat said: "It has a very beautiful storyline along with really good animation. Initially, I wasn't sure about this show, but then I thought why not? This show gives a positive message and every episode will give some learning to the kids who watch it.

"It's a progressive show and that I think it is the most important thing for me. I think whatever you present out there, whether it's in the form of an animation show or something else, there has to be a learning for someone in it, and that is exactly what Super V is all about."

Super V will premiere on Virat's birthday on November 5, at 3.30 p.m. The series airs on Star Sports, Disney, Marvel HQ and Hotstar.

During the interaction, Virat was also asked about his Diwali plans, Virat said he loves to celebrate the festival at home with family.

"Diwali is a festival of lights and it is something that everyone in the country enjoys with their family and friends. On the day of Diwali, it just feels nice to dress up and to offer prayers to God at home and to spend some quality time with your family. It's probably my favourite festival out of all and it feels really nice to be at home on Diwali," Virat said.

The Indian captain, regarded as one of the best batsmen in the world, was asked how he deals with failure. "Every human being goes through a bad phase in life. You can't avoid failure no matter how hard you try and you can't predict success as well. I think hard work is the only tool in your hand. People can face issues in different disciplines, whether it's in sports, studies, work place or at home. Over a period of time, I have realised that you learn more from your failures as compared to your successes."

He added: "I don't think you learn from success because after getting success you feel that everything is alright and then you don't look into areas that need improvement.

"But when you go through failure, then you take a realistic view of things and start all over again. I think it's a constant process. You have to fail, you have to work on yourself and you have to get up. I think commitment is also one of the important traits because you shouldn't do things just for the sake of it. If you are not honest and not committed towards what you do then, there is no use of pursuing it."