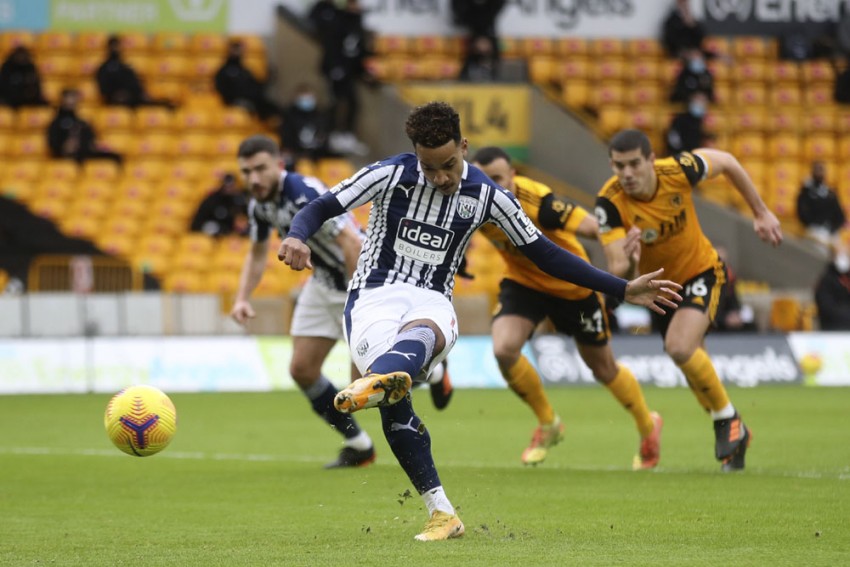 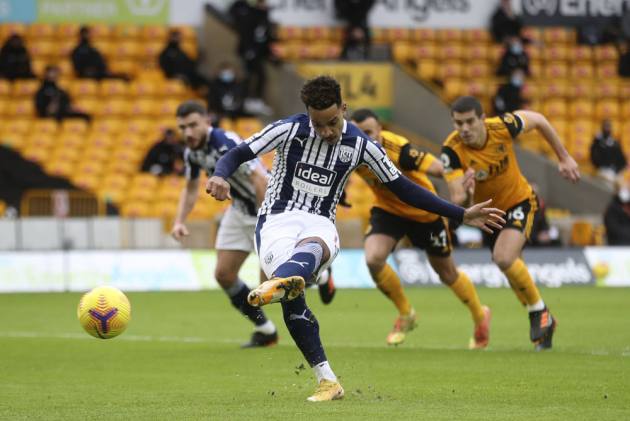 Willy Boly had an eventful derby and there was a penalty double for Matheus Pereira as West Brom boss Sam Allardyce maintained his unbeaten record against the team he used to support as a boy. (More Football News)

Albion claimed a huge victory in their bid to avoid relegation from the Premier League at Molineux on Saturday, beating bitter rivals Wolves 3-2.

There was no such entertainment at Anfield on Sunday, with a hugely hyped clash between Liverpool and leaders Manchester United ending goalless, while Antonee Robinson's red card was costly as Fulham were beaten by Chelsea.

Ilkay Gundogan matched his best Manchester City goal tally for a season in a 4-0 rout of Crystal Palace, while Tottenham captain Harry Kane made his mark in Yorkshire yet again

With the help of Opta data, we take a look at some of the quirkiest stats from the top-flight action over the weekend.

Boly in thick of the action as Wolves pay the penalty

Defender Boly became the first Wolves player to concede a penalty, provide an assist and score in a Premier League game since Adlene Guedioura in May 2011 - which was also against West Brom at Molineux.

Baggies midfielder Pereira was on target with two spot-kicks, becoming the fifth player to score a brace of penalties in a top-flight game this season. The last time there were so many penalty doubles was back in the 2010-11 campaign.

Allardyce was a Wolves fan as a youngster, but his allegiances have long gone out of the window, as the Albion head coach has not lost in 12 Premier League games against Wanderers - his longest unbeaten streak against any side.

Gun firing on all cylinders

The midfield maestro laid on one of two goals for John Stones, taking his tally of assists for City to a landmark 100.

Gundogan is another midfielder who has caught the eye this season and the Germany international was on target with a sublime long-range finish at the Etihad Stadium.

The former Borussia Dortmund playmaker has scored four goals in his past six Premier League games, as many as he could muster in his previous 55 matches in the top flight. His tally of six for the season is the joint-most he has scored for City.

4 & 6 - Ä°lkay GündoÄÂan has scored four goals in his last six Premier League matches, as many as he'd scored in his previous 55 games in the competition. His six goals in all competitions this season are his joint-most for the club in a single campaign. Technique. pic.twitter.com/mC4KzmD1nZ

Prolific Spurs skipper Kane led by example yet again in a 3-1 win at bottom-of-the-table Sheffield United.

Kane scored his 19th goal of what is proving to be another outstanding season in Tottenham's first league win at Bramall Lane since 1975, having failed to secure maximum points in their previous seven visits.

England captain Kane has scored in each of his past six Premier League games in Yorkshire, a run that former Leeds United striker Mark Viduka was the last to achieve in 2003.

Leeds will have to be wary of the talismanic striker when Jose Mourinho's men return to the White Rose county for a clash at Elland Road on May 8.

Great response to midweek. What a finish Tanguy pic.twitter.com/KLT2eJV9V9

Fulham full-back Robinson was sent off late in the first half of the London derby at Craven Cottage for a rash lunge on Cesar Azpilicueta.

Chelsea had to be patient as they pushed for a winner, but Mason Mount struck to consign Scott Parker's relegation-threatened side to a 1-0 defeat.

Robinson was the eighth player from the United States to be given his marching orders in the Premier League.

The former Wigan Athletic left-back's dismissal also made Fulham the first club to have two players from the USA see red, Carlos Bocanegra being the other.