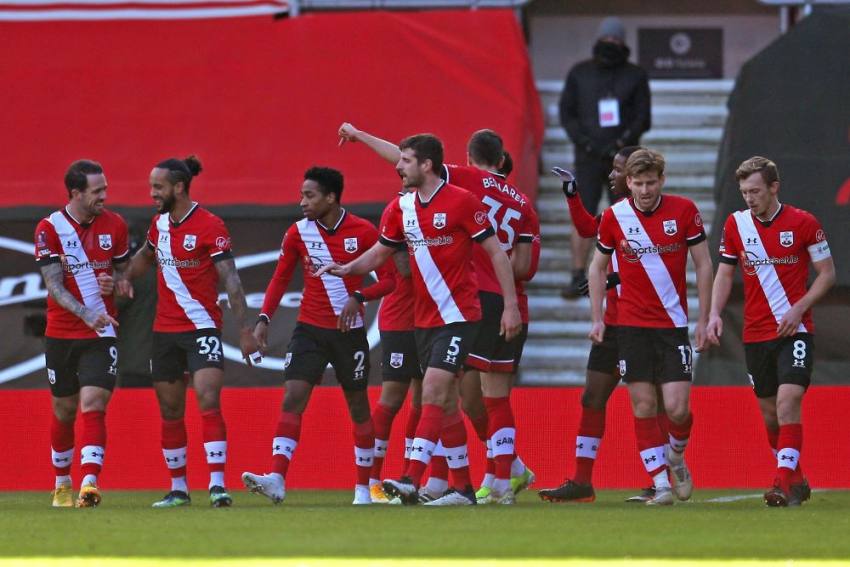 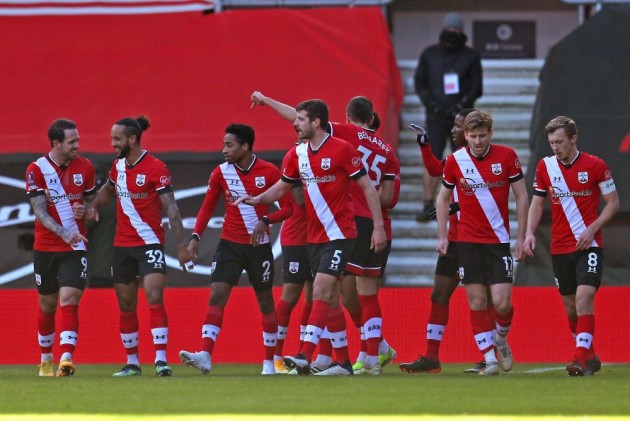 Holders Arsenal were dumped out of the FA Cup as the unlucky Gabriel Magalhaes settled a scrappy clash at Southampton with an own goal. (More Football News)

Southampton's 1-0 win at St Mary's came against an Arsenal side who were without Pierre-Emerick Aubameyang, their two-goal hero in last season's final, for personal reasons.

Gabriel turned a cross-shot from Kyle Walker-Peters beyond Bernd Leno for the only goal, his slight touch meaning a ball that looked like going wide squeezed just inside the left post.

Without Aubameyang, Mikel Arteta's Arsenal carried little threat against a side who sit one place above them in the Premier League.

508 - Gabriel’s own goal was the first goal Arsenal have conceded since Tammy Abraham’s strike for Chelsea on Boxing Day, ending the Gunners’ run of 508 minutes (5 games) without conceding in all competitions. Breached. #SOUARS

The visitors almost fell behind early on, a corner from James Ward-Prowse curling in from the right and clipping the crossbar.

Che Adams and former Gunners winger Theo Walcott threatened to find the breakthrough for Southampton before it arrived in the 24th minute.

The optimistic effort from Walker-Peters skidded low through a crowd of players and caught a flick off Gabriel on its way into the corner.

It meant Arsenal's defence had finally been breached after going 508 minutes without conceding a goal.

Southampton's Danny Ings smashed a shot against the foot of the right post early in the second half, although he had strayed a fraction offside.

Walcott thumped a shot high over the Arsenal bar as the hosts looked to make sure of their place in the next round.

In a largely underwhelming contest, Eddie Nketiah saw a shot palmed away by home goalkeeper Fraser Forster, while Ward-Prowse cleared off the line from substitute Bukayo Saka, but a flag for an earlier offside would have seen that ruled out.

What does it mean? Cup can be cruel

Arteta won the FA Cup in his first season as a head coach, so this was his first defeat as Arsenal boss in the competition. To lose Aubameyang just hours before kick-off was news he could have done without, and for this game to be decided by an own goal was equally rough on the Gunners chief.

If his corner kick that almost caught out Leno was a deliberate attempt to beat the goalkeeper, then it was a touch of genius. It may have been a slight mis-kick, but there were few missteps from the England international in an impressive display. He had more touches (68) than anyone else on the Southampton team and played 33 passes in the Arsenal half, by far and away the most of any outfield Saints player (three players made 19 such passes). He played eight crosses and produced a goal-line clearance into the bargain, impressing at both ends of the field.

Arsenal had 61.6 per cent of possession, meaning this was a wholly different game to the Emirates Stadium clash between these teams in December, when they had a mere 35.17 per cent of the ball. They were arguably the better team in the second half, but starting with Gabriel Martinelli ahead of Saka looked a questionable choice. The Brazilian had two shots but was mostly peripheral, having only 17 touches, and the arrival of Saka off the bench as his replacement was perhaps overdue when it came in the 58th minute.

- Southampton have beaten Arsenal in the FA Cup for the very first time, with the Saints drawing one and losing four of their previous five matches against the Gunners in the competition.
- The Saints have eliminated the holders from the FA Cup for the first time since beating Tottenham in a replay back in February 1902. Indeed, the Saints had lost each of their previous seven FA Cup fixtures against the competition's holders prior to today.
- This was Mikel Arteta's first defeat in the FA Cup as a player or manager in 15 games (W13 D1), since featuring in Arsenal's 1-0 loss to Blackburn back in February 2013.
- Gabriel's own goal was the first goal Arsenal have conceded since Tammy Abraham’s strike for Chelsea on Boxing Day, ending the Gunners’ run of 508 minutes without conceding in all competitions.

Enjoy that? These two teams will stage a repeat on Tuesday when they meet at St Mary's in the Premier League, which may prove a more captivating contest.