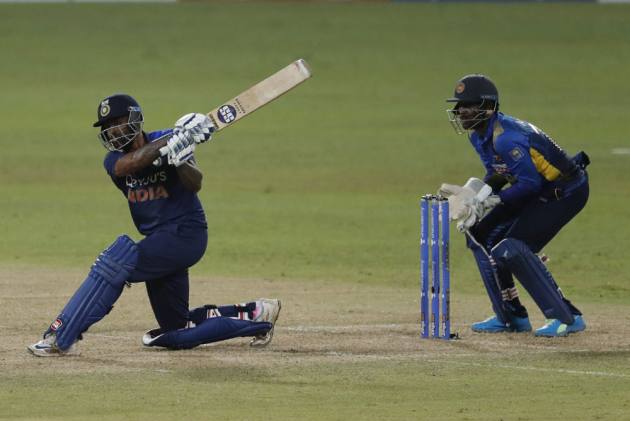 India batsman Suryakumar Yadav is disappointed not to score big in his debut ODI series but said his fate in international cricket is in his own hands and he will look to build on his experience from Sri Lankan tour.

The 30-year-old from Mumbai clinched the man of the series award for amassing 124 runs with a highest score of 53 in his debut ODI series against Sri Lanka.

"Obviously everyone dreams of playing for India. And it has been a lot of effort, grind, a lot of patience behind this. And it has been worth the wait and I am really happy about it," Yadav said at the virtual post-match press conference on Friday.

"From here on how I build it, it is all in my hands and I am really excited for the journey ahead."

Yadav, however, expressed disappointment for not being able to get a big knock.

"...the way I started in the first game, I got good confidence and in the second game, it was a perfect situation in the middle to win a game for the team, but that time also, it was not the way I play and I got out," he said.

"Really disappointed with that. And in the third game also, it was a good opportunity, wickets were falling from one end, to hold one end and try and play till the end, but could not do it.

"So that's the two things I am really keeping in mind, how do I build from here, but ya that is how you learn and move forward."

Yadav, who made his T20I debut earlier this year against England, attributed his variety of strokes to being a Mumbai player.

"...whenever you grow up in Mumbai, the types of wickets you get over there in club games and in domestic cricket, they are very challenging, so there you automatically have to think what strokes you have to play on those kind of wickets.

"The same thing I have been carrying to international stage as well and I will be doing the same thing."

"I have only one word for him (Shaw) whenever I see him bat or whenever I meet him, I call him a 'show stopper'. So whenever he bats, he is that way and I would love to see him remain the same," he said.

"He is batting brilliantly, his attitude while batting is brilliant, he has worked very hard on his fitness and it is good to see him doing so well and I am excited about it and we are really looking forward to seeing him in T20s," he said.

Talking about Chahar, Yadav said: "He has been doing it now and then for us in the Mumbai Indians also. He has got a lot of confidence from them. The way he was supported by our team management (MI), that was really nice to see and when he came back, he came with a man of the match performance.

"Same culture was here as well, he was playing his first ODI, there was a lot of support from team management, all the players on the field, I was happy to see him bowl so well, there was little bit of dew as well, the wicket was not that helpful for bowlers but he extracted spin really well from the wicket and I am happy for him," he signed off.

The three-match T20 series will start on Sunday at the same venue.