Scotland shocked fancied Bangladesh in their tournament opener and then got the better of Papua New Guinea by 17 runs in the second group match. 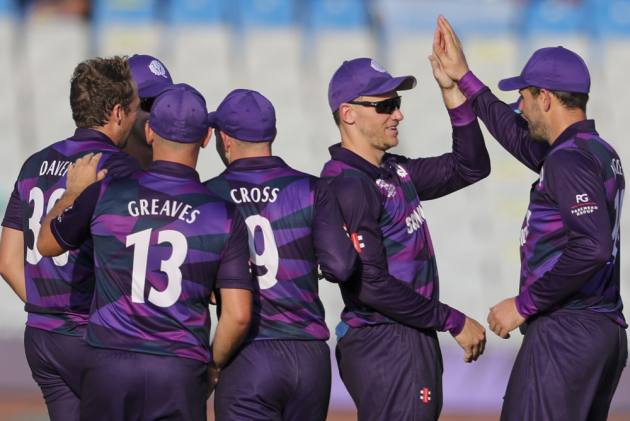 Scotland will fancy their chances of maintaining their unbeaten run and enter the Super 12 on a winning note when they meet Oman in their Group B league game of the T20 World Cup in Al Amerat (Oman) on Thursday. (More Cricket News)

Scotland shocked fancied Bangladesh in their tournament opener and then got the better of Papua New Guinea by 17 runs in the second group match on Tuesday, taking another huge step in their cricketing journey by qualifying for the Super 12 stage of the ongoing T20 showpiece in the Gulf.

Papua New Guinea are already out of contention following successive defeats, while Oman and Bangladesh, with a win each from two matches, are vying for a slot in the next stage of the tournament.

Prior to the tournament, Scotland skipper Kyle Coetzer had termed his team a strong and powerful squad, picking which was an "absolute nightmare."

Entering the mega-event with the hope of putting in some strong performances, Coetzer's team has so far lived up to his expectations in the country's third World Cup.

Scotland have plenty of options in the squad, players who are capable of coming up with useful contributions. They have all bases covered in their side, with depth in both batting and bowling.

There is power and touch at the top and middle-order including Richie Berrington and Calum MacLeod.

Berrington is coming off a 49-ball 70 in his team's win over PNG and Oman's bowlers will be certainly wary of him, while MacLeod, after failing to live up to his billing in the first two games, will be desperate to shine in his third attempt at the Al Amerat Cricket Ground.

Possessing a wide array of strokes, MacLeod remains one of Scotland's best players of spin and he can also bank on the experience of having played in over 50 T20 international matches.

Captain Coetzer and Matthew Cross, who struck a brisk 45 against PNG, complete a good top and middle-order that is aided by the likes of all-rounder Chris Greaves, the opening game hero who set in motion Scotland's campaign in the tournament with his exploits against Bangladesh.

They can pick among Safyaan Sharif, Josh Davey, Brad Wheal and Ally Evans for fast bowling while Mark Watt and Greaves shoulder the responsibility in spin.

Hosts Oman got their campaign off to an excellent start with a convincing win PNG but they are left to recover quickly from the loss to Bangladesh.

Playing at home, Zeeshan Maqsood's side has the players who can bat, bowl and field well enough to get the better of their in-form rivals.

A lot will depend on how their opening pair of Jatinder Singh and Aqib Ilyas do the job. They were prolific against PNG and will look for an encore on Thursday.

The likes of Fayyaz Butt, Bilal Khan and Maqsood himself have been among the wickets so far and for their team to stand a chance against Scotland, they know they will have to deliver.