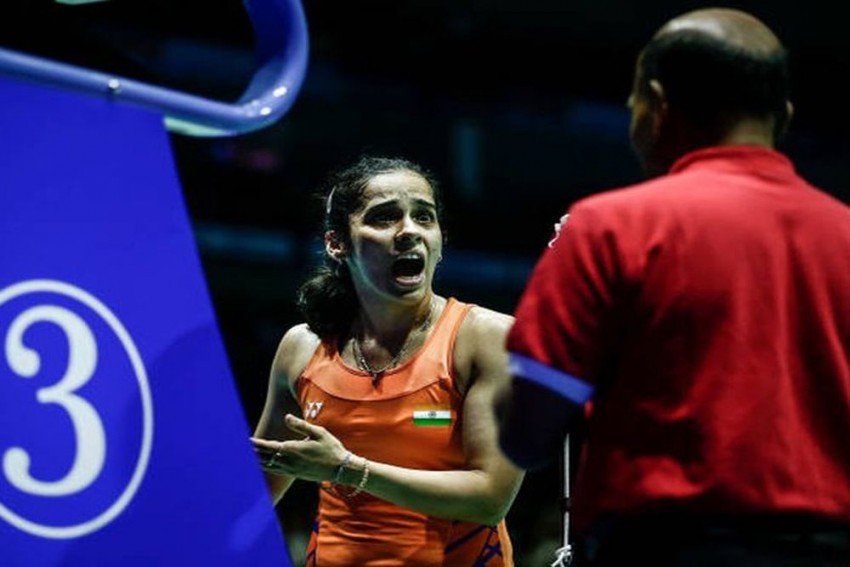 There was no video referral in place for Saina Nehwal's match against Mia Blichfeldt (not in pic) as it was not held in one of the two courts with live streaming facility.
Twitter
Outlook Web Bureau August 23, 2019 00:00 IST 'Feeling Cheated' - Parupalli Kashyap Slams Umpiring After Saina Nehwal's Exit From Badminton World Championships 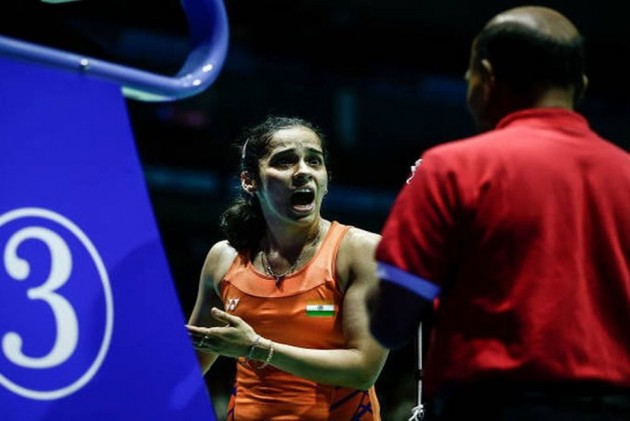 Saina Nehwal and Parupalli Kashyap lashed out at the umpiring after the former's defeat in the pre-quarterfinals stage at the Badminton World Championships in Basel on Thursday (August 22).

Saina, who had won a silver at the 2015 World Championships and bronze in 2017, lost 21-15, 25-27, 12-21 to World No.12 Mia Blichfeldt in a marathon women’s singles match that lasted an hour and 12 minutes. In the second game, that saw 52 points being played, Nehwal had two match points while also saving five game points. (BADMINTON NEWS)

There was no video referral in place for Saina's match as it wasn't held in one of the two courts with live streaming facility.

Kashyap, who often side by the courtside during Saina's matches, rued the lack of hawk eye.

2 match-points snatched away by bad umpiring . And numerous wrong decisions . Unbelievable that there are no reviews on other courts at the WORLD CHAMPIONSHIPS. When will our sport get better ? SICK @bwfmedia @HSBCBWF @NSaina #feelingcheated #totalbwfworldchampionships2019

Replying to Kashyap's comment, Saina also expressed her disappointment over the umpiring decisions.

Saina’s compatriot and two-time silver medallist PV Sindhu, however, sailed into the semis with a 12-21, 23-21, 21-19 win over Tai Tzu Ying of Chinese Taipei.