Tendulkar (65) led the way with a half century after Virender Sehwag's entertaining cameo and Yuvraj Singh's six-hitting spree to post 218 for three in last night's semi-final clash. 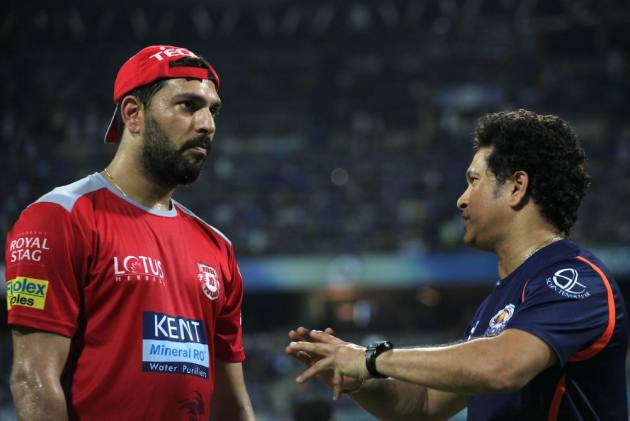 Tendulkar (65) led the way with a half century after Virender Sehwag's entertaining cameo and Yuvraj Singh's six-hitting spree to post 218 for three in last night's semi-final clash.

Pacer R Vinay Kumar took two West Indian wickets -- captain Brian Lara (46) and Tino Best -- at a crucial juncture in the 18th over that brought India back into the game.

Besides Tendulkar, Yuvraj played an unbeaten 20-ball 49 whirlwind knock, laced with six sixes and a four, to take India Legends past 200.

Yuvraj slammed six sixes in the last two overs. The 19th over saw Yuvraj hit leggie Mahendra Nagamootoo for four hits over the rope while the next two came in the last over of Suleiman Benn.