Ruturaj Gaikwad has shown potential in the limited opportunities he has got for CSK in this IPL. The Maharashtra batsman has impressed coach Stephen Fleming too

Future-looking Chennai Super Kings will be counting on 23-year-old Ruturaj Gaikwad when they draw up plans for the 2021 Indian Premier League season and beyond.

Apart from Ravindra Jadeja and Sam Curran, Gaikwad has been the only bright spot in CSK's below-par performance in IPL 2020.

The right-hander has brought the smiles back in the Chennai Super Kings camp and the back-to-back wins against Kolkata Knight Riders on Thursday and Royal Challengers Bangalore on Sunday have only highlighted what it could have been had everything gone according to skipper MS Dhoni and head coach Stephen Fleming's plans.

The Chennai Super Kings management, where former BCCI president N. Srinivasan has the last word, had seen Gaikwad as a great potential given his impressive first-class performance.

In an interview to Outlook August-end, Srinivasan had said MS Dhoni was not worried about Suresh Raina's sudden exit from IPL.

The septuagenarian former cricket strong man called Raina a "prima donna" and had hinted his future at CSK was in jeopardy.

Angry at Raina's departure from UAE, Srinivasan said Gaikwad would get a chance to seal his place in the CSK top order.

Although the real reason for Raina's departure remains a mystery -- the player cited the fear of COVID as a factor -- Srinivasan said Ruturaj Gaikwad was a good enough back-up.

"We had done a lot of research before picking him at the auctions. I am sure he will fill the gap," the CSK boss said.

But Gaikwad was one of the two CSK players -- pacer Deepak Chahar was the other -- hit by COVID in UAE. As Dhoni struggled to find the right batting combination and CSK hurtled to one defeat after another, Gaikwad did not feature in the team's plans.

Perhaps, if CSK kept winning and made it to the playoffs, Ruturaj wouldn't have figured in Dhoni's scheme of things at all but the string of defeats changed all that.

"(The changes) are a conscious effort. We want to give games to people who haven't played and we need them to grab those opportunities. Ruturaj we'd seen him in the nets, but then he got Covid positive and took 20 days. Unfortunate but he'll remember this season," said Dhoni after CSK beat KKR in Dubai on Thursday. (HIGHLIGHTS)

"He's one of the most talented players going around. What makes it difficult is he's not somebody who speaks a lot, so sometimes it becomes difficult for the management to gauge a player," Dhoni said. 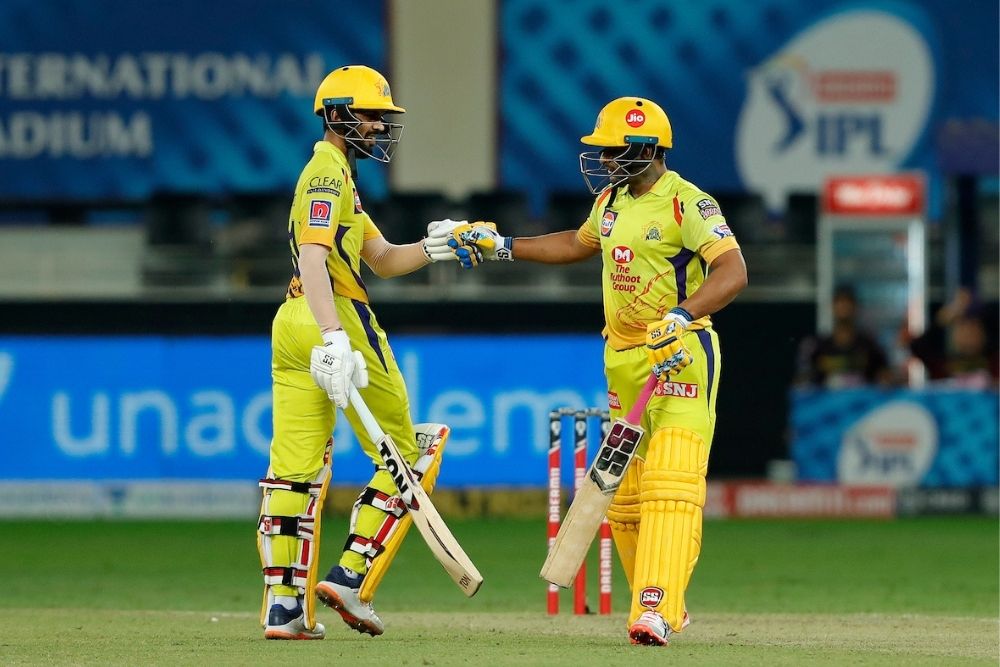 Fleming was lavish in his praise for Gaikwad who shone in the win with a 72-run knock, displaying the spark that Dhoni did not see in the younger bunch of the side.

"He has done well in the last couple of games. We're happy that he's taken the opportunity. We look back at the missed opportunities when he got COVID-19. He missed out the pre-season, he came back after about 4-5 weeks in isolation," Fleming recalled.

"We tried to get him involved but he was a long way from being ready. So we're just happy now to create the opportunity and he has shown us that he's the right player," he added.

Raina's future at Chennai Super Kings looks doubtful. Team insiders say that the management may not think of Raina ever again.

Although it is too early to suggest Gaikwad will fill Raina's big boots, Dhoni and Fleming has indicated that the CSK management will invest in young players who not only have the potential to serve the former IPL champions but don India colours as well.