On the eve of the 14th IPL, five-time defending champions Mumbai Indians' skipper Rohit Sharma spoke about life inside a bubble 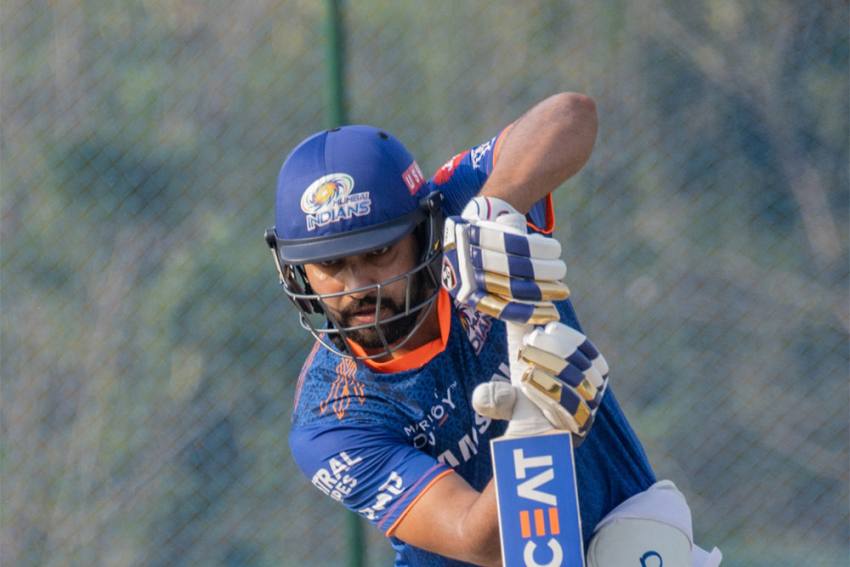 Rohit Sharma and Mumbai Indians start their IPL title defence with a mouth-watering clash against Virat Kohli's Royal Challengers Bangalore in Chennai on Friday
Courtesy: Twitter (@mipaltan)
PTI 2021-04-08T21:34:26+05:30 Rohit Sharma Feels Lucky To Be Playing Cricket When Many Are Not Even Able To Work Due To COVID-19 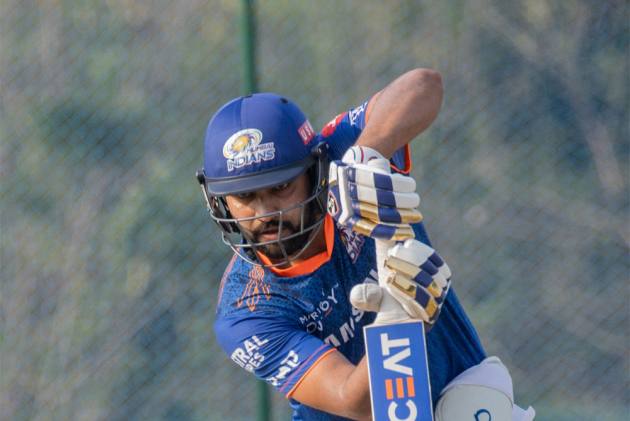 India's star batsman Rohit Sharma says he is lucky to be playing cricket at a time when many, living outside the safety of bio-secure bubbles, are struggling to do their favourite activities. (More Cricket News)

On the eve of the 14th IPL, five-time defending champions Mumbai Indians' skipper Rohit spoke about life inside a bubble, a new normal necessitated by the raging COVID-19 pandemic.

"At least I am happy playing cricket which is what I love at the end of the day. If we have to adjust, we have to adjust. And try and see how you can get the best out of, you know, this bubble life as well," India's white-ball vice-captain added on Thursday.

In a much-awaited opener, MI will take on Virat Kohli's Royal Challengers Bangalore at the Chinnaswami Stadium, Chennai.

He said the country's memorable recent triumphs against strong teams such as England and Australia will give Indian cricket a lot of confidence going ahead.

"... The whole world has seen what we did there in Australia. The performance we put in as a team was so pleasing to see, especially by the younger players who have just come in to the squad. Taking up the responsibility, rising to the occasion, which was so great to see.

"So that was Australia and then we were playing England in India. Again, beating England in all three formats. All the players put their hands up.

"England is a very, very competitive side and they have done really well in the last few years. And to beat a team like that gives us a lot of confidence moving forward," the prolific scorer said.

Rohit also recalled the times spent inside a bubble in the UAE during last year's IPL.

"For me it was a little tough because I was injured during the IPL and I had to go back and get my hamstring sorted. So it wasn't easy and then we had a very challenging tour of Australia after that and I missed quite a bit of it.

"We have had some good times in the bubble, especially during the IPL in the UAE we had some solid memories that we created.

"Plus the bubble life in Australia and now in India, when we played against England. It was good, we got to know a lot of players who usually don't come out of their rooms.

"So we had the team room where we used to and chill and talk about a lot of stuff which was nice, which is something I feel has changed from the previous year. It's nice to have the company around and have that bonding going," he said.

Entering the lucrative league as one of the favourites, Rohit's MI will complete a hat-trick of title triumphs if they win the IPL this year.

Who Is Nethra Kumanan