Ruben Dias, Phil Foden, Kevin De Bruyne and Ilkay Gundogan have all been nominated for the PFA's main prize, as have Harry Kane and Bruno Fernandes 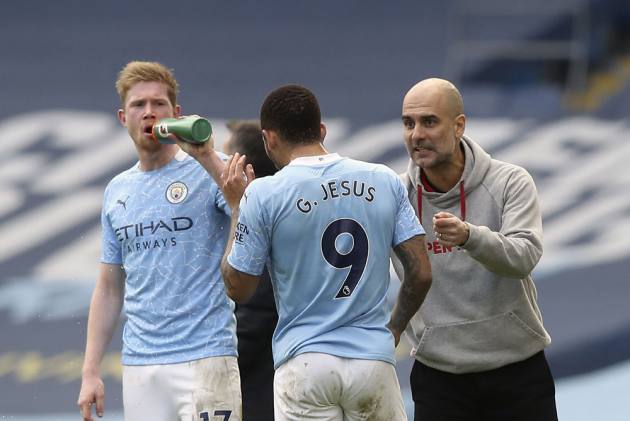 Manchester City have four players in the running for the Professional Footballers' Association's (PFA) Men's Footballer of the Year award. (More Football News)

All four have been named on the PFA's six-man shortlist for the prize, which is voted for by the players.

Portugal centre-back Dias – winner of the Football Writers' Association gong – is seen as arguably the favourite after a stellar first campaign at City following his move from Benfica last year.

While City only conceded three goals fewer (32) than in 2019-20 (35) when they finished second to Liverpool, many have compared his quick adaptation and influence to that of Virgil van Dijk after he joined the Reds from Southampton.

Admirers have also credited Dias' steadying of the City backline with playing a major role in the improvement of John Stones alongside him, the England international finally reaching a level many suspected he may never find despite his potential.

For a while earlier in the season Gundogan looked as though he would probably be the frontrunner for end-of-season prizes, as he embarked on a remarkable scoring run that ultimately helped him finish with 13 in 28 Premier League appearances – more than double his previous best for a domestic season.

The nominees for the 2021 PFA Men’s Players’ Player of the Year!
@B_Fernandes8@HKane@IlkayGuendogan@DeBruyneKev@PhilFoden@RubenDias

Only Bruno Fernandes (18) can better that among midfielders, though nine of his were penalties – none of Gundogan's were, with the German deployed in a more advanced role as City largely played without an out-and-out striker.

De Bruyne's nomination did not come as a surprise either, the Belgian having laid on 12 assists this term, a haul bettered by only Harry Kane (14).

Foden is the youngest of the six nominees and it is likely to be the first of many for him, with the 21-year-old having a hand in 14 goals (nine scored, five assisted) in what was a breakthrough season – his 1,611 minutes played not far off double the 892 he managed in 2019-20.

Fernandes and Kane are the two non-City representatives up for the award – they are also the two players with the most goal involvements in the 2020-21 season.

Tottenham star Kane took home the Golden Boot thanks to his tally of 23, while he also topped the assist charts.

They are two of just nine players across the top five European leagues to reach double figures for assists and goals in 2020-21.

Foden is also up for the Young Player of the Year award with Trent Alexander-Arnold, Mason Greenwood, Mason Mount, Declan Rice and Bukayo Saka – an all-English shortlist.