One Day The Music Will Stop, Teary-Eyed Leander Paes Tells His Story

After playing his 'last match' on home soil in the final of Bengaluru Open on Saturday, Leander Paes, possibly India's greatest tennis player, shared his story... 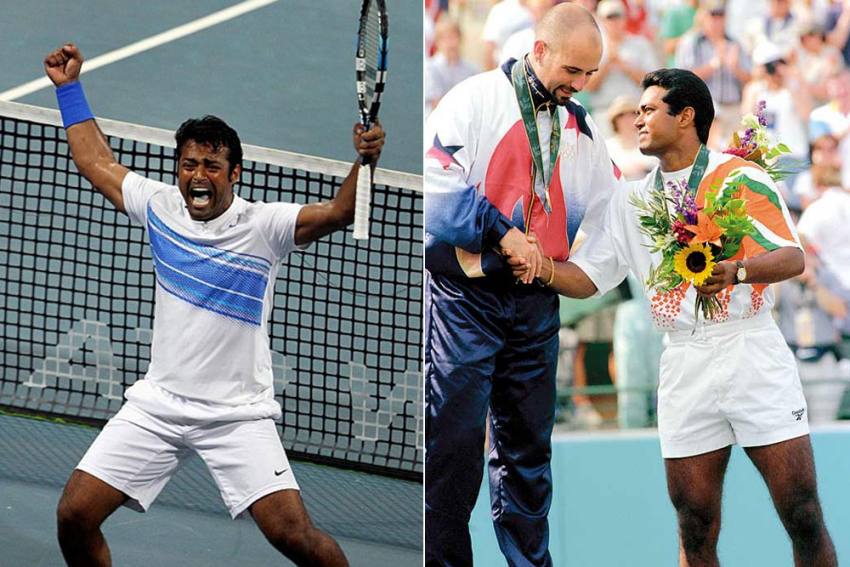 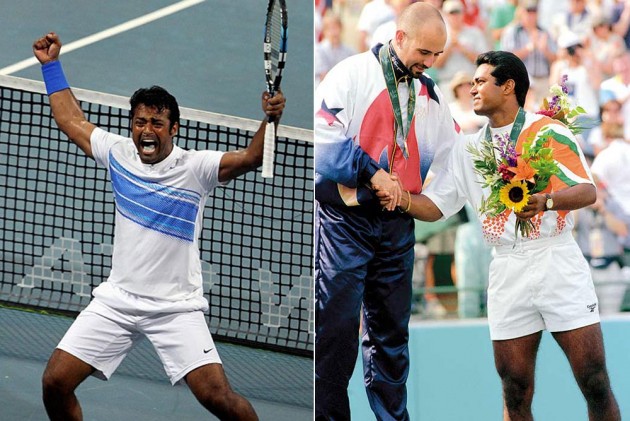 On grainy TV screens across India, a young tennis player, draped himself in the Tricolour, showed the country what makes a proud Indian. On that historic day in 1996, Leander Paes became the first Indian to win an individual Olympic medal in 44 years. Fast forward, in circa 2020, one of the pre-eminent superstars of Indian sport finds the same calling when he sees a girl with the Indian flag painted on her cheeks. This has been his story -- the not so ordinary love story with the flag. Every Indian knows what the Tricolour has made this Lion do on the court in the last three decades. Now, he wants a final roar. After all, one day the music will stop. And he has a story to tell.

It was supposed to be a perfect ending. But as it turned out, Paes settled with the 'brass,' not gold, in his final match on home soil. The 46-year-old and his Australian partner Matthew Ebden lost to all-Indian pair of Purav Raja and Ramkumar Ramanathan in the men's doubles final of the Bengaluru Open on Saturday. That's a sad note to end. But the legend found the glory in it and proudly said that "when you get to the finish line, it's nice to there at the top. I don't want to retire when people are saying get out of the way... to finish, to get to the finish line, to get there with trophies in hand, that's pretty special. Pete Sampras retired when he was right at the top, Michael Jordan retired when he's right at the top."

Why is @Leander proud of himself in his last competitive tournament in India! pic.twitter.com/yQrGxBXrZb

After giving some of the most iconic moments in India's sporting history, Paes is running the final leg of his professional career. Earlier this year, the doubles specialists, who started as a world number one boys' singles player, announced that 2020 will be his last season in the pro-career. But the post-match ceremony at Bengaluru started with a deterrent. "You know, had someone told me that in my final tournament at home I'll be playing the final, I would have taken it," he said, slightly hesitant to admit that he will be doing the swansong act before the close of the year.

'One Last Roar,' that's what Paes called his 'farewell tour'. He did roar really loud during his trophy-laden career, including big wins against some of the top guns. He spent 39 weeks at No. 1 in doubles rankings, won 768 tour-level victories including 18 Grand Slam doubles titles (eight in men's and 10 in mixed). Then, there was the biggest of them all -- bronze medal at Atlanta Games. He is the most successful doubles player ever in the Davis Cup.

Paes is proud of his achievements and shared the moment which helped him realise that his journey has been a "very well run" one, "a race very well run."

"For me, it only sunk in once today. When I finished the match, I went down the back signing autographs, one young girl, she must be probably around five-six and she had the Indian flag painted on both her cheeks and she gave me one 'One Last Roar' t-shirt which was twice her size. She laid it down and said Leander, can you sign this? For a four or five-year-old who is about forty years younger to me saying that means she recognises what I have done," he said.

He did break down after the final match on home turf. But there should not be any misgivings about his mental fortitude, which is best described by Andre Agassi. In his autobiography, the American legend hailed Paes as the 'Bard of Bombay,' who makes you feel that "he's never learned to hit a tennis ball," yet "beating you soundly".

What made @Leander cry on his final day of competitive tennis in India? pic.twitter.com/G833mbtgDd

This reminds of the fist-pumping, chest-thumping tennis player who, together with his long-time doubles partner Mahesh Bhupathi, used to take on robots in the promos of Chennai Open in the pre 'social media' days. No hyperbole here, Paes sure had the "tour’s quickest hands" and would "fly to the net". And he's ready to sign off with those enduring sights, leaving inspired kids.

Today, India have plenty of emotional players ready to show their patriotism, but not always in the most admirable manner. For example, the Indian under-19 cricket team's fight with their Bangladesh counterparts after the final of the ICC U-19 World Cup. Don't blame them, they grew up watching certain players and they have their role models. But back then, in the Grunge era, it was about rolling up the sleeves, and doing the work. Yes, when one turns up for the national team, emotions run high, but using it judiciously is the key. And Paes was one shining example of aggression and control. His Davis Cup exploits are vivid reminders of that fact. Remember his epic grass-court win over one of the greatest servers of the games, Croatian Goran Ivanisevic in 1995 at Kolkata. That match had everything.

So, how will it be for Paes when he finally hangs his racquet?

"Part of being a professional is that you kind of numb your feelings a little and like I said, one day the music will stop, one day music will go silent and there will be other roars, other sounds, other magical things to do. But as of now, when you are a professional and you are working at it [we play single day this week so far], we have got to prepare for the ride. Now, we have got prepare for the next tournament, chasing that next match. As a professional, you are always looking at what you can improve, what the next step is. But maybe, tomorrow another young kid will come up and say bye," he explained.

Paes, who has 44 wins in Davis Cup doubles, for the first time dropped out of top-100 in 19 years. But the legend remains in contention to make Indian team for the Tokyo 2020 Olympics -- which will be a record-extending effort for any tennis player -- and he knows what inspiration means.

"When I was coming out for the match today, my dad messaged me and said: In the seventies, I used to play hockey in Bangalore and wanted the crowd there to come up and be inspired by me, and we are in 2020 and you [Leander] are inspiring the crowd all over India with your tennis. My dad is very special and I hoped I made him proud," the seven-time Olympian revealed.

What did dad Vece Paes tell @Leander on his final day of competitive tennis in India? Here's an emotional statement from the champion pic.twitter.com/DRaAE32mhz

Leander's parents, Vece Paes and Jennifer, have represented India at the Olympics. Vece won a bronze medal with the Indian national hockey team in the 1972 Munich Olympics. In the same Games, Jennifer competed in the women's basketball event.