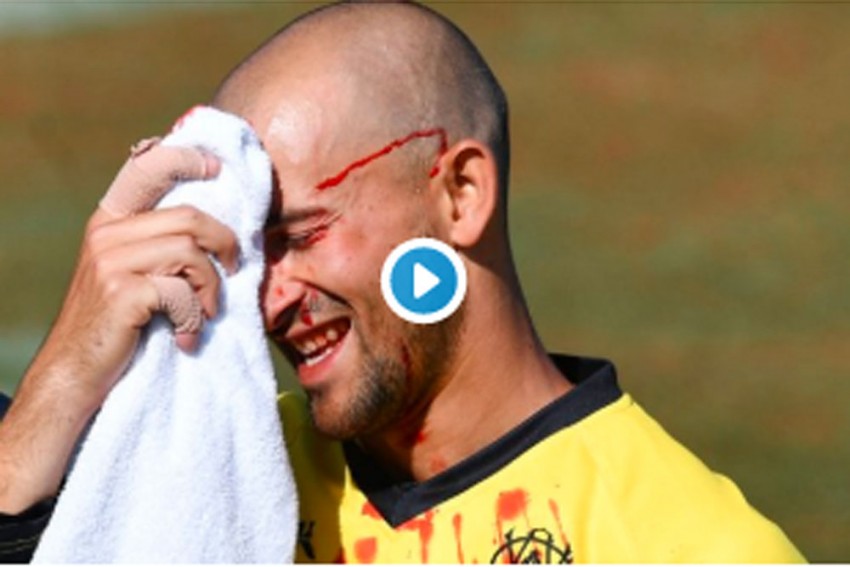 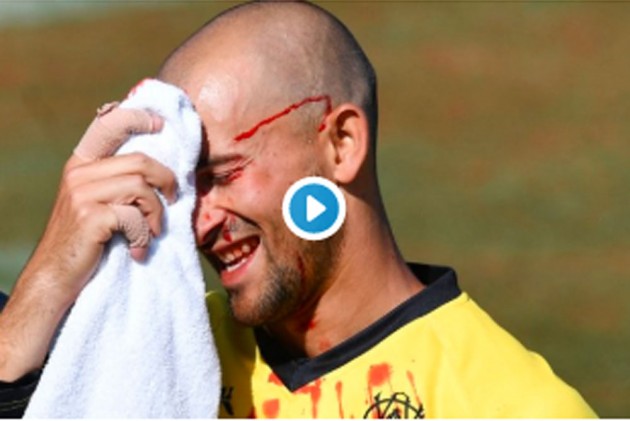 Many of us have been hurt in the rough and tumble of a sibling rivalry, but the injury inflicted on Ashton Agar by his brother Wes was entirely inadvertent. (More Cricket News)

The brothers were on opposing sides as Ashton's Western Australia faced off against South Australia in a Marsh One-Day Cup clash on Sunday.

Australia international Ashton suffered a laceration on the bridge of his nose after slipping when attempting a routine catch off Wes at mid-on and being struck by the ball.

Ashton was left with a bloody face and Jhye Richardson immediately called for the medical team to attend to his team-mate, while Wes ran over to check on his brother.

The incident can be seen below, but be warned it does not make for pleasant viewing.

GRAPHIC CONTENT: Not for the faint-hearted, here is the footage of Agar's knock. Ouch! #MarshCup pic.twitter.com/h6Jj3drPsO

"He slipped over and the ball hit his glasses and the glasses split him open," Wes Agar said.

"The doctor wanted to stitch him up, but he just got engaged so he said he'll leave it to a plastic surgeon.

"I was pretty rattled ... It looked really bad. I was just worrying about his health. I wasn't thinking about anything else, I just ran out of my crease to go see him.

Earlier, Wes had dismissed his brother to round off a five-wicket haul but it was Ashton's Western Australia who won a thriller by six runs.

"It's always nice to get your brother out," Wes added. "I played against him once [before] but only bowled about two balls to him.

"To get the five and him on the fifth, I'm not going to lie, it was pretty special."

Ashton has played four Tests, nine ODIs and 21 T20Is for Australia, including the recent three-match series in the shortest format against Pakistan.