There are a few shortcomings that experts have noticed in Prithvi Shaw's batting after the 20-year-old right-handed batsman, but India captain is ready to wait and watch 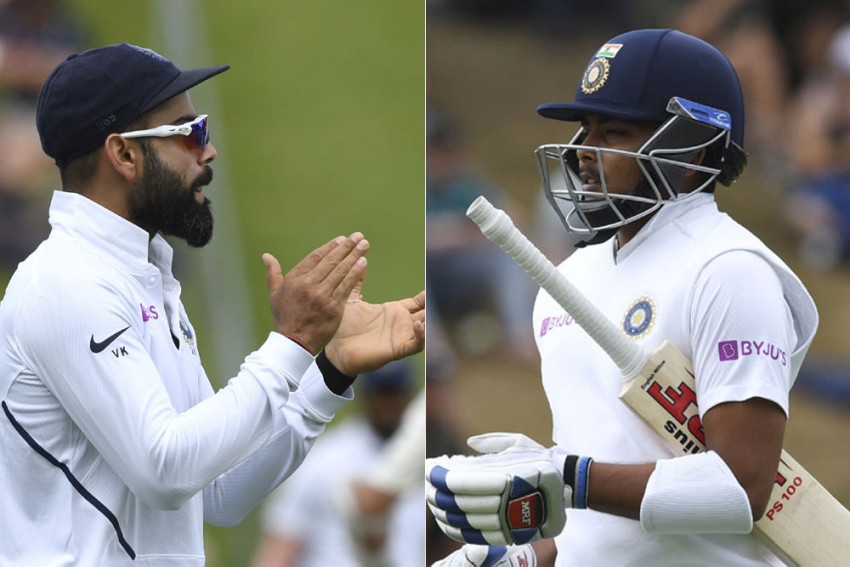 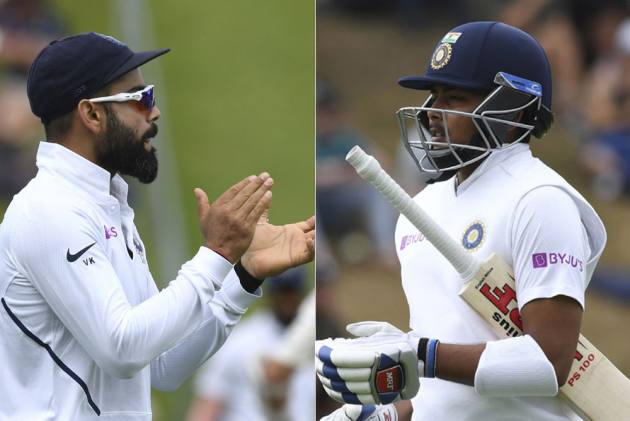 Trent Boult and Tim Southee have exposed the chinks in Prithvi Shaw's armour but India skipper Virat Kohli is ready to wait and watch before any corrective analysis as he does not see a pattern in the young opener's dismissals so far. (More Cricket News)

There are a few shortcomings that experts have noticed in Shaw's batting after the 20-year-old right-handed batsman scored just 16 and 14 in the two innings of the first Test against New Zealand in Wellington, which India lost by 10 wickets.

"I think we can sit down and analyse, maybe after 8 or 10 similar dismissals. I don't think (it's fair to the guy), who is playing away from home for the first time and is probably experiencing a different kind of bowling attack at the international level compared to playing at home," Kohli had said, when asked about Shaw's dismissals at the end of the first Test.

"I don't think at this stage, we need to sit down and discuss what's going wrong because I don't see anything wrong. It's the execution of things which was not there."

Shaw has, probably, the biggest back-lift in this current crop of top-order batsmen and often when the New Zealand bowlers are employing the short ball tactic, his bat face tends to close by the time the delivery reaches him.

Scott Kuggeleijn got him out in the first innings in the warm-up game in Hamilton and Trent Boult also used the tactic successfully in the second innings of the Wellington Test.

"I think as a batsman until you are committing the same mistake about seven or eight times, you can't really sit down and worry about things too much," Kohli said about his junior colleague.

International cricket is about finding one's own straps and Shaw also will work out what is best for him, feels the captain who has 70 hundreds to his credit in all formats.

"He (Shaw) will figure out. He will find ways to score runs because he is a natural stroke-player and he scores runs. It is not that he gets small runs (when he gets them). He gets big runs and knows how to get runs."

The reason why Shaw faltered could be due to the lack of understanding of the pace of the Basin Reserve track but the former U-19 World Cup-winning skipper was not alone as some of the team's other big names also failed to gauge the nature of the pitch.

"It is just a matter of understanding the pace of the wicket and conditions as soon as possible. Again, when he is in a clear frame of mind, he is very, very destructive," Kohli said, hopeful that Shaw will learn quickly.

Clarity of mind is paramount at the highest level and once Shaw has that, there would be no stopping him.

"I think whenever we have done well overseas, the opening partnership has been with a lot of clarity and positivity even clearing the in-field, taking bowlers on so that you put them under pressure. He is that kind of a player," Kohli said.

"Once he feels that he can do it, I think it will be a different ball game. The mindset can shift very quickly."

While Kohli's Test squad has had horses for courses policy, it seems that the skipper wants to stick with Shaw in the second Test even though Shubman Gill can't be completely ruled out of reckoning.

"Prithvi obviously wants to perform and no doubt about it, every batsman wants to. We need to give him that time to get used to the conditions a little bit and once he starts scoring, he will feel more confident about it."